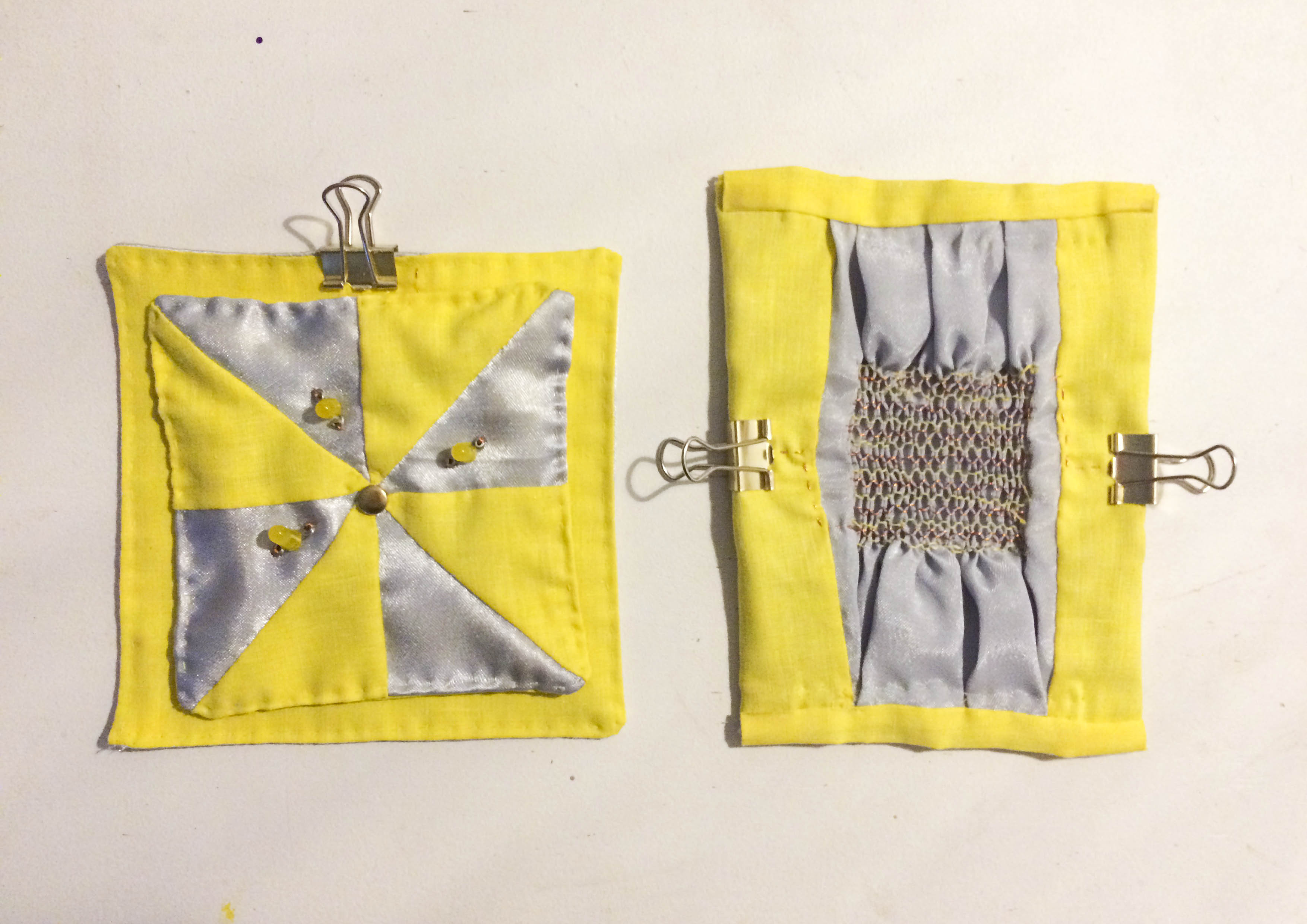 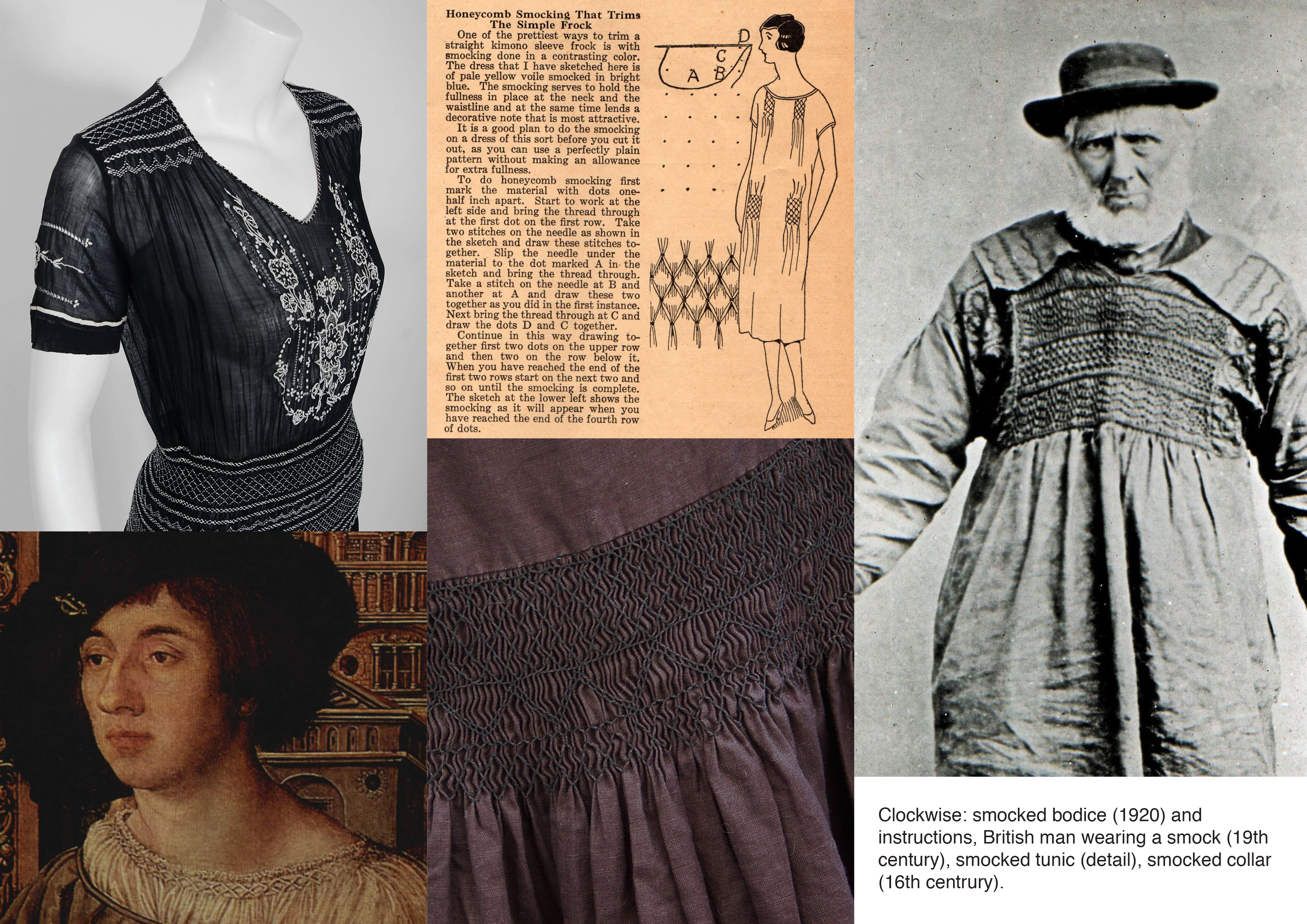 As of yet, I just learned that I need to redesign the electrical circuit of my digital sensor. It does kind of work as a push button but the result is not as I would like it, that is, more like the blades of a turning windmill with blinking yellow leds attachted to them. For the latter I need to redesign and rebuild the electrical circuit and that will take me at least a day (since it took me three days to make what you see in the photos below). The problem with the model I made is that I created a complete conductive patch for each of the leds. Instead I need to put in a non-conductive ‘rig’ to seperate the + and - parts of each led. (One week later.) So now I have made the switch sensor, which is a combination of a tilt switch and a push button. I have made conductive patches with non-conductive paths in between, so there is only contact when the top part is either pushed on or turned over the bottom part of the sensor. In order to get the patches in the right place I drew them on a petri dish. What I also did different compared to the first prototype: I sewed the leds on the top in stead of underneath with conductive thread. So I didn’t need to push ugly holes in the top.

The push button works but the design is not what I want. 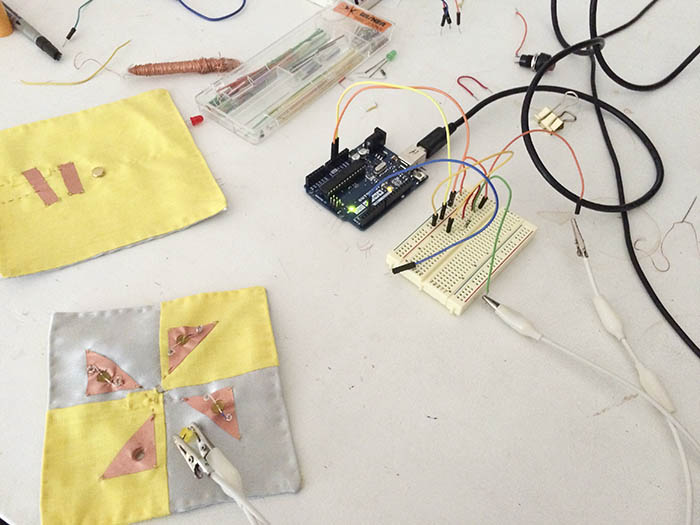 The patches on the top short-circuit. But at least I could connect the led to the Arduino. 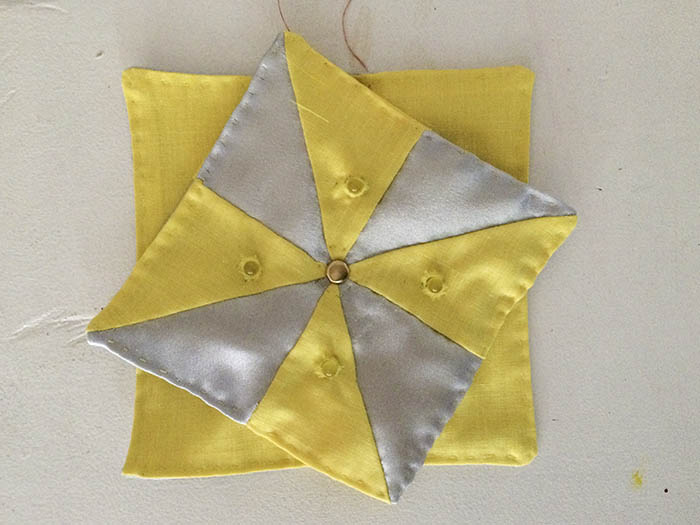 So now the lights should go on (but they don’t)… 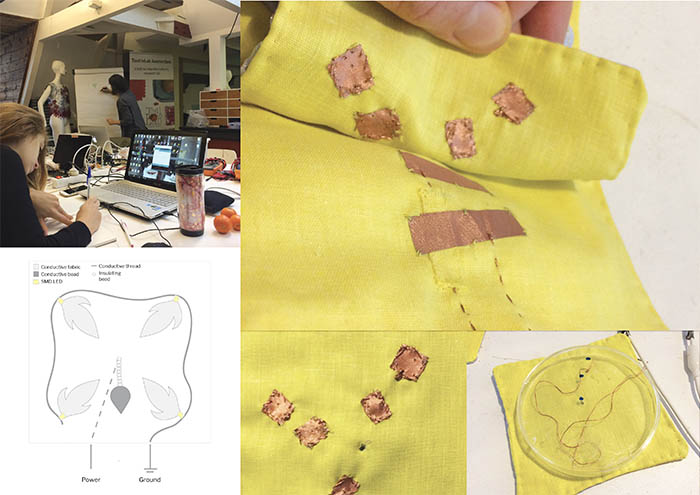 Working on a nice idea with a pretty result (if I may say so myself) but very time consuming. I am using copper thread for smock-embroydery, which is an ancient technique to make fabrics elastic. I found out that in the first iteration of the prototype that making one single copper stitch line is not enough to create enough restistence. So now I am making the stitched line longer (increasing resistence) by going up and down in between all the other the stitched lines. Need some time to finish this. Already I am dreaming of making a smocked top that emits different lights when the wearer breathes in and out, stretching and unstretching the smocked part of the garment. But hey, need to finish the prototype first. (One week later.) The sensor works! But still the variation in resistance is very low (the Arduino measures a difference of 240-236). So in another iteration I either need more resistors or I need to use conductive thread with more restistence, like silver-covered nylon thread. Still, I am happy with the look and feel of this sensor. Very soft to the skin too. 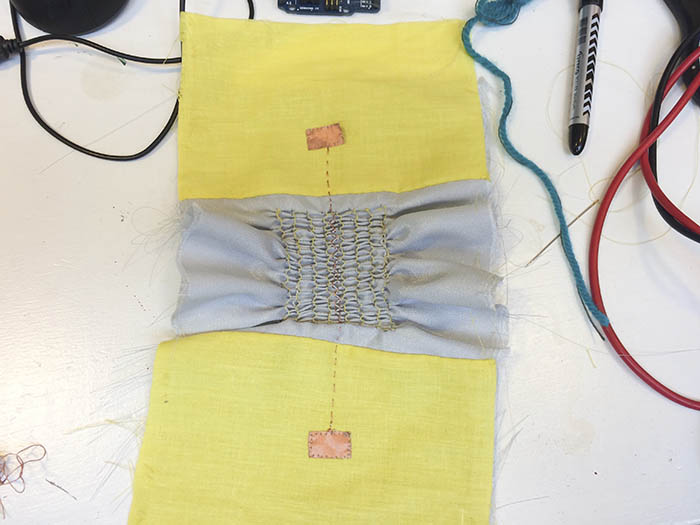 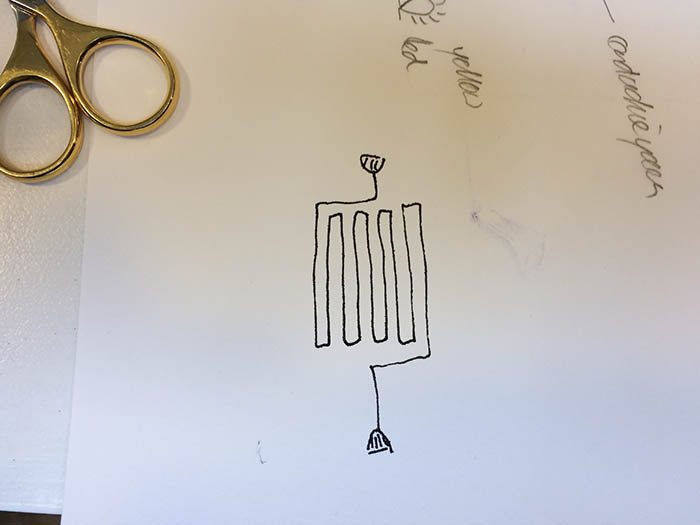 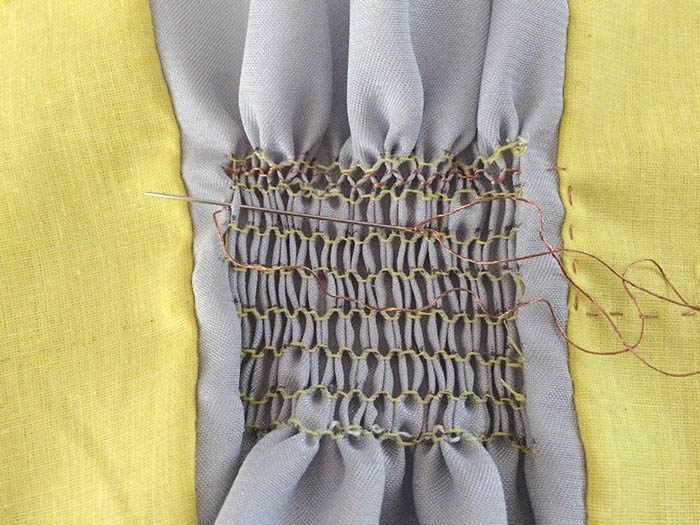 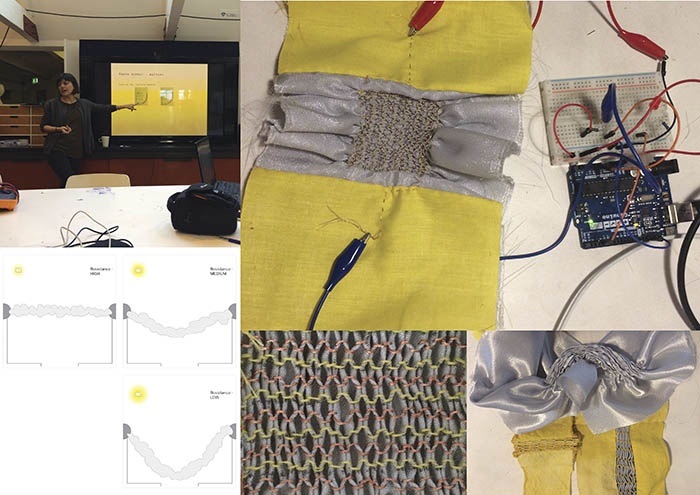 For both sensors I used very simple and rather standard Arduino-code. With many thanks to Emma Pareschi for great instructions! 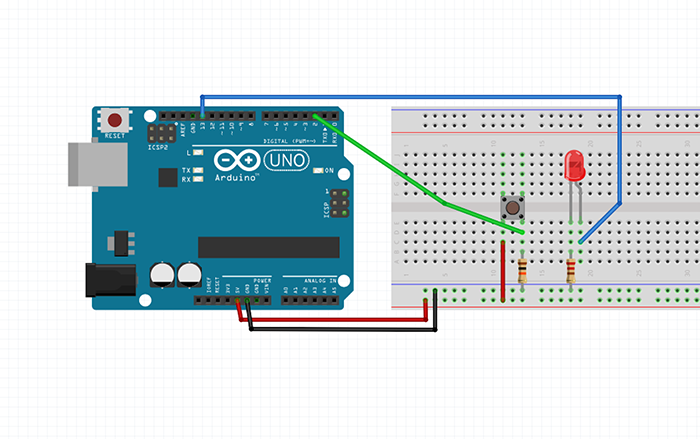