This class has introduced us new digital tools that complement hand tools in order to design, represent, make and modify the human figure that can then be used as a canvas for creation.

Laser cut model | David Oliveria | Han Boodt
Want I wanted to create was a mannequin that would have shown the body but not entirely. Therefore, I made a research about wireframe sculptures.

We started working on the body trought Makehuman, a free and open source 3D computer graphics software middleware designed for the prototyping of photo realistic humanoids. This software has a very userfriendly interface, very easy to use. It’s very intuitive to use and go trought all the sub-tabs. Here is shown how changing some parameters change all the body. 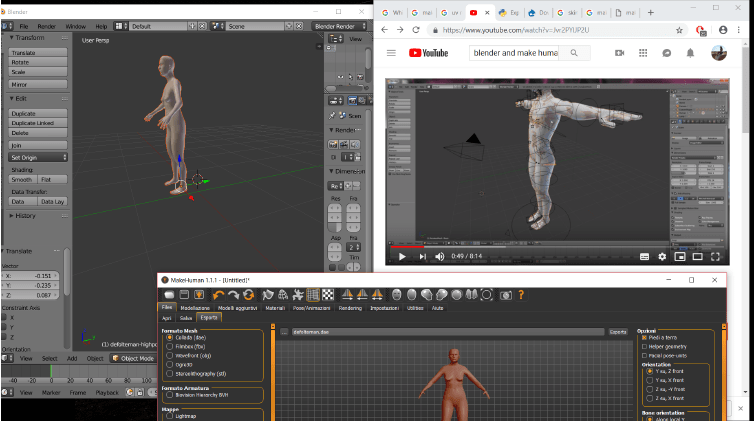 It’s also possible changing the position of the body.

Playing around with MakeHuman I found that it’s possible export the model as UV map or Lighmap. UV mapping is the 3D modeling process of projecting a 2D image to a 3D model’s surface for texture mapping. The letters “U” and “V” denote the axes of the 2D texture because “X”, “Y” and “Z” are already used to denote the axes of the 3D object in model space. A lightmap is a data structure used in lightmapping, a form of surface caching in which the brightness of surfaces in a virtual scene is pre-calculated and stored in texture maps for later use.

Video by Jimmy Paquet-Cormier
Once you’ve exported the program also creates a folder called “Textures” where it saves all the “material” of your model. Here is possible to see on the left the referring model and on the right all the textures. 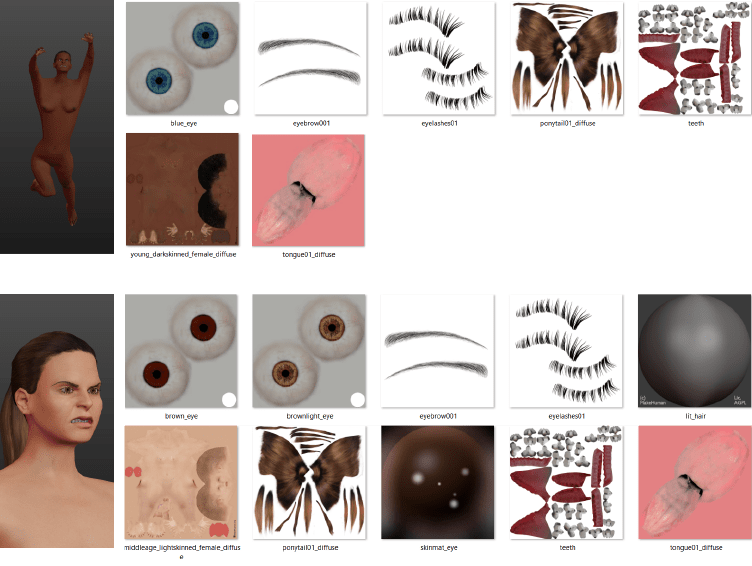 After molded my mannequin I imported the file in Rhino to cut the useless parts of my mannequin.

I also used MeshMixer to cut and repair of 3D model mesh.

Laser cut instruction. From Slicer 360 to the laser cut#

Once satisfied of our mannequin we had to find the way to realized it. The faster machine was the laser cut. We used Slicer for Autodesk Fusion 360. It slices and converts 3D models into 2D patterns that you can cut out of any flat material.
I’ve already used the laser cut during my intership and my previous job at FAB LAB Fondazione Mondo Digitale and I think it’s my favourite machine!!

Slicer also creates 3D instructions you can interact with, to help build a model.

I took photos of the manikin rotates 45 degrees. Than I opened in Photoshop and I

I did some quick renderings on KeyShot. I took a photo of the TextileLab-Amsterdam, where we’re having Fabricademy and I uploded in the background. Than I experimented with different materials. 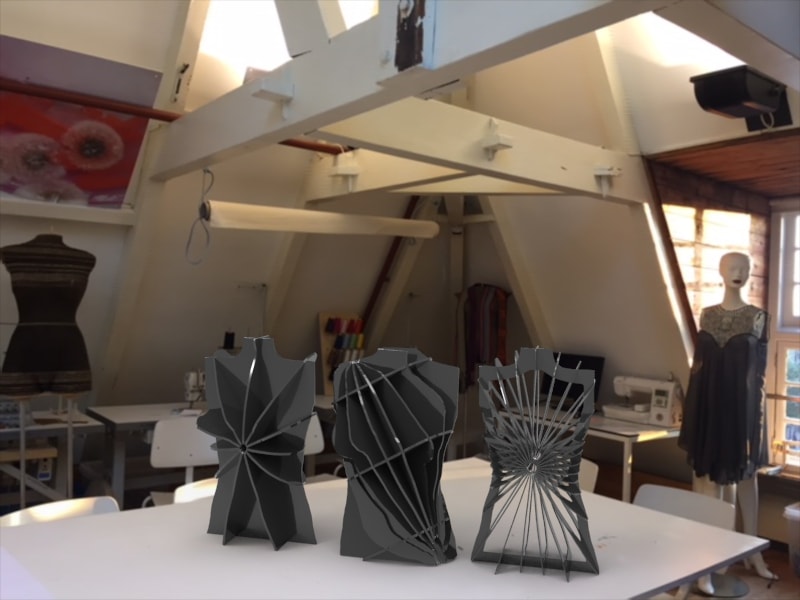 This rendering shows how my mannequins would be if they would have been made of dark gray hard shiny plastic.

At the textile lab we choose to try with two different scans. The one we used was the kinect. The scan has worked not so perfectly so my 3D scanned figure it’s a little weird.

As first scanner we used the kinect. Kinect is a motion sensing input devices that was produced computer gaming. Since you have to scan all around yourself we used a special ‘turning plateau’ for standing on it and be turned by someone else or you can sit on it and moving with your foots.
Teresa and I scanned each other.

Scan N1 | Scan N2
As said before the result it’s not so great. Then I used Meshmixer to try to repair the mash.

After a few weeks(during the E-textiles I), Jessica, Stephanie, Scarlet and I finaly used The Sense 3D Scanner that wasn’t working in the previous weeks (as you can see in this beautiful immage from Jessica documentation). 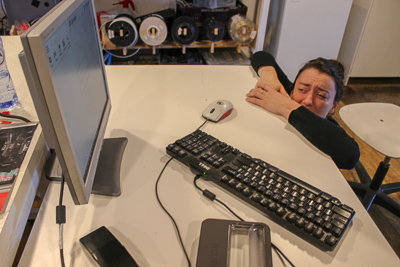 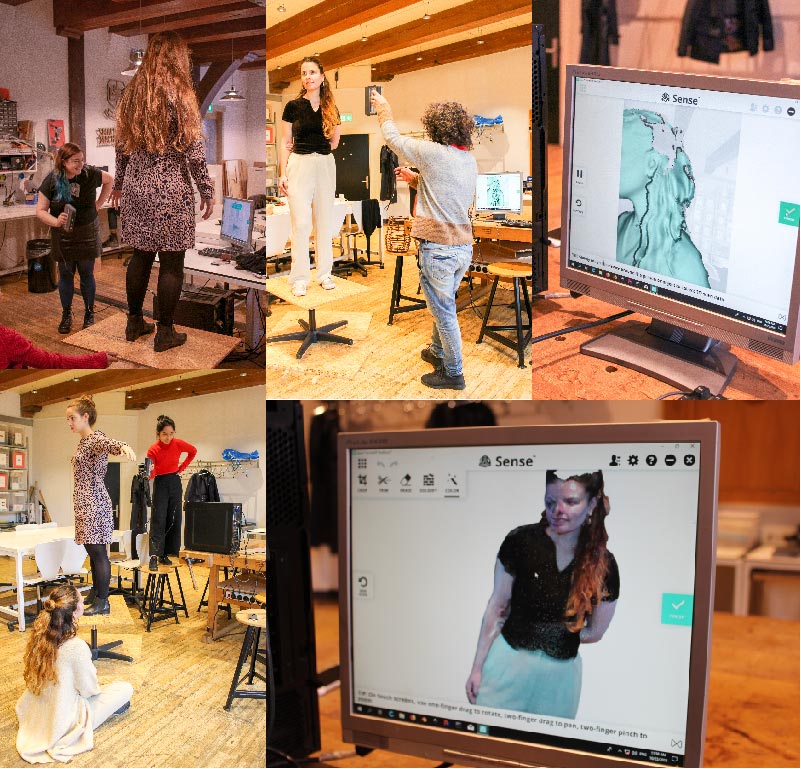 We had some problems:

A special thanks to Jessica for let me use her photos!