The Gardener: Cabinet of under sea memorabilia RESEARCH#

As soon as I decided to develop as final project an outif, at the very the first step has been researching and collecting elements for inspiration.
Nature’s beauty, diversity and energy have always been a huge inspiration for fine arts and fashion.

Inspired by nature in art and design#

The Art of decorative design by Christopher Dresser# 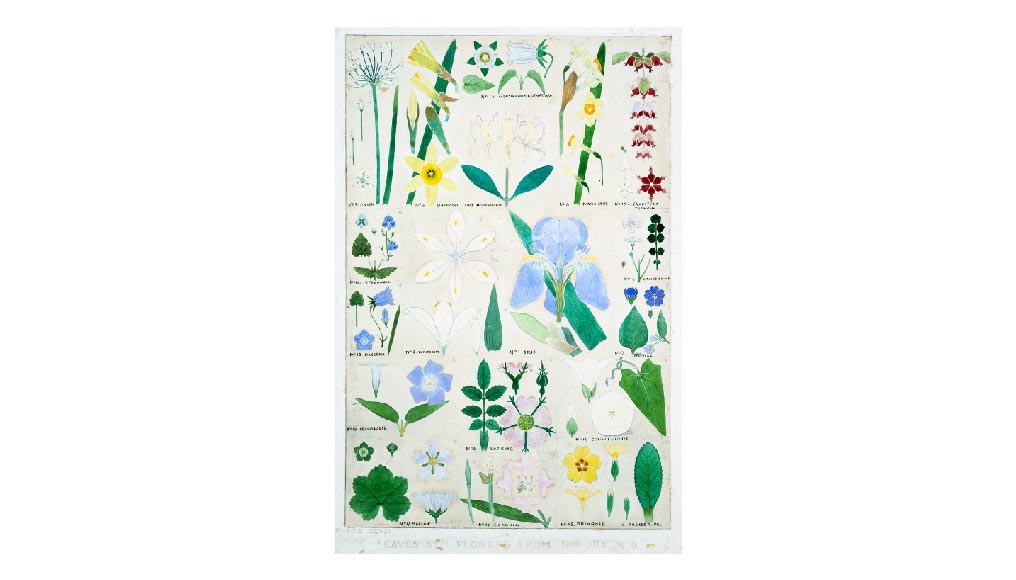 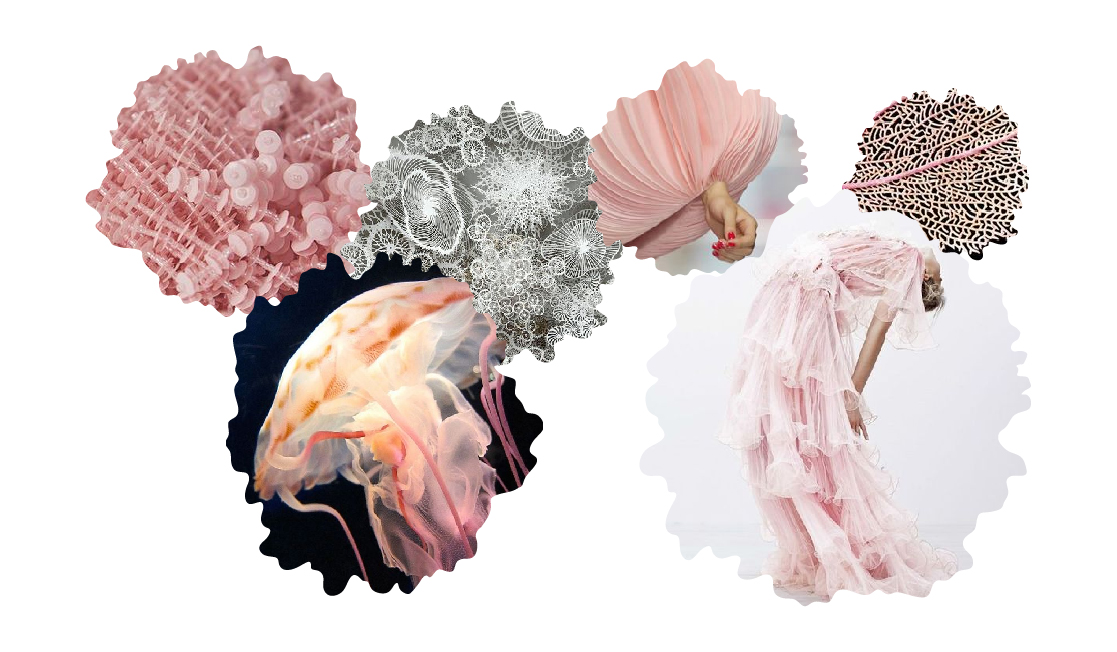 I have always been fascinated by natural elements such as plants or marine creatures and plants that inhabit the sea. As you can see on my previously works during Fabricademy I’ve often been inspired by that:

One of the main focus of this project is researching cataloging the natural dyes.


Of course the color palette is based on the marine creatures but it will be developed particullary trought the use of Hibiscus’ dyes.
PH-sesitive natural dyes are a huge opportunity to better understand chemistry and natural process and they produce a wilde range of beautiful color. That’s why I’ll focus my exploration on the hibiscus.

There’re different tools it’s possible to use to create a color palette.

I’ve started my research creating a pinterest board, collecting inside evocative immages. 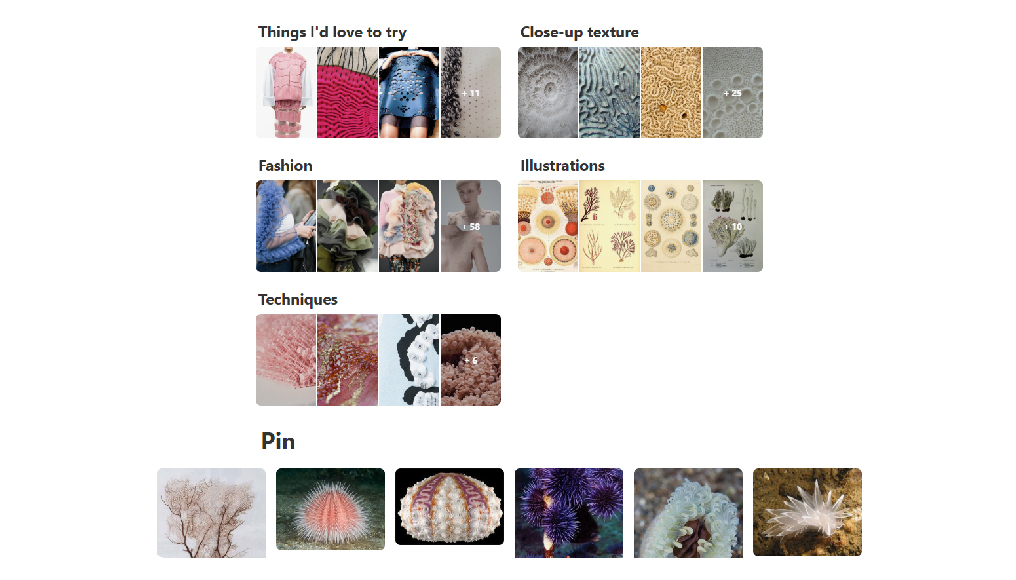 The second second step was to divide the immages in different sections:

There were lots of images and I was feeling a little lost so Cecilia suggest me to start from digitalizing some of the illustration and then think about what they could have become. 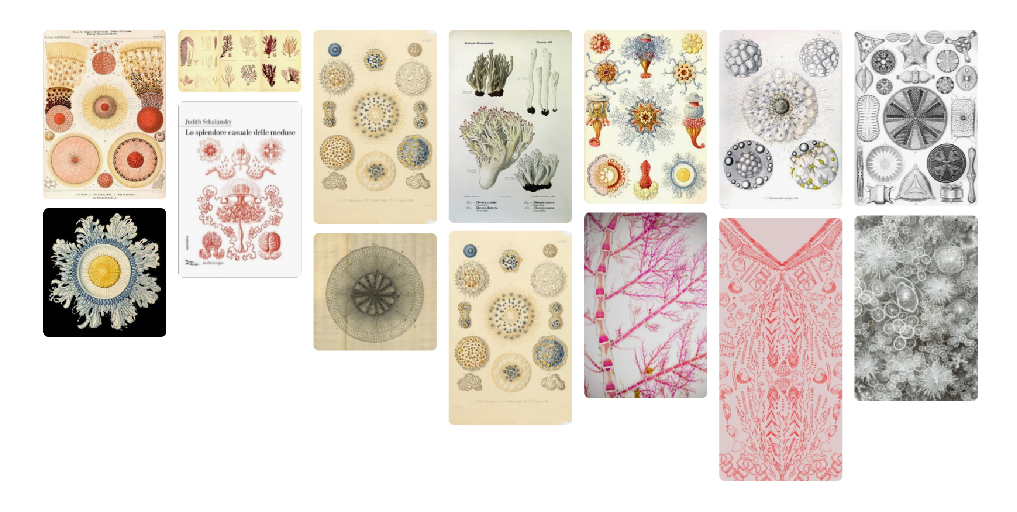 The following immages consist in my first weeks research. Those shapes, patterns, silhouettes are my starting point to develop the design of the outfit.#

From illustration to digitalization#

This has been the research conducted on how translate natural elements in digital and simplified illustration. Here you can see opportunities that have been documented that will constitute inspiration and techniques for the following collections. 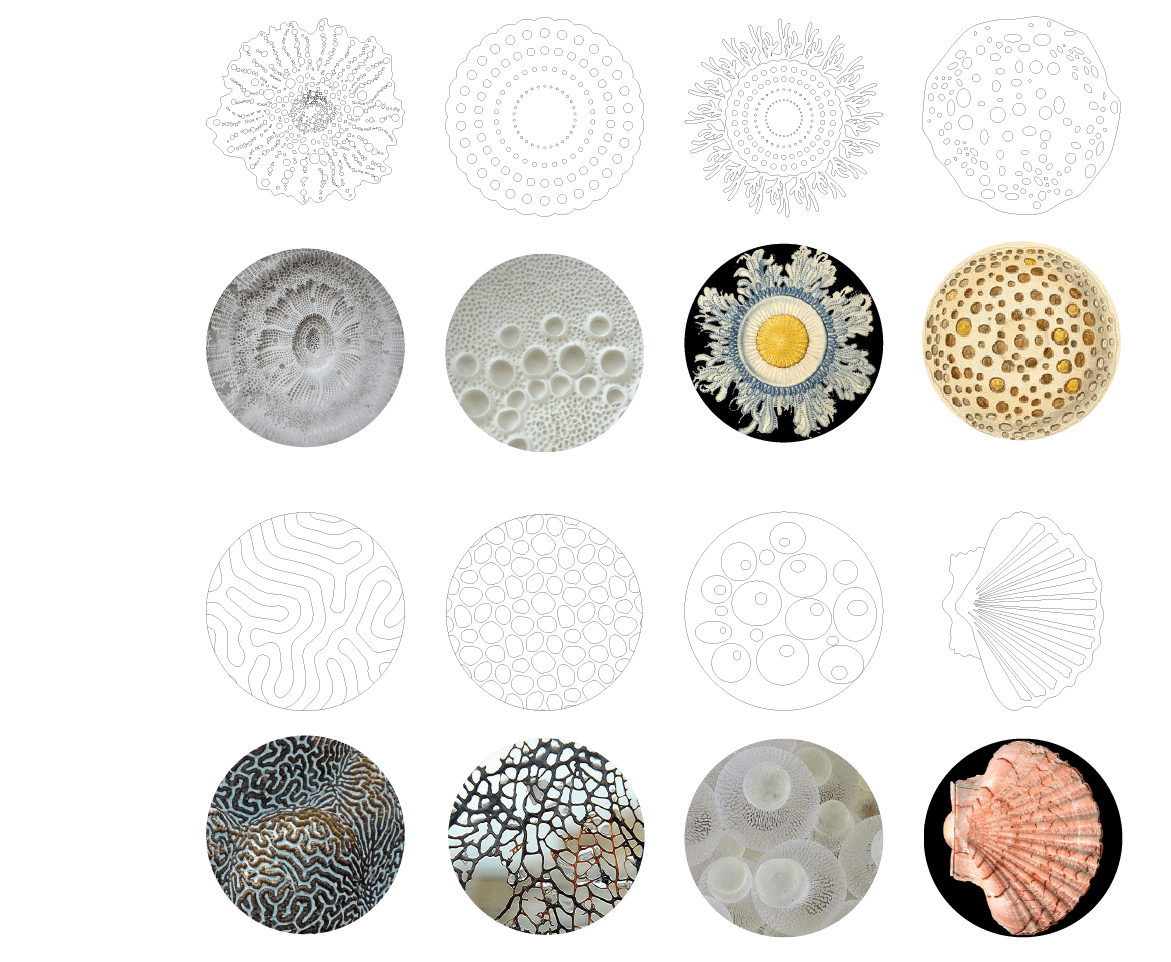 From digitalization to laser-cut texure#

From marine creatures to textile manipulation#