The Gardener: Cabinet of under sea memorabilia#

Cabinet of under sea memorabilia it’s the final outcome of two main research: natural dyes and a study on the digitalisation and re-interpretation of sea creatures in the fashion field.
The result is a made-to-measure cocktail dress and accessories that brings together accessible digital technologies and the value of haute couture. 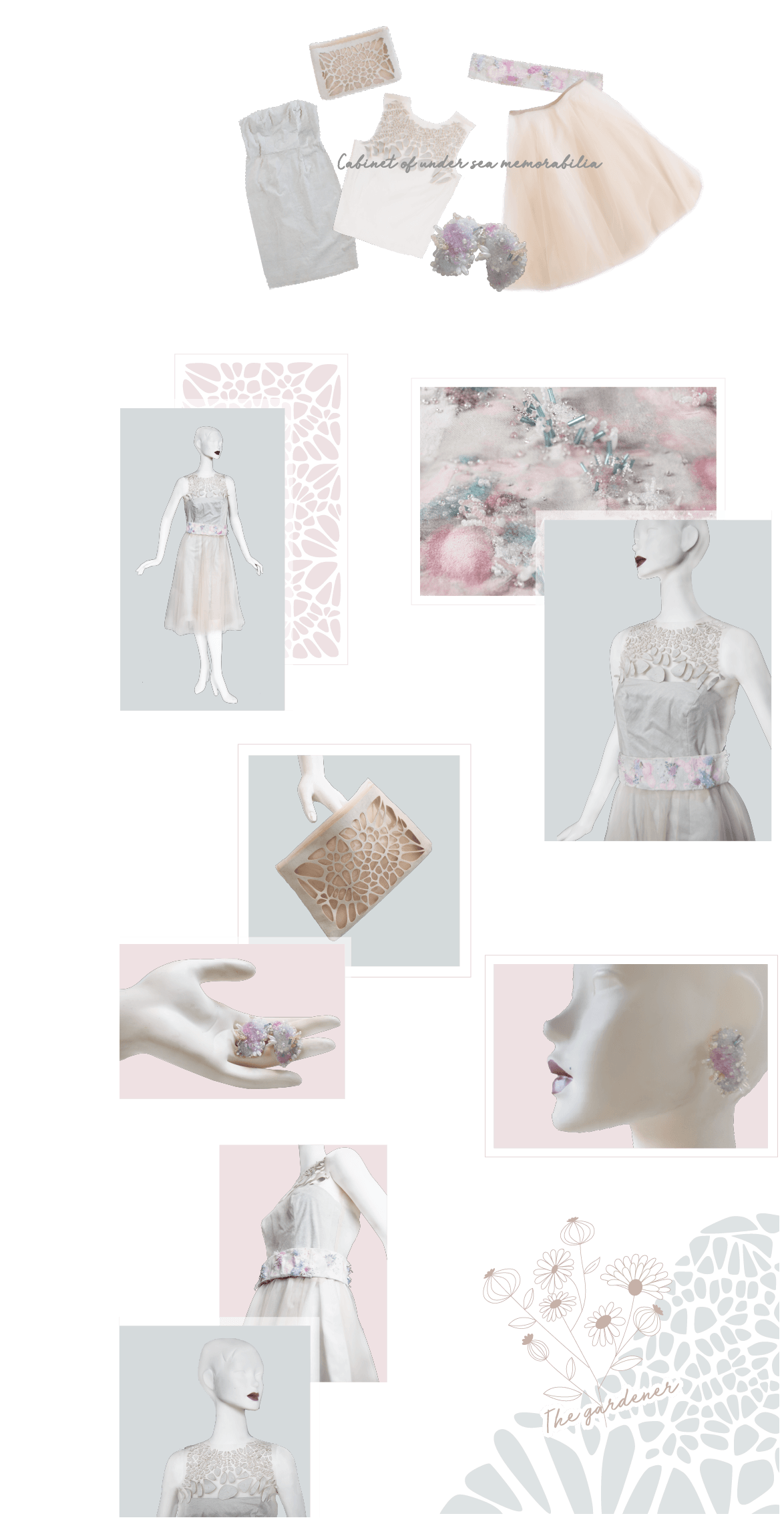 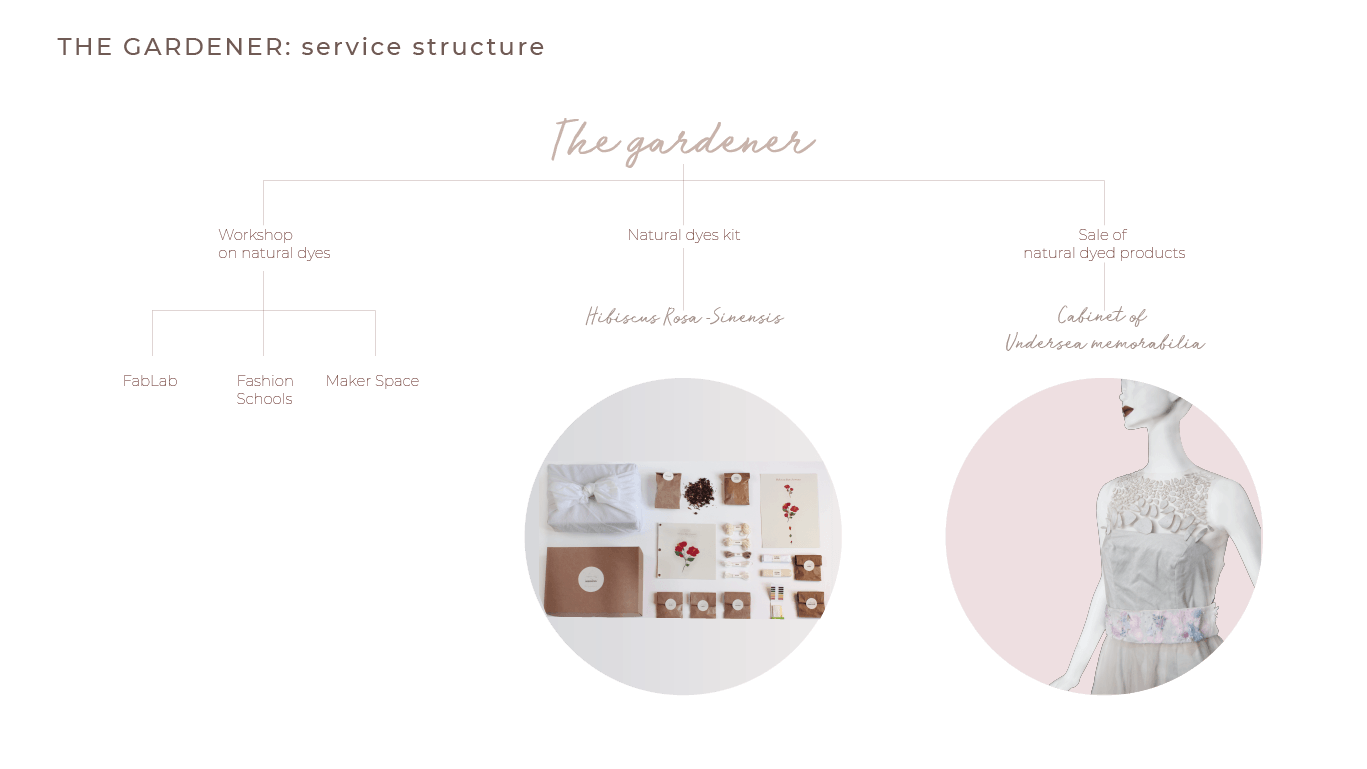 The Gardener aims to start a conversation about crafts, heritage crafts and combining those with new technologies, bringing attention towards a more sustainable future.
The one garment and the accessories embodies part of the technical research conducted at the crossing between digital fabrication and craftsmanship.
Technologies such as laser cutting and parametric design both translate and enhance the possibilities in fashion and accessory design, by speeding up and automatizing repetitive and precise tasks, technologies allow us to create more accessible solution for a much larger public.
On the other hand crafts such as beads embroidery and hand dyeing gives the product the authenticity of a handmade product.

The look is composed by:

The very first idea was to create an outfit with a simple velvet dress with a tulle dress on the top. The tulle dress would have had on the top some application from my research on the digitalization of marine cratures. 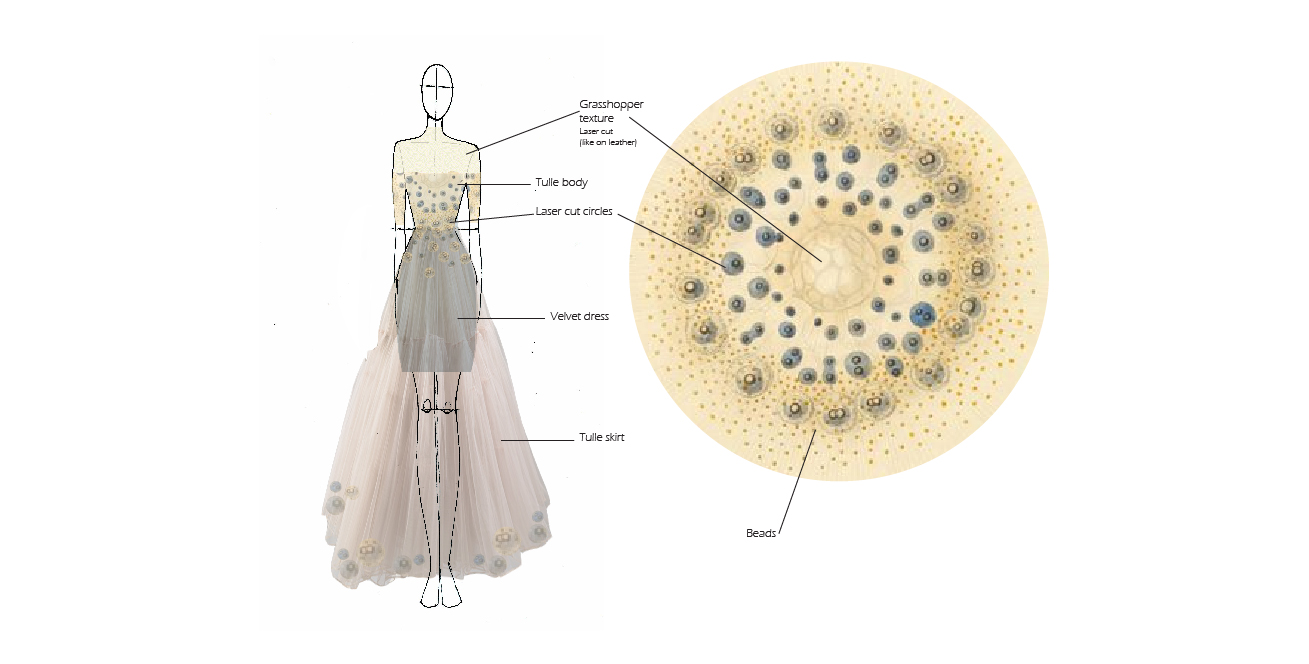 Elements of the art of dyeing, by C.L. and A.B. Berthollet

Struggling for the right color#

I really don’t know what went wrong but I’m struggling and crying for reaching the color I wanted. I did many many beautiful tests and I found a nice purple-blu-green color that reminds me the Betta fish.
I over-dyed my fabric, since now, two times and I haven’t reach that color yet. The firt time I had a really pale pink (not really an happy color!) and the second time has been even worse…
I had a pale, sad, washed yellowish green (I swear I cried!!) that looked like “una granita di pistacchio con la panna quando si inizia a squagliare!” ->“a pistachio granita with cream when it’s starting to melt”.
Pistachio granita is actually one of the best food in the world but maybe not the best color ever for this project!
If it will ever happen that you’re having an holiday in Sicily near Ragusa I really suggest you to try Bar Riviera in Donnalucata (Via Pirandello 11, 97018 Donnalucata, Sicilia, Italia), a nice cafè with the best granita ever!
Pistachio granita recipe(in italian) 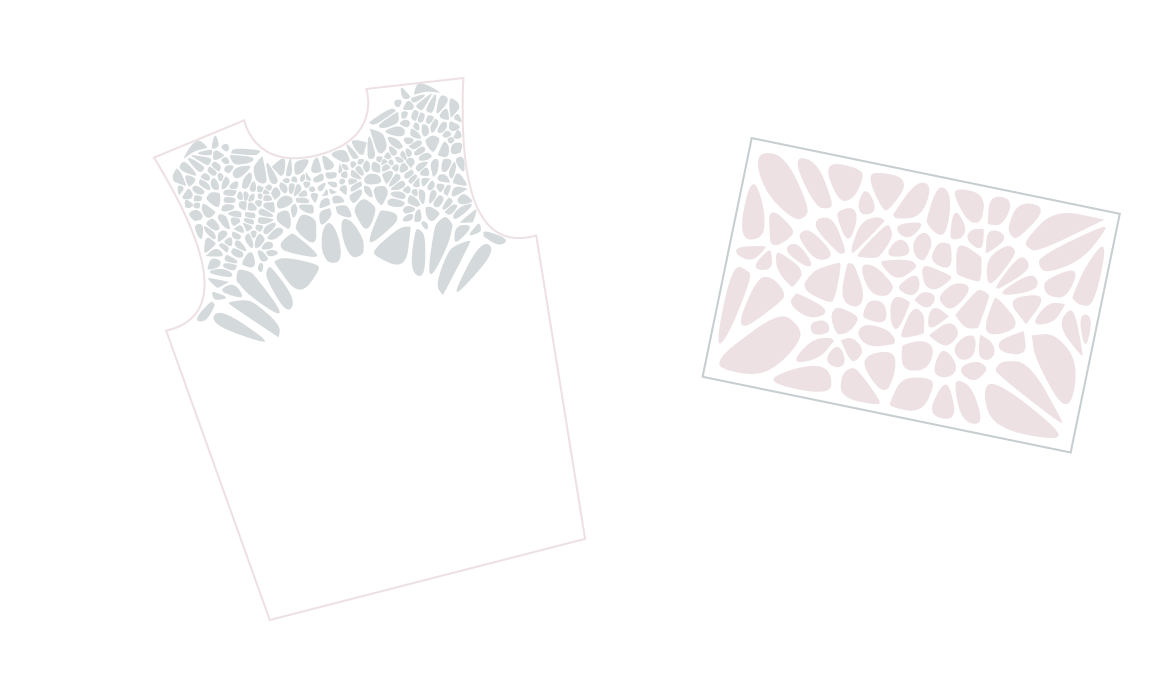 Useful links to understand something on Computational Design#

I wanted to realize a computational texture on the dress but I wasn’t sure what technique I wanted to use to recreate it on my dress. So after generating the texture I started to investigate which was the most suitable technique.

We already had some plates with the photo-sensitive emulsion for screen printing. The first hypothesis was that of using puff paste paint for silk-screen printing, but then I saw that only very large cans were on sale and I would only need a small amount.

I then thought that I could use simple silk-screen paint and that I could use the vynil cutter to create a stencil. The result was beautiful because it created a transparency effect with tulle but was too flat.

Later I tried to make the stencil to create a silicon injection, but the fabric was too elastic and the vinyl glue was not strong enough to prevent the silicone from going between the two levels of vinyl during extrusion.

The final solution was to laser cut the same fabric used for the dress and then transfer the texture (as in the wooden textile method) to the tulle fabric of the top.

The full tulle skirt is composed by two layers of tulle.
How to create your full skirt:

The earrings are made with silicone injection with some beads embroidered on.