I am trying to avoid the classical SoftRobotic Gripper for something more complex. I want to use the 3D file of a Clitoris you can find anywhere on the web now and design a mold to make an inflatable version of it. The file is HighRes so the mesh has 10th of thousands of triangles which complexifies the options to work with it. Even after reducing the amount of triangles down to 2000, it makes FUSION 360 freeze when I try to select it entirely to pull the whole surface to create an offset for the counter shape of the mold. This is very very frustrating and represents a lot of time lost waiting for FUSION to - eventually - proceed and comeback to life.

In 2017, to wrap my head around designing my own inflatable design, I started to draw a segment of an octopus arm. The software I used at the time is now deprecated and offered a lot less options to design something complex. It would always freeze.

2 | Struggling on modifying a HiRes file of clitoris |¶

Like I said, everytime I use FUSION 360 to import complex vectors or very HighRes .STL files, is ceases to work properly. So I opened it in Meshmixer to turn it into a solid for sure.

Then I changed the scale because - by default - FUSION imports objects in inches.

I was never able to cut the BRep in 2 parts to substract them from the bodies around it. FUSION kept failing me over and over again. I had to give up on this. 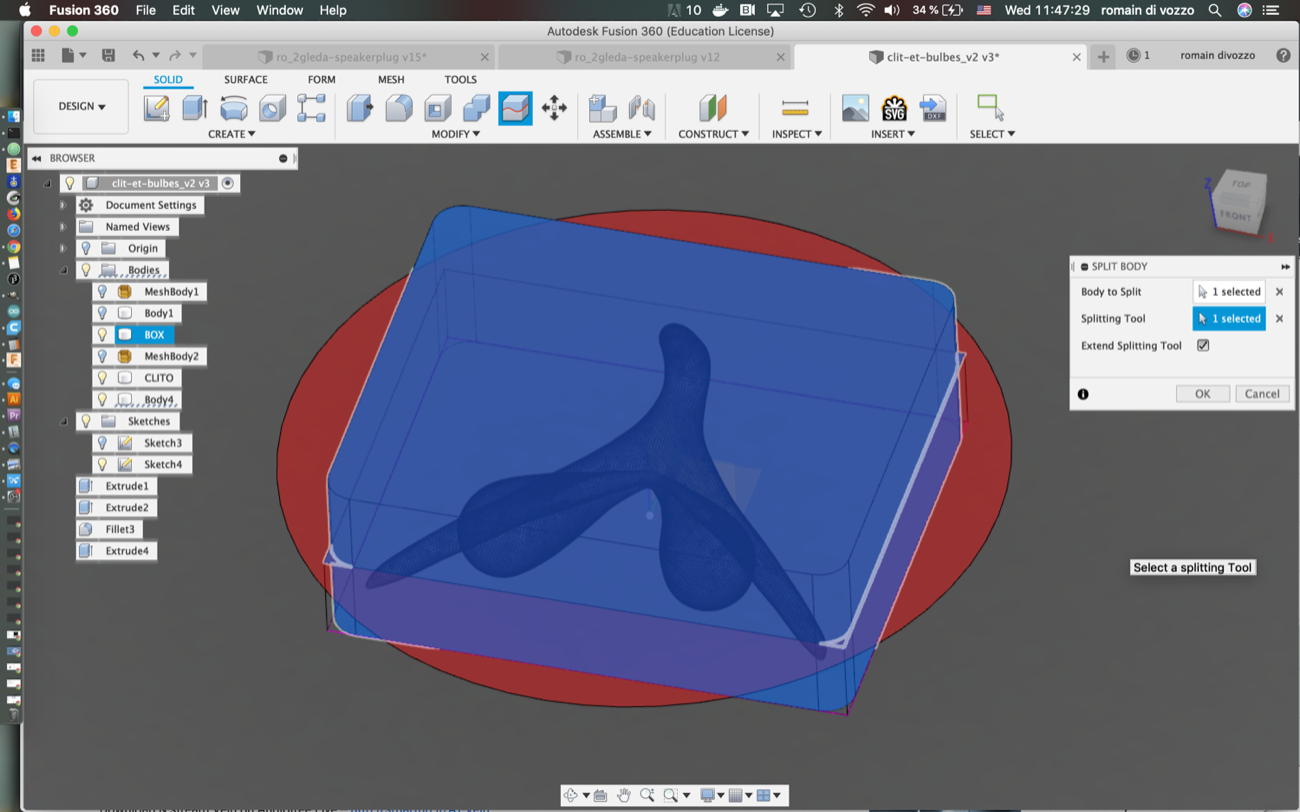 I had a side-plan for the Parametric Design Week. I might have to resurrect it.

On week7, I have 3D-printed a thin mold on copper fabric. I want to pour 2 silicon layers with a PET pattern in between to inject air and get a piece of fabric that has an inflatable pattern on it. The mold was printed in PVA and is therefore soluble in water. I higly doubt the silicon will stay on the copper-fabric for ever but I want to try it.

First, I laser-cut a skull-pattern I will later use to isolate the part in the thickness of the silicon I want to inflate.

I designed and 3D printed a very thin border - nozzle diameter = .25mm - to pour the silicon inside. It press-fits with the PVA-cylinders I had 3D-printed on the copper fabric. 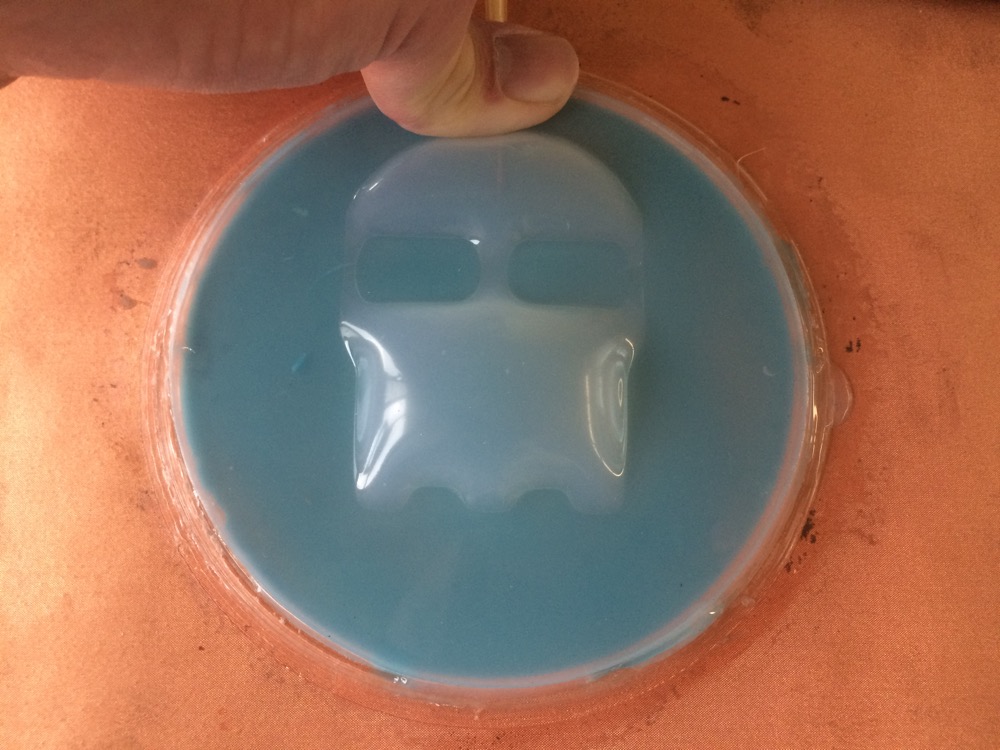 I have bought good vacuum pumps for the Fabricademy. There are pretty big. They can pump air so they can send air. I didn’t need to use it to inflate my logo. Here is how I connected it directly on a power-supply to make send air in a softrobot system in 2017.