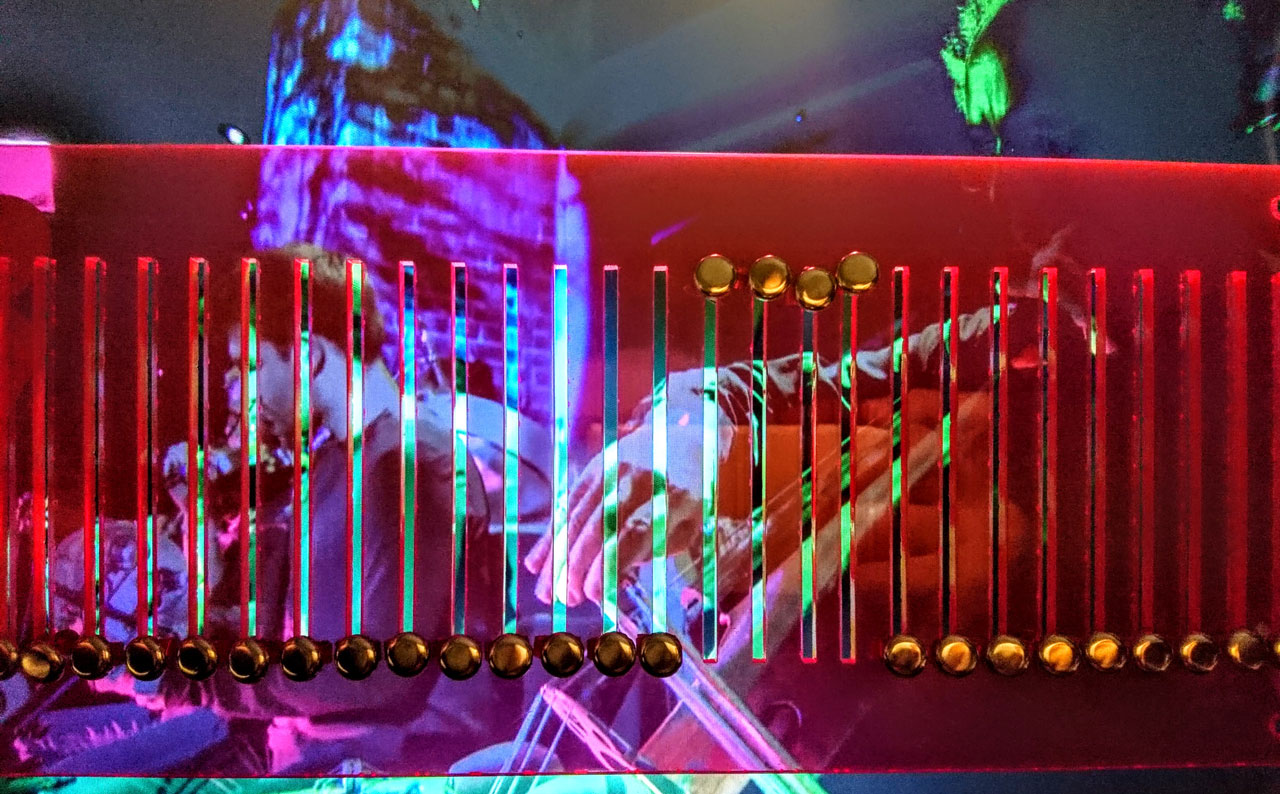 Greta and I looked for a mechanical frame that gave the possibility to create a fabric of various lengths and on INSTRUCTUBLE we found our model to develop. 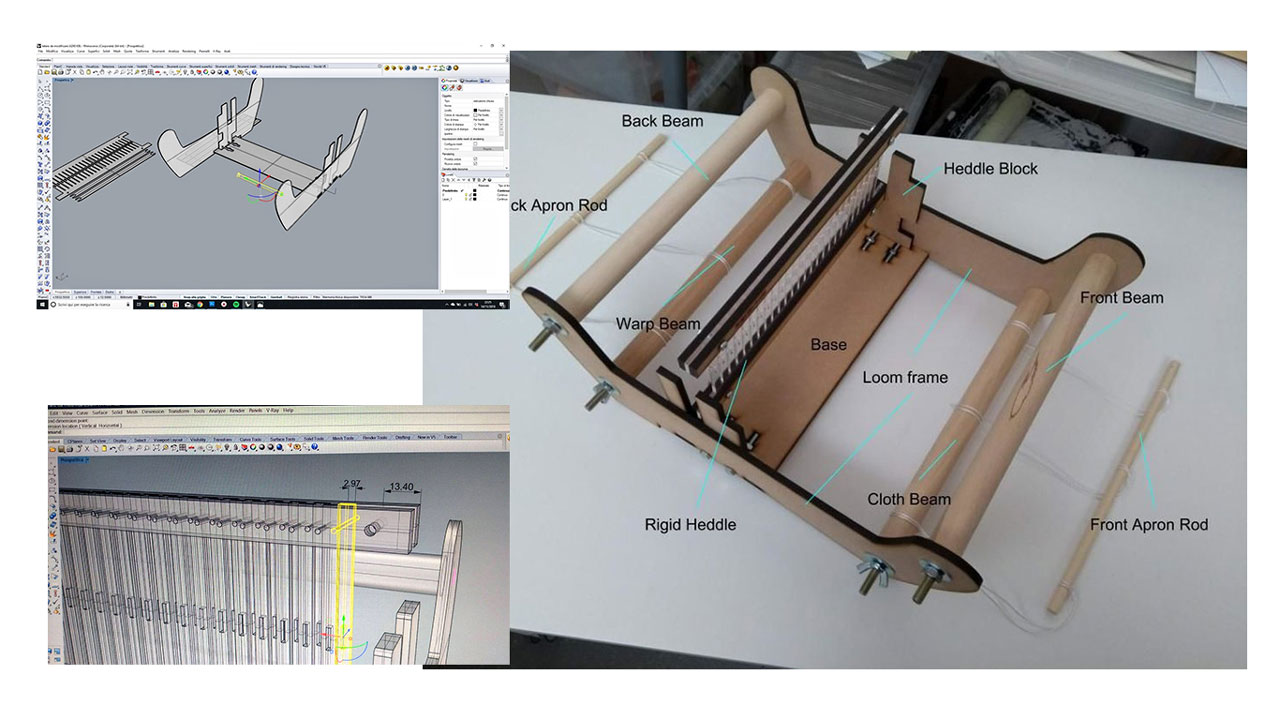 Once the model was undevaluated it was important for me to try to make it flexible so as to develop different patterns.

The heddle has small holes to insert the alternating wires with long holes that allows the wire to lower or rise. This allows you to insert the Stick Shuttle between one wire and the other alternately.

It seemed clear to us that to make the spinning more flexible it was necessary to be able to act on every single hole and raise and lower the threads according to the pattern that was to be developed.

The first hypothesis was to be able to manually raise the holes chosen based on the pattern to be developed through a comb that hooks the holes to be raised.

Later we realized that the game, with this type of lever was too small, and Greta devised a carillon-like system with discs with points that positioned at the base to raise the holes or keep them low.

This system as in the first hypothesis, however, posed the problem that the individual holes oscillated too much, prorpio because individual, the same number of holes would have required more space and not to enlarge the frame we hypothesized to create two rows of single holes. But we did not know yet how to solve the problem to filter the various holes.

Another disadvantage was that with this model, however, the game was too small and for me it was strange not being able to use the same haddle to play with the height of the wires.

At this point Greta and I continued to carry on our idea separately.

For me it was very simple. The thread had to be either up or down and this seemed clearer to me when I saw how the stitches are represented to create the patterns.

That is, in an eight by eight grid some holes in certain heights of the fabric stand either above or below.

I decided to carry on my idea and I decided to create a long haddle just the distance of the handles that I had previously bought at the BRICO center.

At the store I made the cuts according to the indications on the site.

At the WeMake I drilled the handles with a drill column and I always inserted following the indications on the site, the screws that I had selected from those available to the fablab and buying those that were missing.

To the holes, which now give way to play on the whole length, I have applied some sample clamps that I have rolled on the back in order to maintain a minimal gap between one hole and the other.

I am very happy that my calculations of distances and my intuizine works beautifully at least for the moment.

The model is mounted now but I have to mount the wires and it does not seem a very simple thing.

now you can try to mount the wire on the loom. 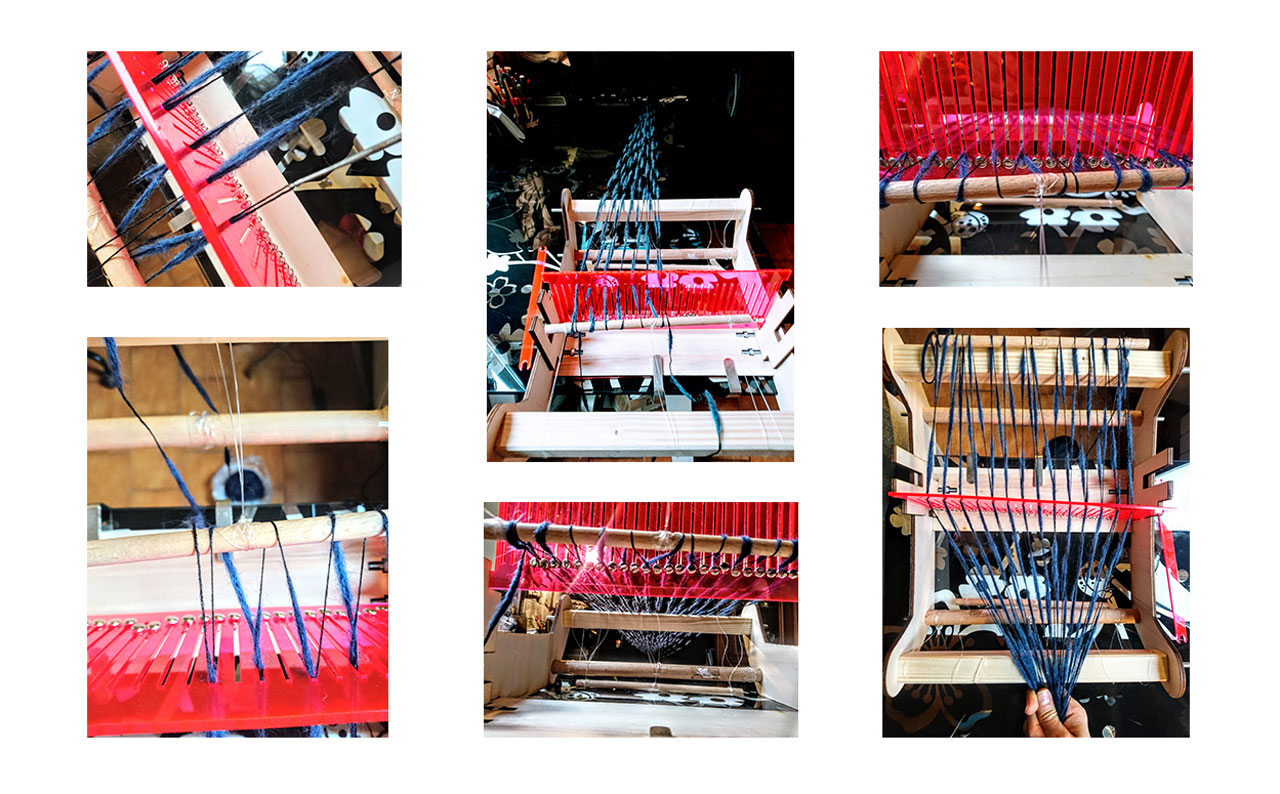 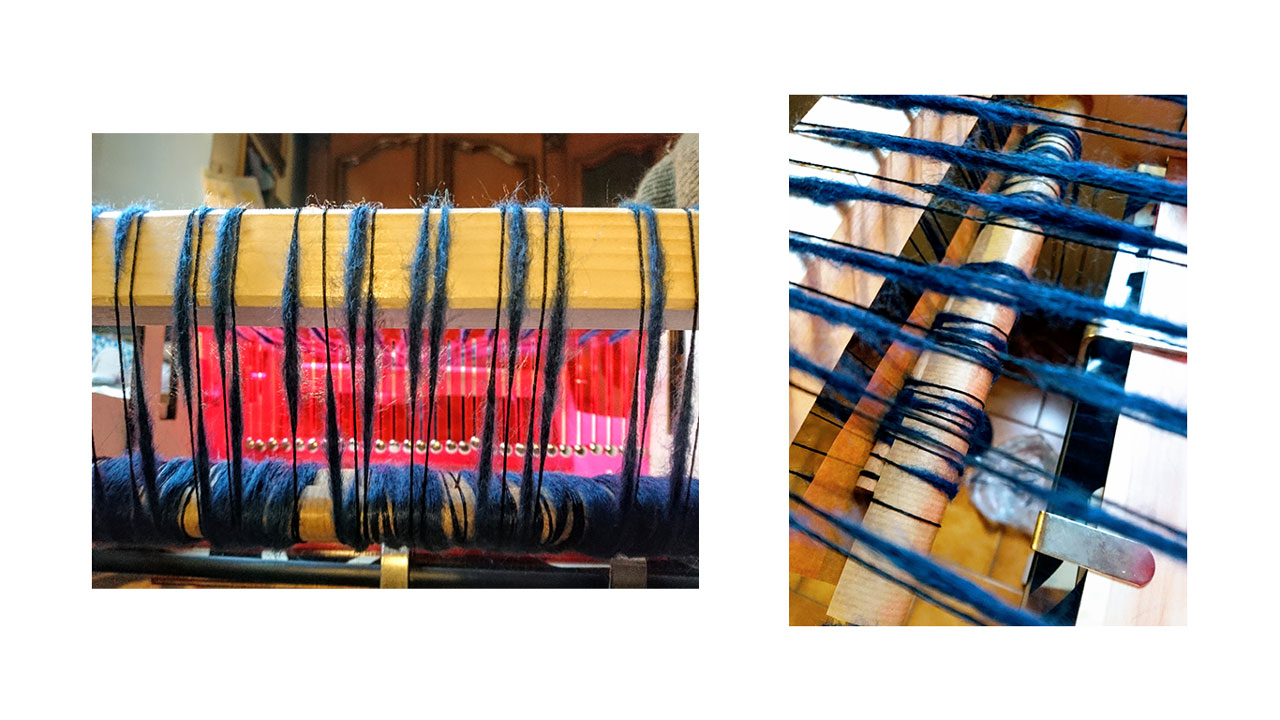 In this way, you can create any pattern and continuously change the position of the threads.

The limits are that it is completely manual and that you can not use the haddle to compress the wires because they tend to get stuck with the sample clamps.