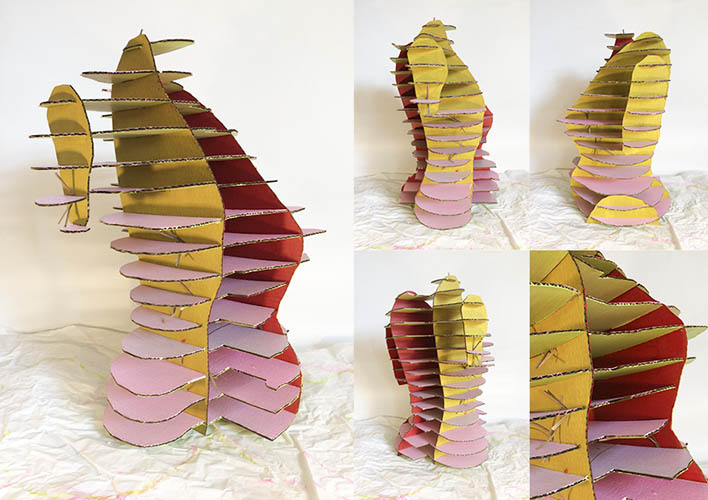 As I was playing along with the Make Human software in order to create a digital body modelled on myself, and having fun with it, and succeeding rather nicely, I suddenly thought of why I would want a physical mannequin of myself in the first place. Such a ‘real me’ mannequin would enable me to customize clothes so they fit me perfectly. Which is, weirdly enough, a luxury nowadays, as much as it was a necessity say a hundred years ago.

It made me think of mass-produced clothes and how they never seem to fit perfectly. And then I had to think of the seamstresses who make those mass-produced clothes and how they could probably never afford to have a ‘real me’ mannequin of their own, let alone follow a program like Fabricademy. In honour of these women, who are basically exploited as slaves in the textiles industry, I decided to recreate two anonymous seamstresses with the Make Human software and make a digital body for them. I used images of investigative journalists who went undercover in sweatshops in Haiti and Bangladesh. 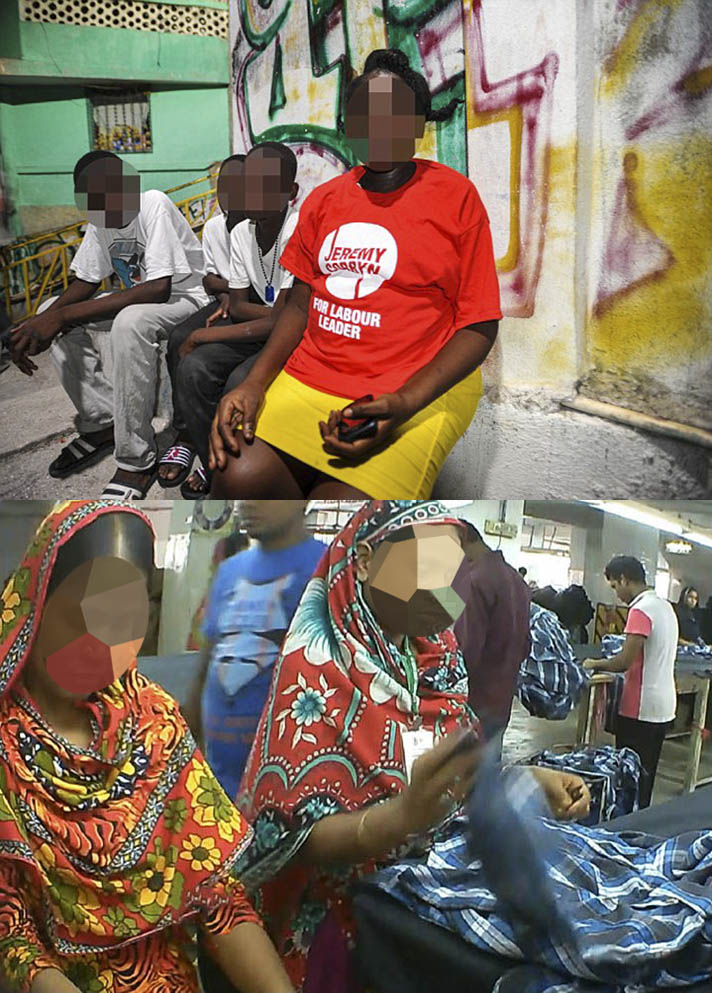 Images: Steve Burton in Haiti (above), Holly Williams in Bangladesh (below). 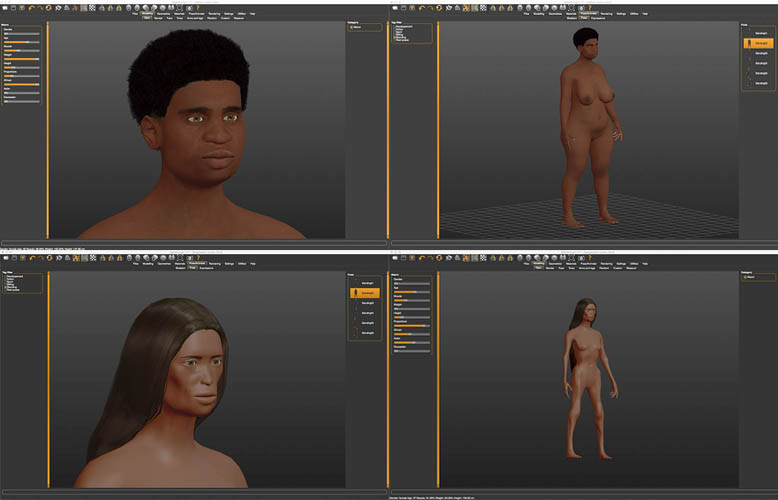 I recreated a Bangladeshi woman (slender) and a Haitian woman (rather full), including their faces, and combined their torsos in one digital Frankenstein body. The slashing and combining of the Make Human-created models I managed in Meshmixer software. The plans for laser cutting I prepared in Slicer for Fusion 360 software. 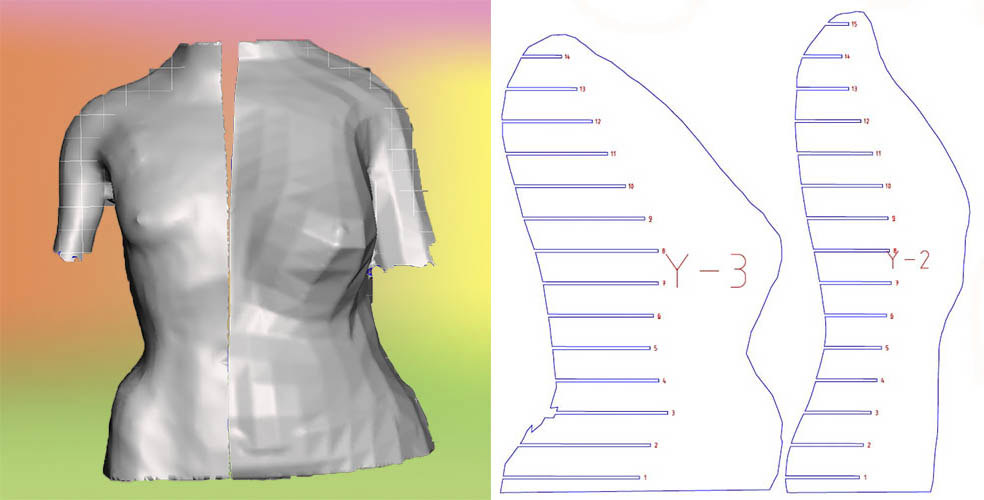 I cut the model out of cardboard, choosing a rather loose and flimsy construction technique. These women will never use the mannequin anyway so I wanted to make it a bit ‘unusable’. As a result the actual cardboard construction needed extra pegs in the slits for stability. Just like Mary Shelley’s creature of Frankenstein (who was also assembled out of body parts of ‘throw away people’).

The assemble plan for the sliced model. 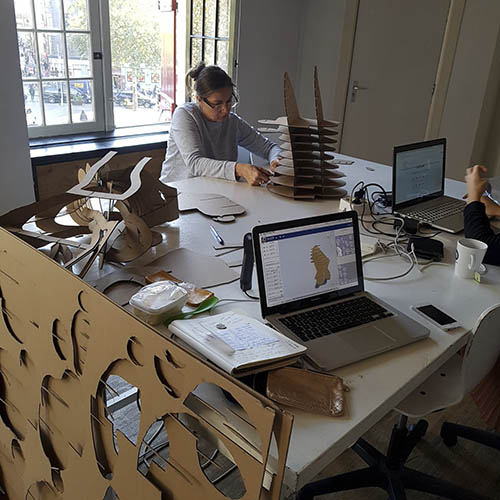 Little pegs for stability. For the final model I decided to use the leftovers from the offset. They are a bit messy and therefore remind me of the creature of Frankenstein 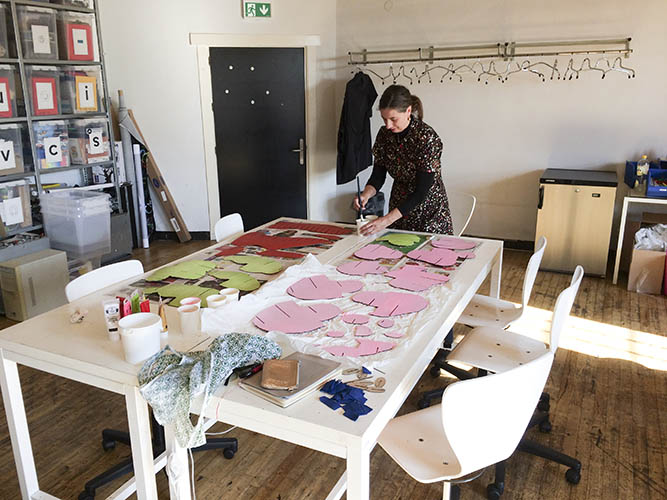 I did some manual labour on the mannequin. 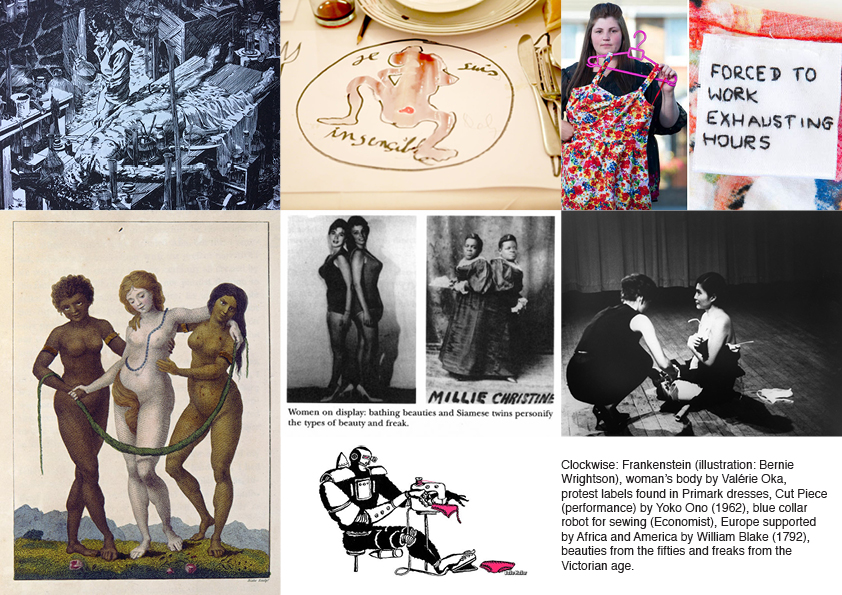 Admittingly, two days after downloading I had developed a slight software migraine. 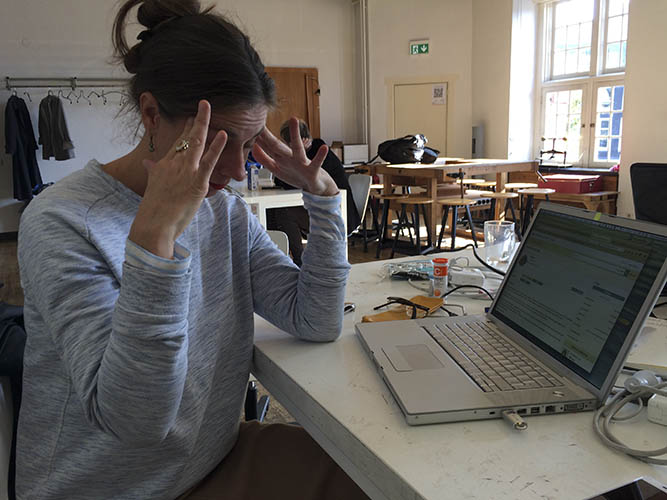 I have reasonably mastered Make Human, Meshmixer and Slicer for Fusion 360 (all free software), but still have to investigate Rhino (not free but I downloaded a free trial for 90 days). In Meshmixer It took me quite a while to find the tools for basic things like selecting, dragging, cutting and adding. The interfaces of Make Human and Slicer for Fusion 360 are pretty straightforward and intuitive, which made them very easy to work with, but here it took me a while to get the importing and exporting right. My first plan for the cutter was exported all wrong and I had not been able to save the files (another button I had yet to discover), so I had to start over again. But learned a lot in the process. The best way to transport a Slicer-file for cutting is to make a pdf, import this in Adobe Illustrator and then safe it as an CS2 .ai document whilst unchecking all the boxes during saving. The laser cutter computer at WAAG, Amsterdam will read this document best.

If only my yoga teacher could see me now.

Basic Tools in Meshmixer for Dummies# 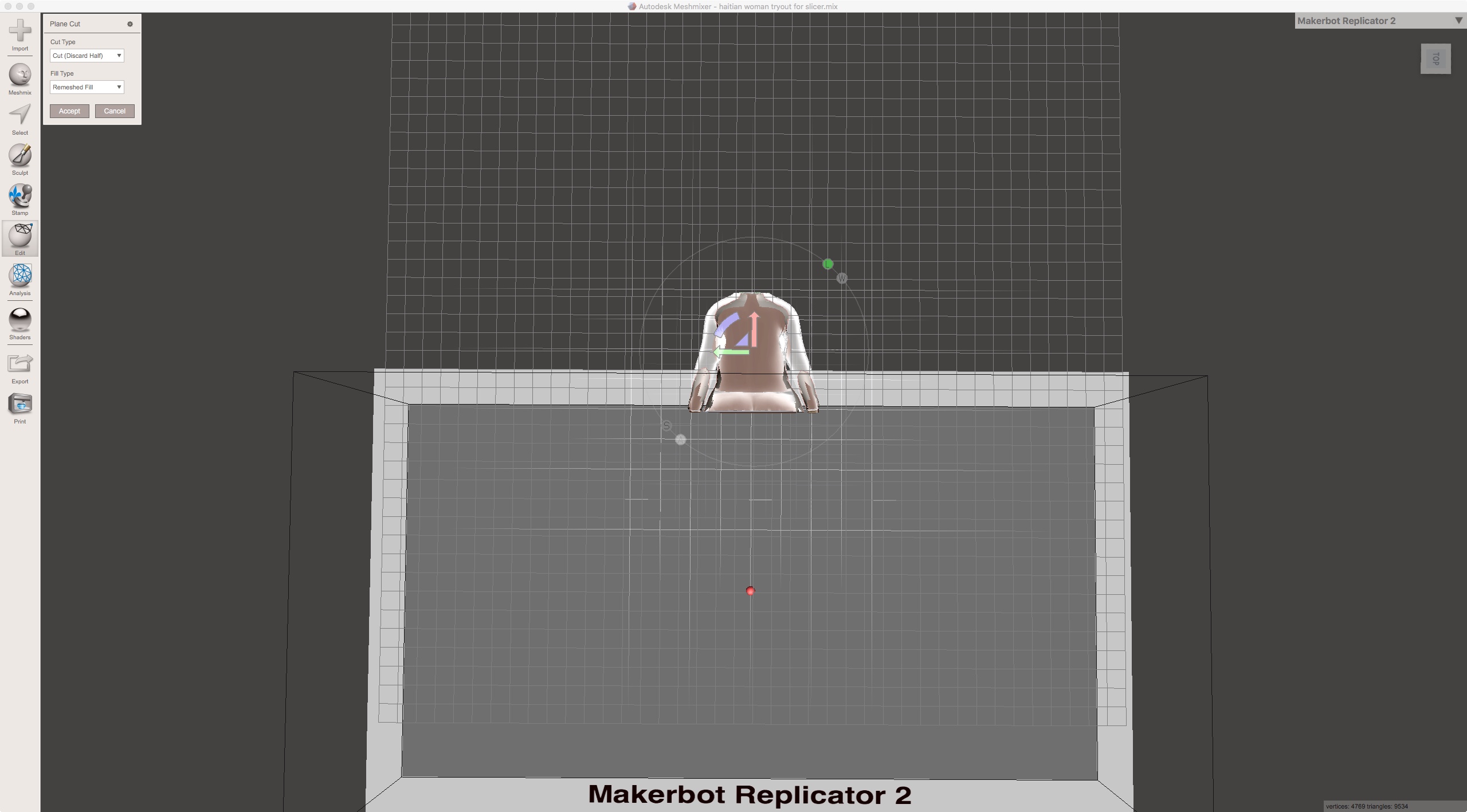 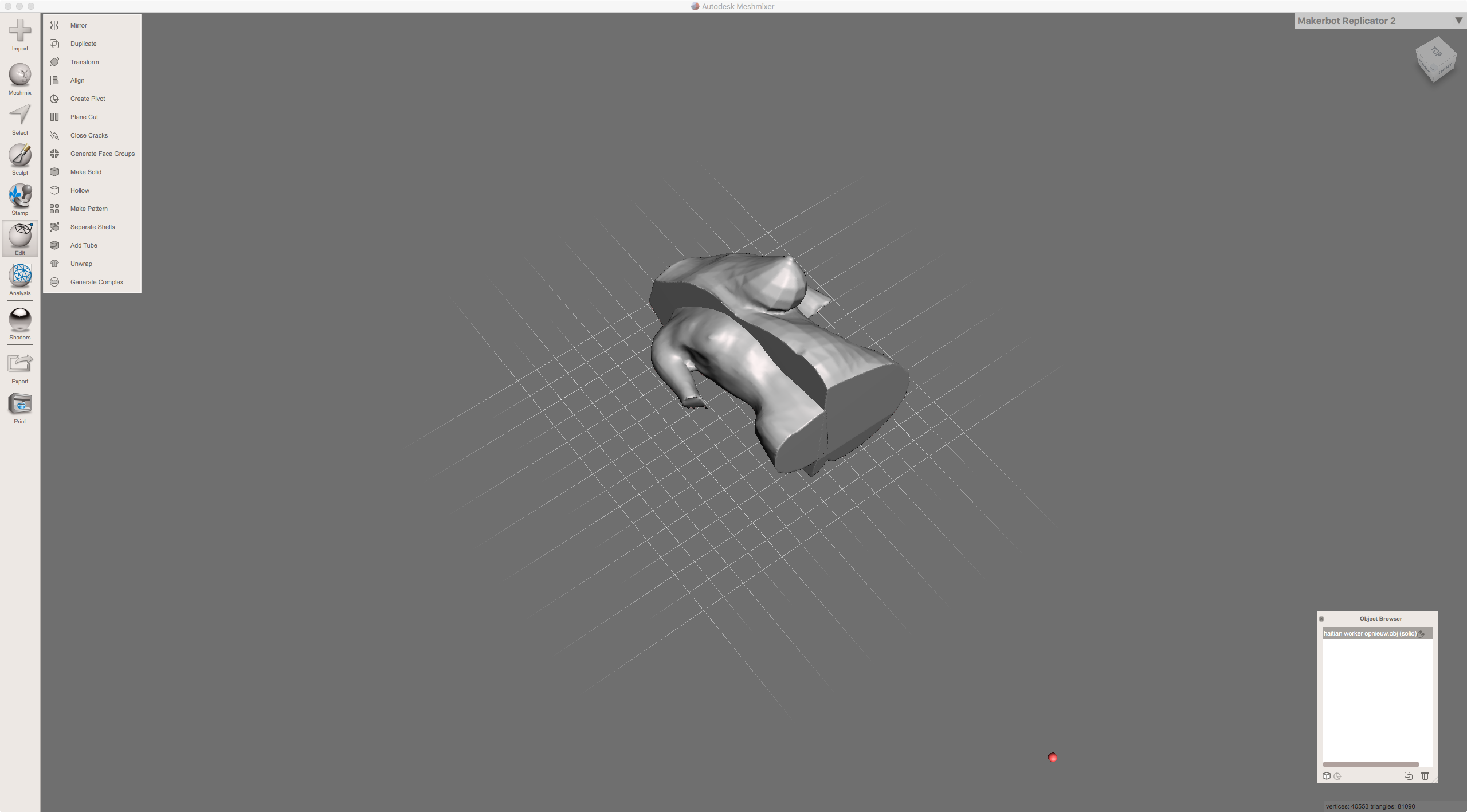 A laser cutter is a big machine with a computer attached to it. Basically it is the combination of a pair of very fine scissors, a scalpel and a Jedi knight’s lightsaber. By the way, laser cutters are nowadays widely used in the clothing industry, having replaced most low-wage human cutters. Automation is advancing rapidly in this industry. Chances are that the seamstresses I recreated with Make Human will loose their jobs when they are replaced by sewing robots. I do love the possiblities that the laser cutter brings for developing new techniques and designs, but I worry a bit about people who are depended on the industry for feeding their families. 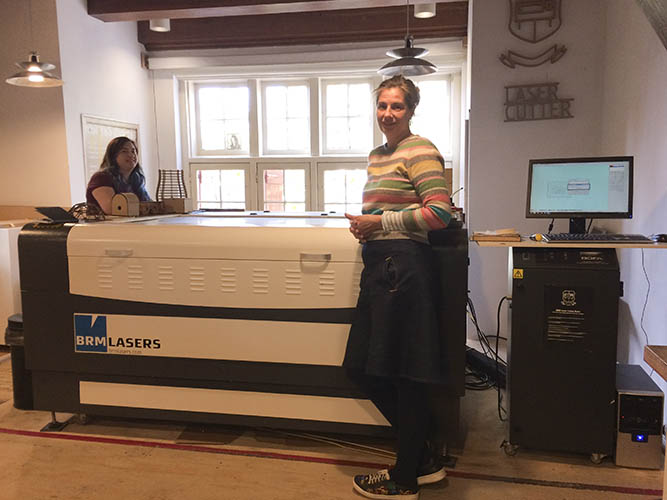 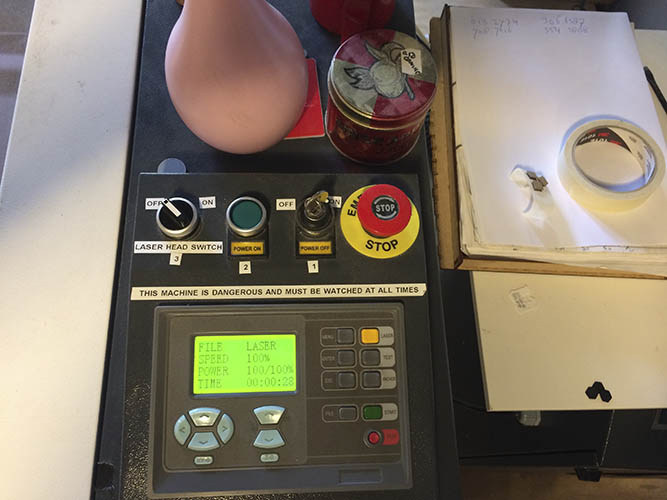 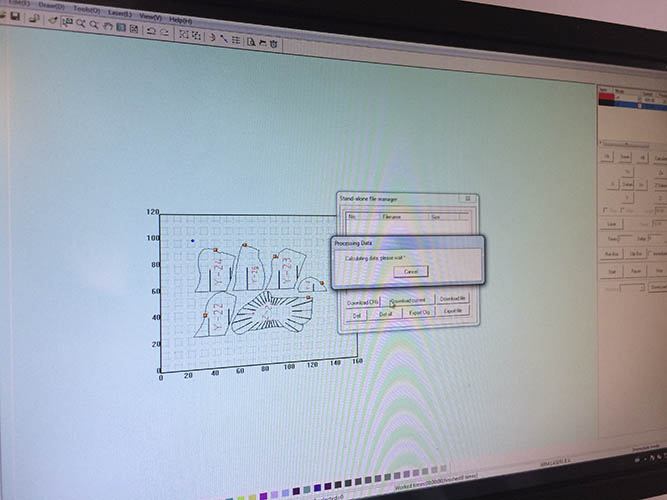 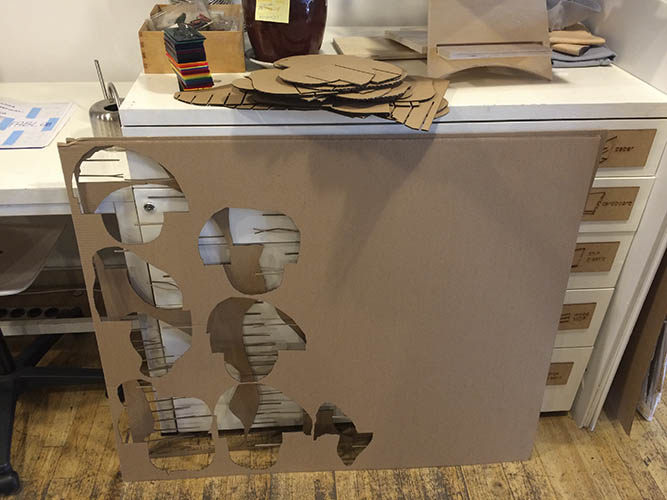 This was supereasy. I used the motion sensing input device Kinect (perhaps good to know that Kinect is not in production anymore). I downloaded the free software Scaneckt and then I was all set. The interface is made for Dummies so I could scan and capture straight away. It is important to put the Kinect capturing device on a solid surface and make your turns evenly. At WAAG they made a special ‘turning plateau’ for this, so I sat on that and moved on tip-toe. (For those interested: the plateau is made of an old office chair. The wheels and the seat were removed and a wooden board was screwed on top.) I captured myself in a ‘sleeping position’ because I want a sleeping mannequin for quilts. I need to patch up the mesh of the 3D model a bit and then I want to try software to flatten the pattern, so I can make it out of textile. To be continued. 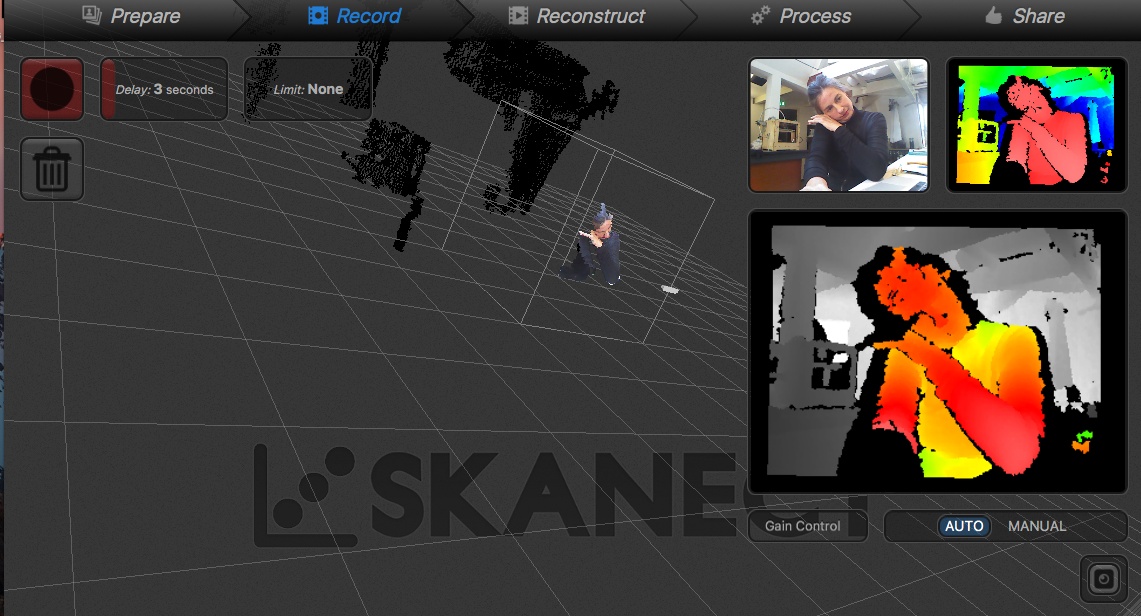 The cost of the fast fashion industry is enormous. It is ruining the climate, the biosphere, the planet and human society by pollution, poisening, CO2-emissions, waste and slavery. And for what? For a € 5,- plastic dress that is thrown away after 4 weeks, sometimes after not even having left the store. Read The story of a £4 Boohoo dress: cheap clothes at a high cost.