What I Conceived (So Far)# 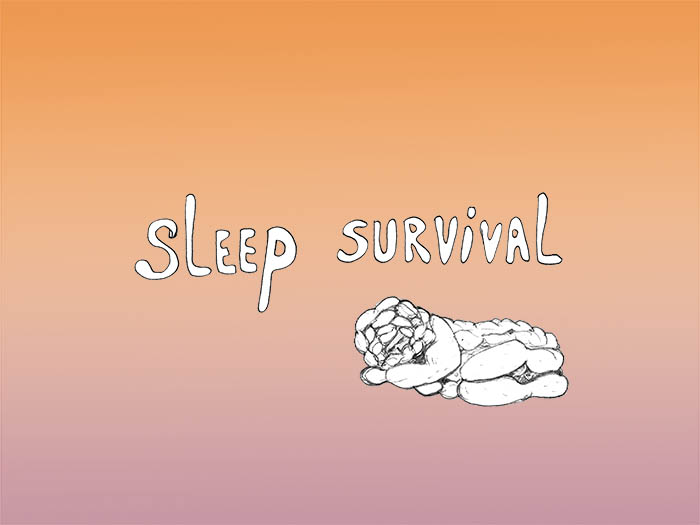 Two-thirds of all adults in the western world are sleep deprived. On a personal level prolonged lack of sleep leads to deadly illnesses, accidents and aggression. On a community level it breaks down the ability for empathy and creativity, sadly leading to the familiar social indifference, lethargy and tribal behaviour as seen today (‘drug epidemics’, ‘binge-watching’, ‘building walls’). (Source: Why we Sleep. Unlocking the Power of Sleep and Dreams by Matthew Walker, 2017.) Sleep deprivation is a direct consequence of the modern media-saturated lifestyle of bigger, better, busier and unlimited growth. With this fast-tracked lifestyle humans are causing global warming, thereby threatening the existence of themselves and many other living beings on earth. However, climate change is such a large, abstract problem that many find it baffling. With a lack of sleep it even is more difficult to address. People who sleep badly probably even tend to be global warming denialists because they are too tired to face a frustrating difficulty on too large a scale. So here is my thought. What if we start dealing with the problem of cataclysmic climate change on a small scale? As in: not only by organising global activism and limiting CO2-emissions, but also by improving the poor sleep habits of individuals? Literally. Let us catch up on sleep. Let us sleep better and bigger instead of live better and bigger. Let us dream not bigger but better. I am convinced we can fight climate change by fixing our sleep patterns. Go to sleep so that you can truly wake up! And how much energy would be saved if people went to bed one hour earlier? Win-win, I say! So for my end project I might want to design a sleep suit, some kind of ‘body pod’ or ‘wearable bed’ that is extremely comfortable to sleep in, but most of all tells the story of the importance of good sleep and dreaming, slowing down and how we could change our perceptions on current ‘cultures’ of sleep. 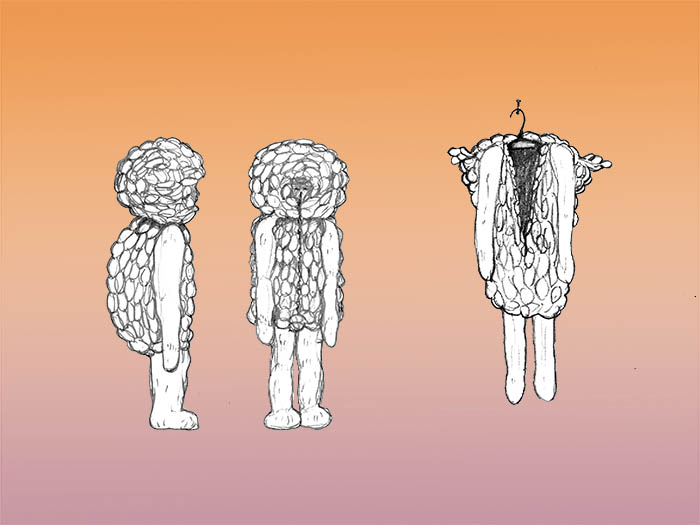 Maybe you could hang your wearable bed on the wall during the day, ready when you need it. 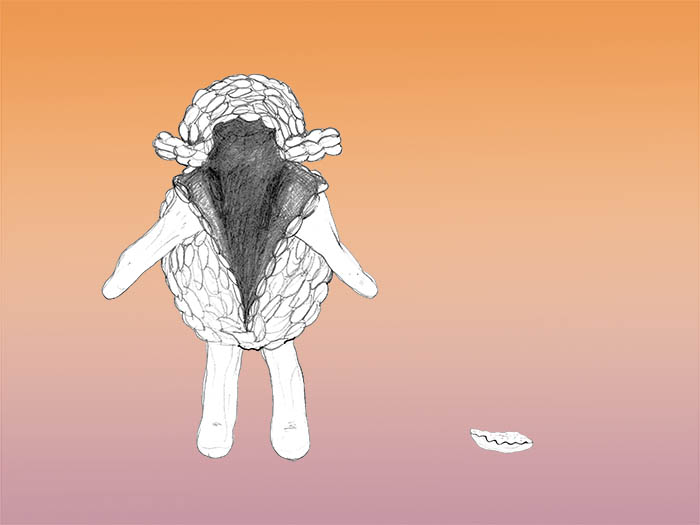 ‘The world is my oyster’, wrote Shakespeare in Henry IV, part II. The metaphor means that the world is like an oyster, to be forcefully pried and broken open in order to eat the animal and take possession of its pearl. Strangely the phrase has such a totally opposite meaning for me. I see the world as an oyster that shelters all living beings and all their pearls. Oysters make their shells (and their pearls) from their surroundings in a beautiful symbiosis between non-living materials and organic tissue. (In fact they make a composite.) I wonder if ‘the oyster-principle’ could be an approach for creating a wearable bed. Not so much like a cryo sleeping pod from science fiction works (‘to survive the apocalypse’), but as a soft and safe human habitat for everynight use (‘to prevent the apocalypse’).

I have thought deeply about ‘Ultra-Personal Products and Services Systems’. I seem to have some issues with ‘UPPSS’ because I think not everything is about ‘you’. In fact I think - in the grand scheme called life - very little is about ‘you’. Also I think an economic system of Ultra-Personal Products and Services may lead to more hypercapitalism, more exploitation of people with little resources, probably even more waste and choice stress, much in the same way that the ideology of a ‘share economy’ was warped into an ‘everything-including-your-bed-and-car-is-now-up-for-sale economy’ thanks to corporations like AirBnB and Uber. It would be a mistake to try to stop the processes of commodification and privatization with ultra-commodification and ultra-privatization. I think the answer is not to go ‘local’ or ‘ultra-personal’ but rather to simultanously go more universal and more private: connecting more with what is surrounding you on the one hand, and connecting more to what is inside you on the other. (What is both more universal and more private than sleep?) In his recent essay ‘Down to Earth: Politics in the New Climatic Regime’ the French philospher, actor-network theorist and climate activist Bruno Latour explains how urgent issues like globalization (i.e. aggressive social economic colonization by a small group of Western ‘elites’, I think he means ‘oligarchs’), mass-inequality, mass-migration and massive climate-change could be dissolved by by-passing the old political concepts of progressive/conservatist, left/right, open borders/nationstates. Instead we should embrace a reorientation on the universal notion of procreation. Rather than seeing the world in terms of assets and recources to be exploited, and ourselves as ‘producers’, we owe it to all species to first consider those who are dependent on us and act as ‘engenderers’. Latour argues we can ‘change climate change’ for the better if we can connect ourselves with ourselves, others and the world as participants in an interconnected network of living beings, a ‘band of earthlings’, a ‘commons of creatures’ with whom we interact and for whom we carry a shared responsibility. The deeply personal (‘being’) is at the same time deeply universal (‘being alive’). Staying alive is in our shared interest. It is my believe that human activity, be it creative, economic or political, should dare to venture into this direction. Maybe to do so by departing from a refusal to develop ‘marketable products and services’, ultra-personal or not, and to alternately put effort in dreaming up new ideas and putting them forward in a playful suggestive way. Let the emphasis no longer be on the reaping but on the seeding.

What I discovered doing this week’s assignment is that sleep seems to be the underlying and overarching theme of all my ideas and (former) projects. In past projects I have for instance been concerned with all kinds of pollutions (noise, light, food waste, sugar addiction) and the effects of accelleration and overstimulation. They actually all boil down to sleep (or lack of sleep). In fact, when I wrote down a list of words that I associate with my artistic practice (coincidently starting with the letter ‘s’), I could equally write down a list of antonyms that are connected with modern day life and that usually prevent a good night’s sleep. It’s not that I think that the antonyms are bad. I simply believe that there is too much of them and too little of their ‘s’ counterparts.

Another thing I realized is that I am not really interested in helping the sick and disabled, although I would be glad if they too could benefit from my work. I do not want to cure the sick; I want to support the healthy in not getting sick. I would like to give people something to enjoy and think about on the subject of sleep and its benefits (and I think my gifts and skills, as much as my limitations, leave me with no other options). Art is ‘wakeful dreaming’. Artists provide people with ‘waking dreams’ that might help them cope with difficult issues. I don’t know how it helps me - or you, the reader - to document these insights. Perhaps I just want it on the record that I am very happy to have arrived at ‘my main theme’ that I can explore and engineer for what is left of my lifetime. 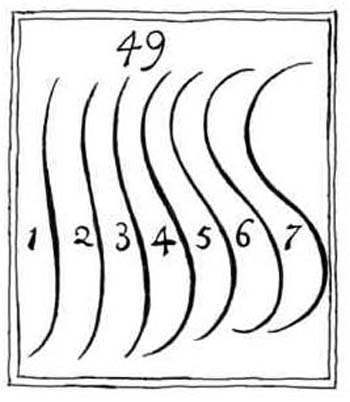 The Analysis of Beauty is a book written by the 18th-century artist and writer William Hogarth, published in 1753, which describes Hogarth’s theories of visual beauty and grace in a manner accessible to the common man of his day. Prominent among Hogarth’s ideas of beauty was the theory of the Line of Beauty; an S-shaped (serpentine) curved line that excited the attention of the viewer and evoked liveliness and movement.

The Intimacy of Sleep# 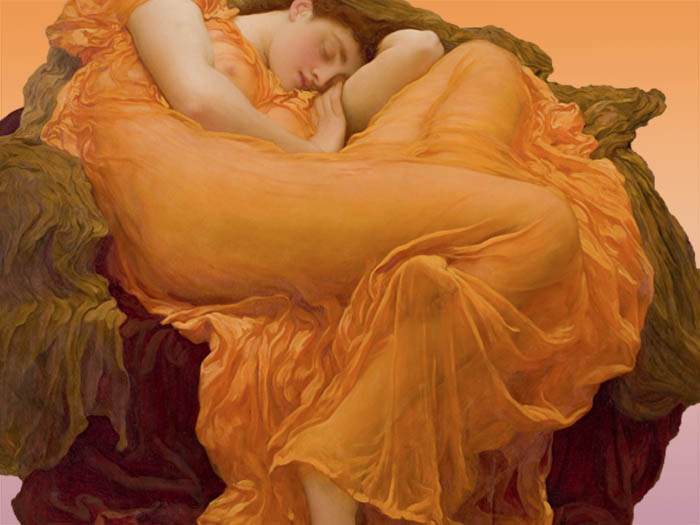 For human beings nothing is more connected with sleep than textiles. From the earliest days of mankind, people used weave-covered mattrasses to sleep comfortable. When sheets and blankets were first used I don’t know, but the history of this linnen bedsheet from the 18th century is pretty moving (its owner embroidered the following encrypting text on it with strands of two different types of hair, supposedly her own and her husband’s: The sheet off my dear x dear Lord’s Bed in the wretched Tower of London, February 1716). Bed sheets are a basic human need. It goes before drink and food (but not before breath). Textile is the first thing you are wrapped in when you are born, it is the last thing you are covered in when and after you die. The intimate relationship between body, sleep and textiles seems to dictate that a ‘sleep suit’ for improving your sleep and saving the world should be made from textiles.

When people are sleep deprived, they basically have two paths to choose: the path of apathy and the path of curiosity. The path of apathy leads to (enduring) dysfunctional behavior that might give temporary relief but will not solve underlying issues or the real problem, if not worsen them. The path to curiosity leads to (or goes into the direction of) improvement. As an artist I would like to be there at the crossroads to suggest which path to choose, if only by pointing out that there is a choice to begin with. In a way this is a ‘service’ that I can offer. 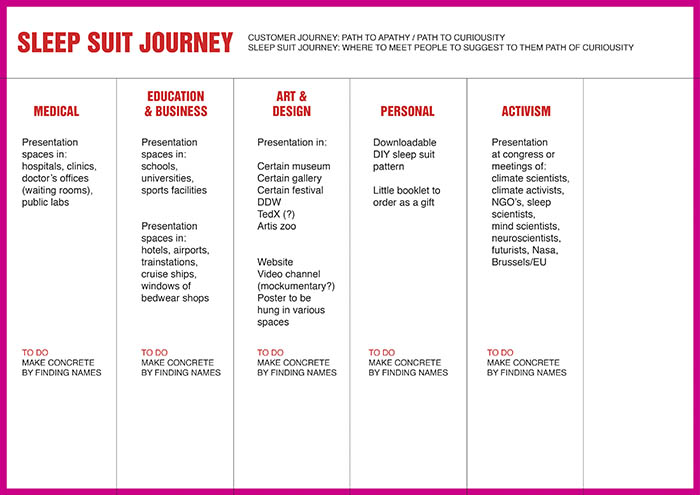 The journeys I mention here and below are not so much maps of possible participants/co-workers/sponsors but more of a rough to-do list of where to find these. It will take me quite some time to work the to-do lists out in detail, which I will postpone until the beginning of January, when I will start my final project. 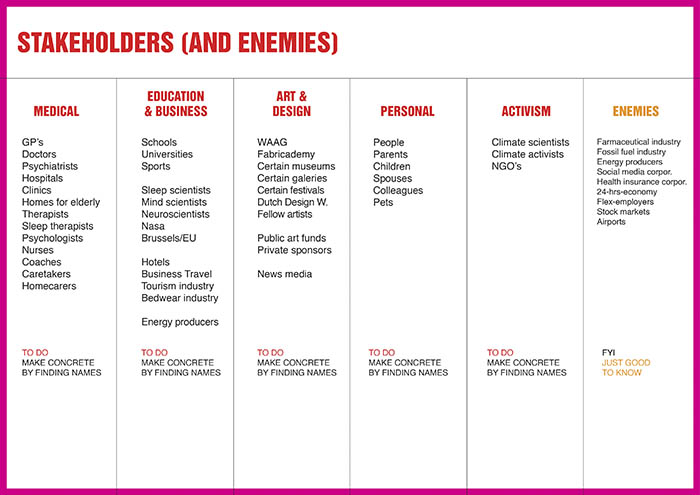 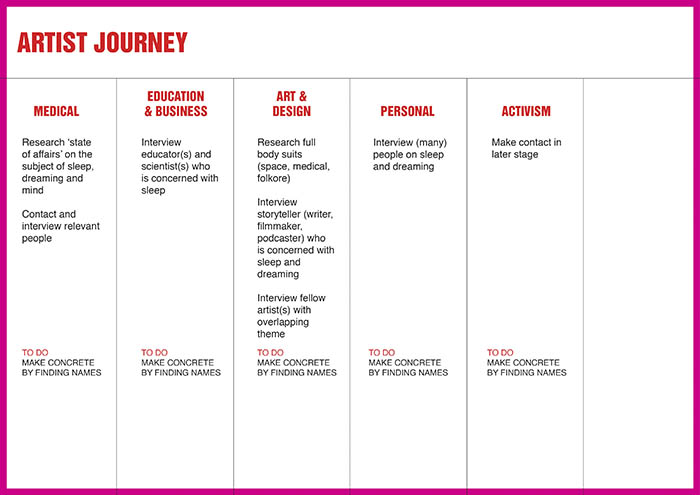 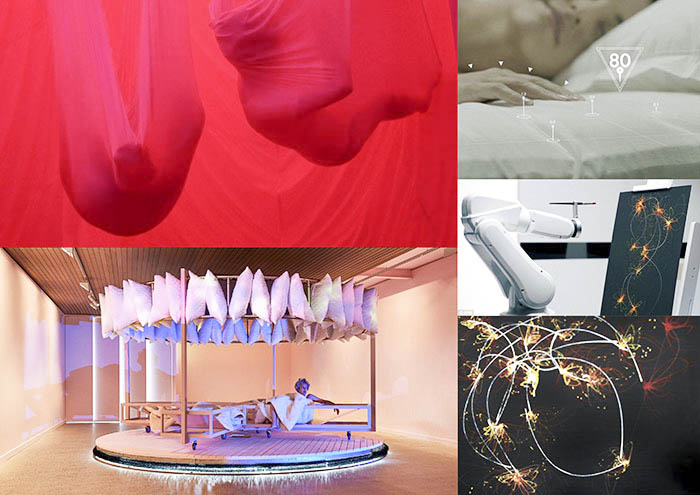 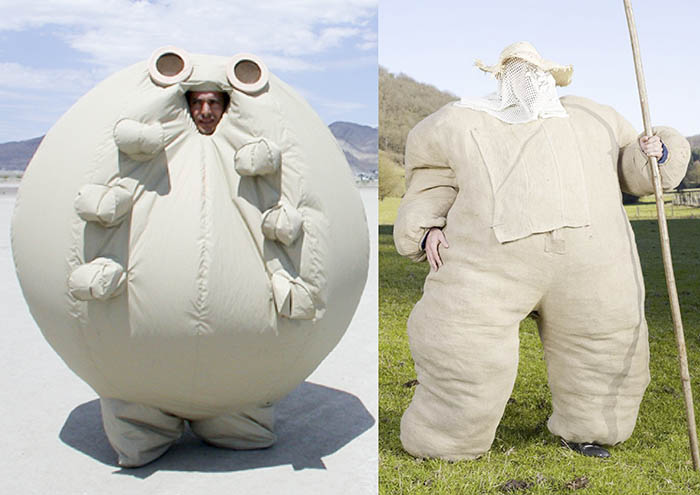 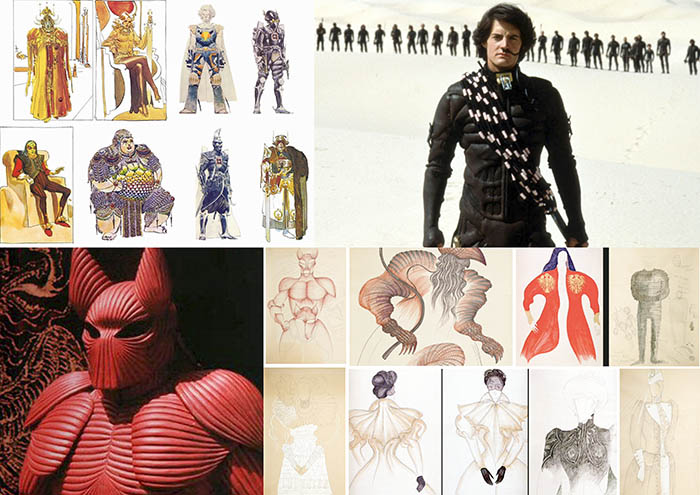 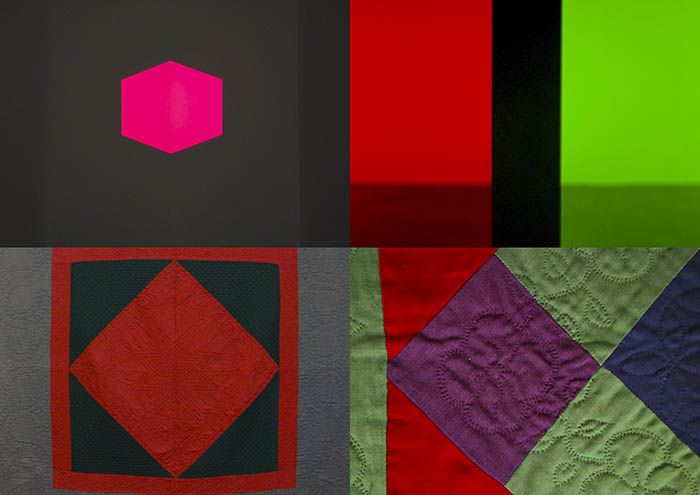 In 2015 I visited James Turrell and Amish Quilts: Kleur in het Kwadraat’ an exhibition in Museum De Pont, Tilburg. It was truly a ‘life-changing experience’ for me. Here I understood how Turrell’s esoteric light sculptures (‘mystical projections’) and the robust Amish quilts (‘mundane objects made as bedcovers’) were in fact speaking the same visual language, in the same color schemes, with the same motives, putting across the same emotional and almost mythical story. It made me realize how the extraordinary and the ordinary can be combined to merge into a new thing that is both at the same time; how supposed opposites could unite in a ‘composite’ and exist in a shared plane. Again, I don’t know how it helps me - or you, the reader - to document these insights. I guess I just do not want to forget how important this exhibition has been for me.

Imagery based on original art work “Void Season”, courtesy of Zeitguised © zeitguised.com. Music from the album Space Diaspora by OY. 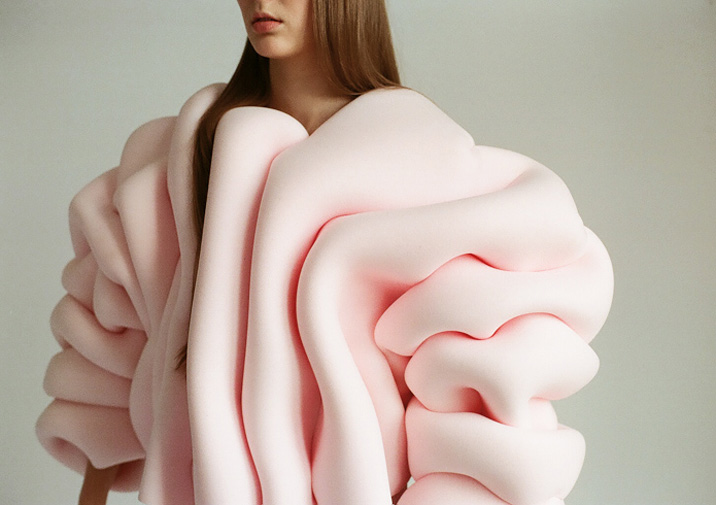