I Rest my Case#

It was fun to reproduce the ‘smart duvet’. The air is blown through a plastic bag for making ice cubes. Watertight = airtight. 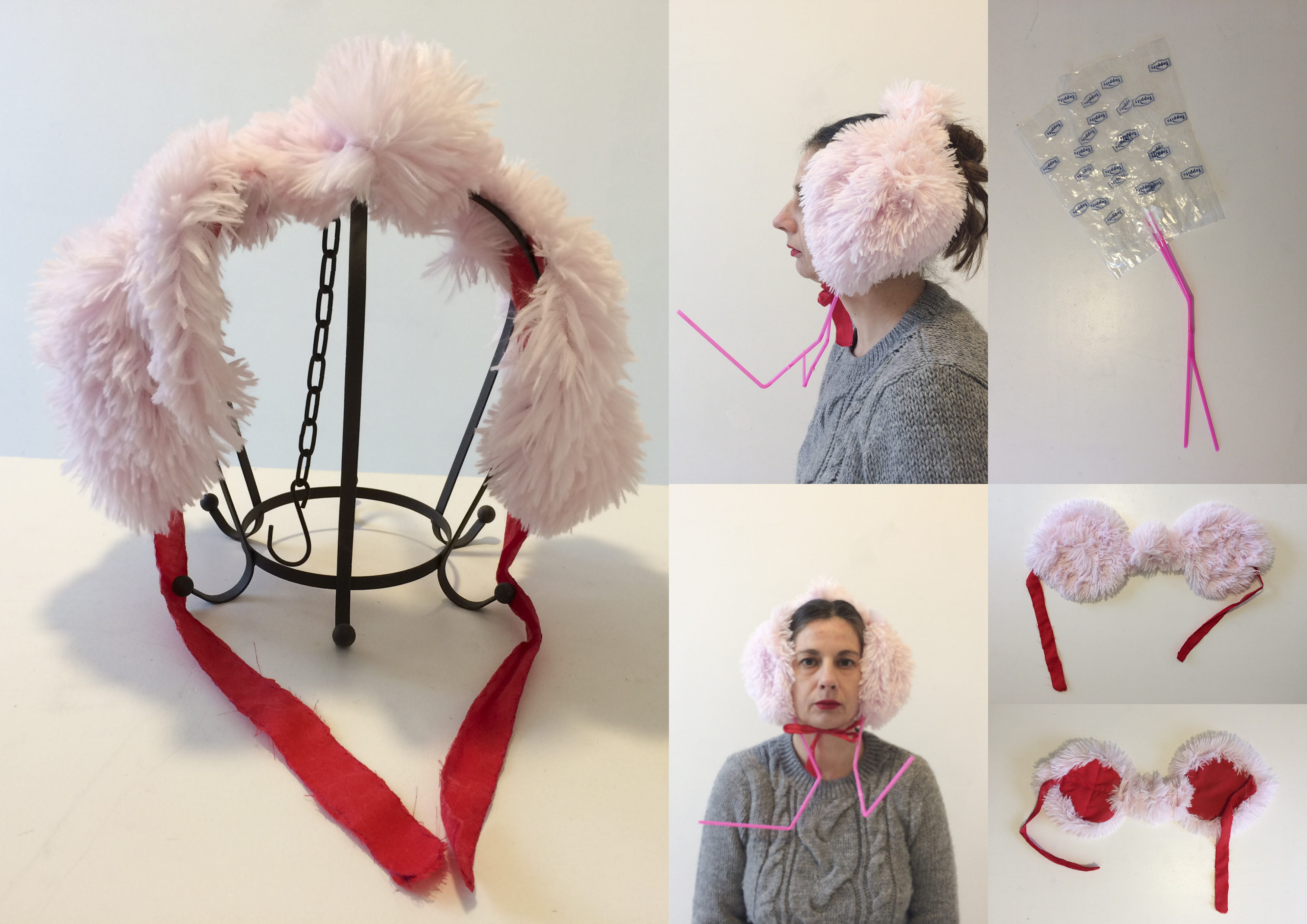 How to Make Your Own SLEEP ANYTIME ANYWHERE (TM)#

Pattern (print full size on A4) 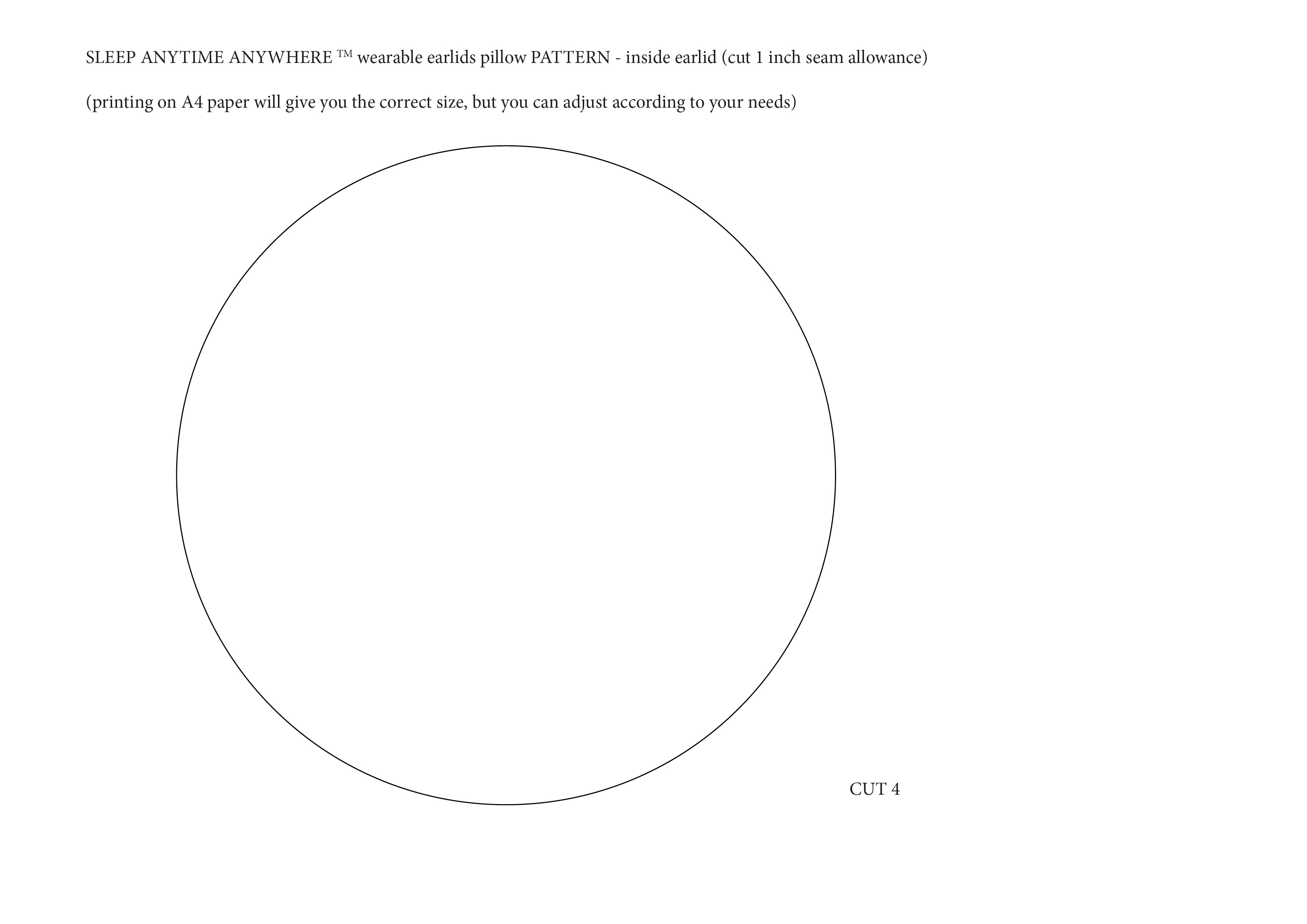 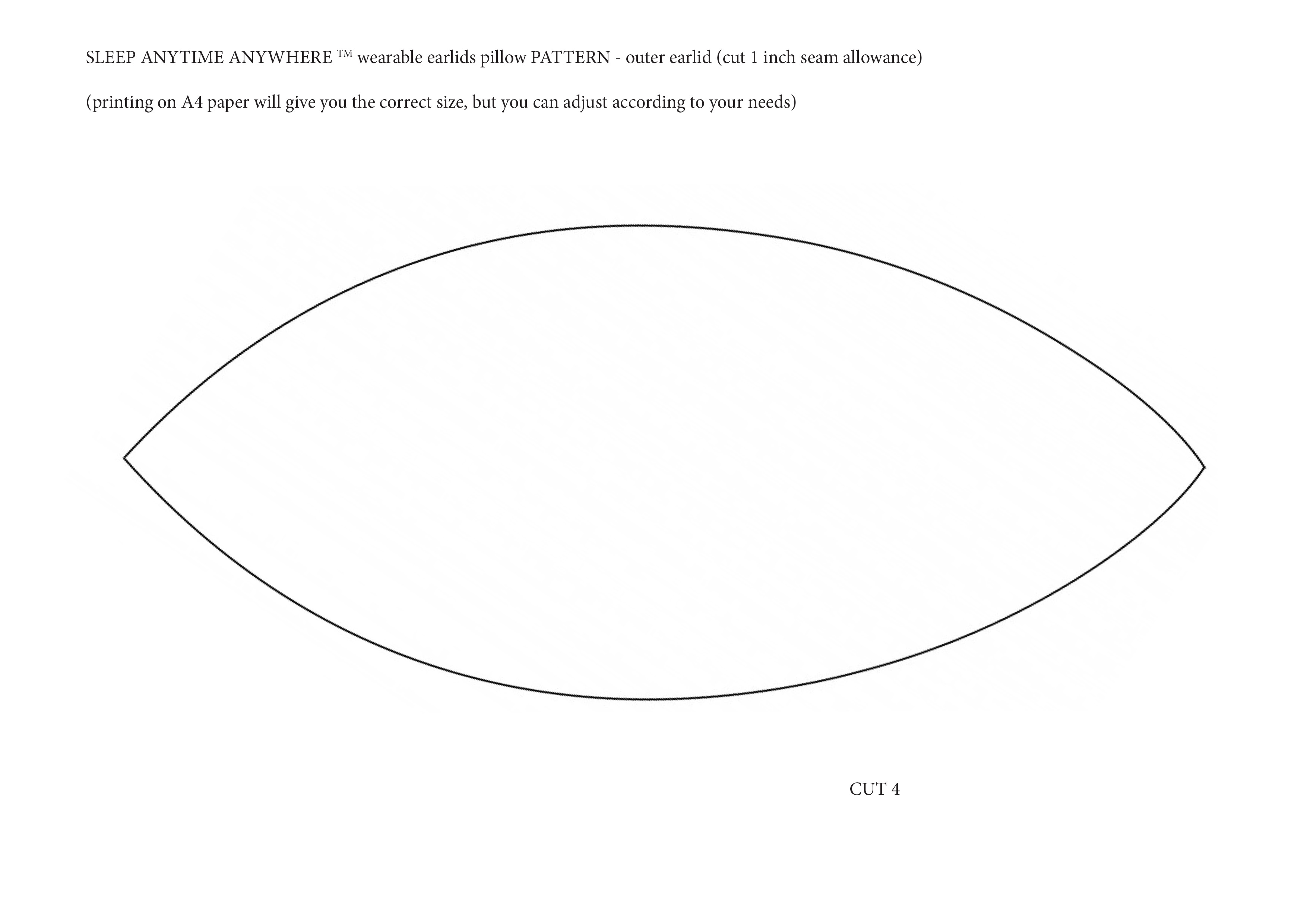 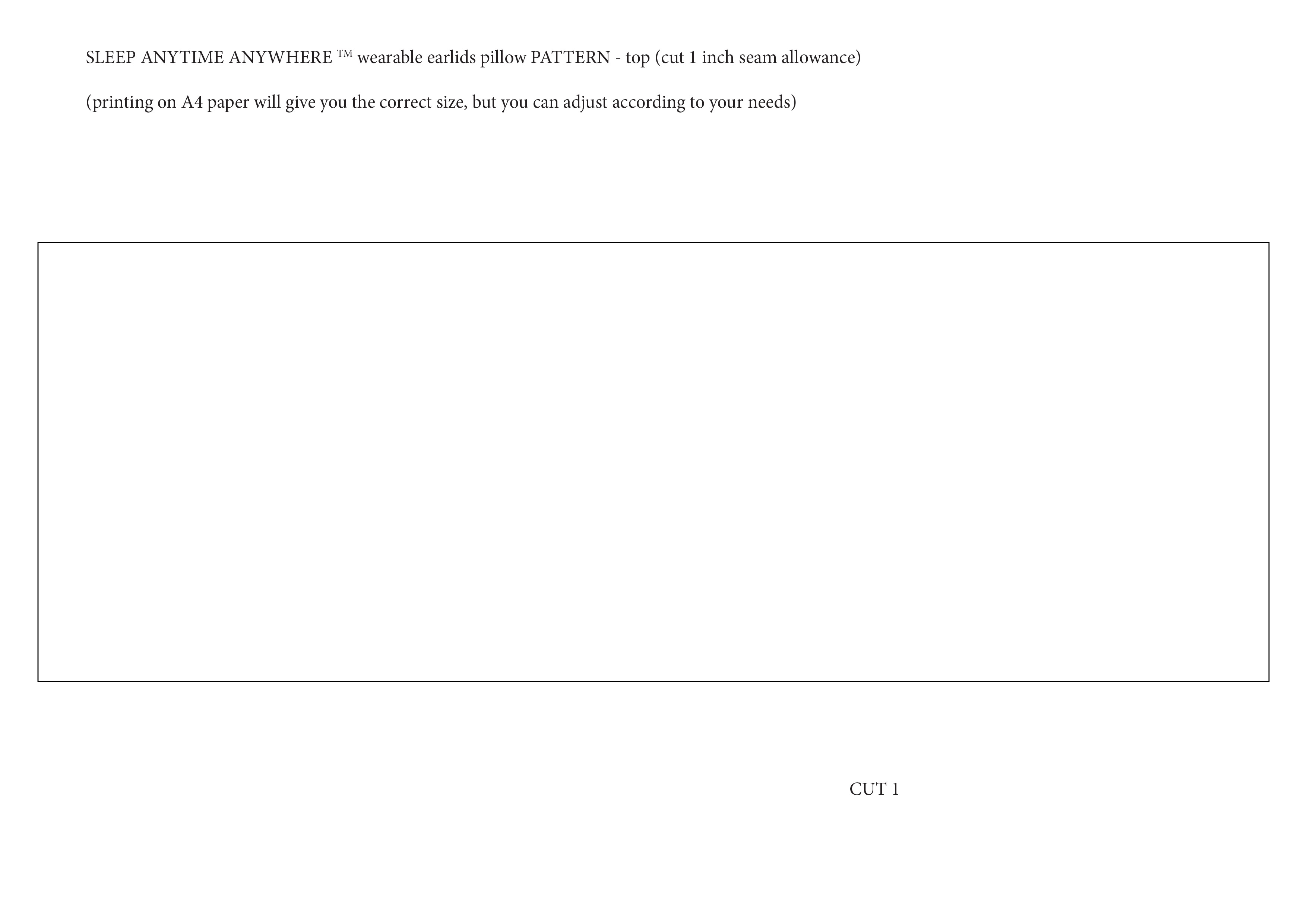 Cut the pattern from the fabrics with one inch seem allowance. Sow two circles together and turn. Fill with leftover scraps so the circle has a nice soft ‘bedding’. Sow two ovals together from point to point and lay on the circle. Sow together and turn, leaving a gap in the bottom. Repeat for the other earlid. Sow the rectangle into a tunnel, turn and measure how much you need for your head. Cut the rectangle to fit or use a button on the top so you can adjust the size (handy for when you are sometimes wearing your hair in a bun on top). Sow together. Sow ribbons on the bottom side. Glue two straws together with the white glue and stick them into the plastic bag. Glue the opening. Take care not to block the airflow with glue. Let dry. Put a bag in each earlid. Blow when drowsy. Use an elastic band to trap the air inside. Enjoy your SLEEP ANYTIME ANYWHERE (TM) wearable earlids pillow!

What I Didn’t Make#

I am sorry but I am scared of soft robotics and automated silicon. Maybe I suffer from silicon phobia? At any rate I couldn’t make myself to cast a silicon tentacle or claw. The milky white, slightly sticky and squishy material just gives me the creeps. I would have liked to make an earthworm and see if I could remake its body movements, but I just couldn’t. Maybe later. Will try to get over this. Instead I made plants (sort of) from thermo-adhesive vinyl (see below).

What I Eventually Did Make# 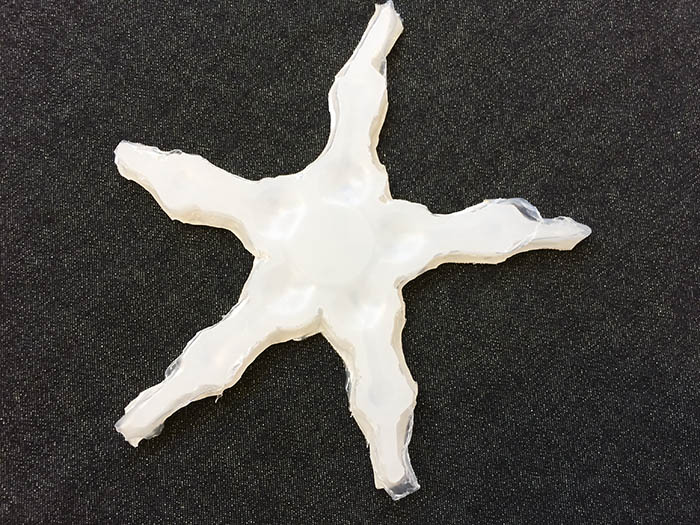 A silicon creep that I am still phobic to. But I did it! And even more proud since it really worked as a muscle.

I made a layered mold from 3 mm acrylic that I cut with the lasercutter (speed 35, power 100, corners 25). I superglued the parts together. Then I sprayed the mold and a flat surface (for the cover) very thoroughly with mold release spray (yikes). I mixed Ecoflex 30 in equal 50/50 parts following the instructions, first from the yellow flask (component A) and then from the blue (component B). I stirred, not shook, and after a few minutes poured the silicon in the mold and on the surface. On the cover surface I had fixed a fabric with a drawing on it, for firmness and the illusion of intestines. The silicon should have been cured after a few hours, but I left it a night to dry. The next day I removed the silicon creep from its mold, put it on the flat cover surface and ‘glued’ the seems with a new batch of silicon (about 8 grams). I still need to blow up the silicon creep with a large syringe or compressor. Like you, I am very curious. I will post results as soon as I have them.

The design of my silicon creep is inspired by 5-fingered deep sea creatures. I reserved extra silicon tentacle-like parts on the outer ends where no air will blow, just to add a little extra creepy, still flexible ‘silicon’ movement. 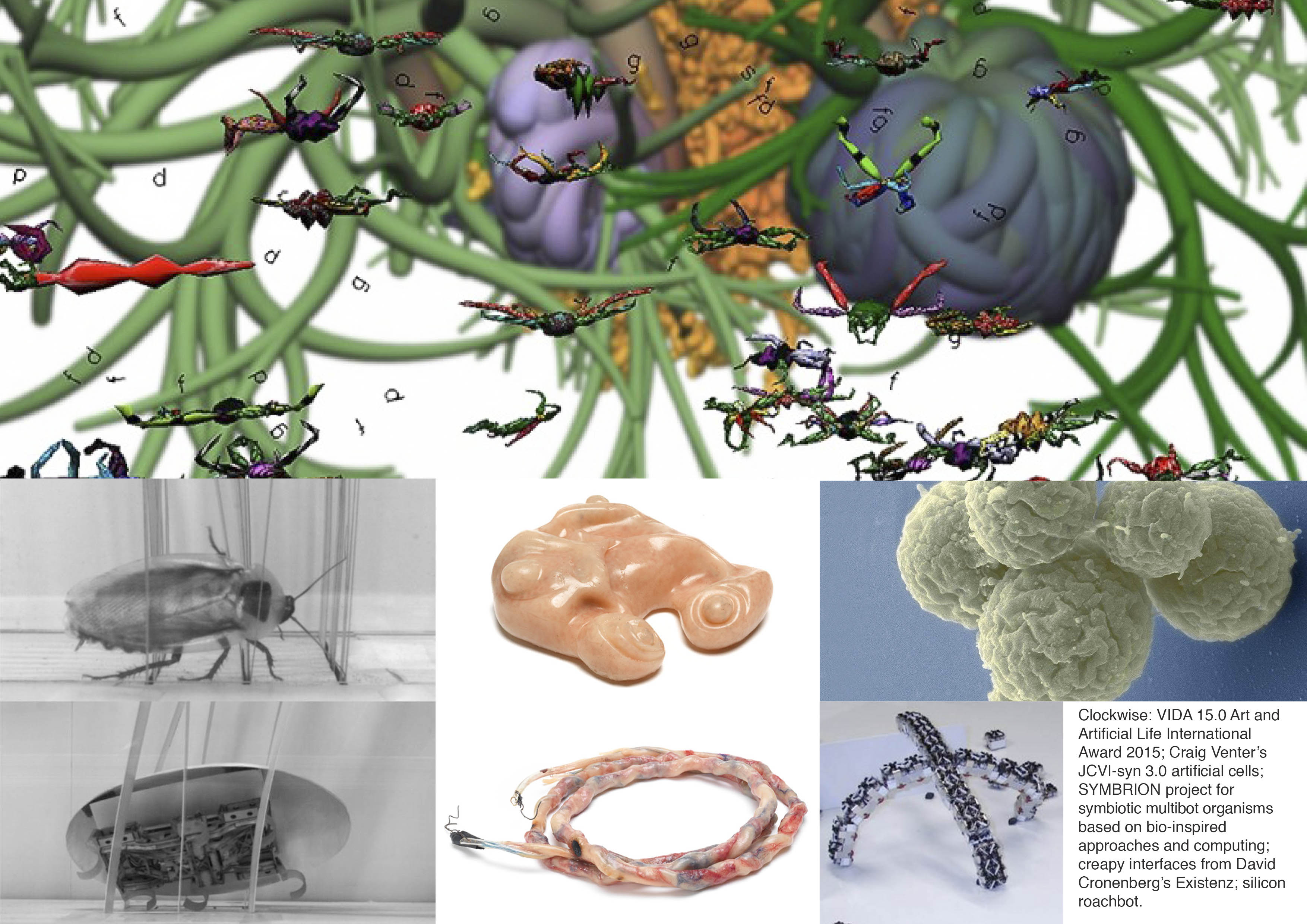 Maybe I am just silicon-traumatized by some horrific sci-fi movies I saw. David Cronenberg’s Existenz made me so sick that I had to work really hard not to vomit or faint in the cinema (instead I covered my eyes and broke into a miserable sweat all over). The same with The Borg from Startrek and the androids (good or evil) from the Alien-frenchise. Androids, cyborgs and cybernetic extentions to the body seem so uncanny alien to me. And why does robot technology needs to be cuddly packaged as some sort of life-surrogate? I find anthropomorphized robots appalling. I can only deal with robots (and even like and admire them) when they look like what they are: programmable machines. It seems the latter gives them more dignity too, to let them be entitled to their own category of creatures. 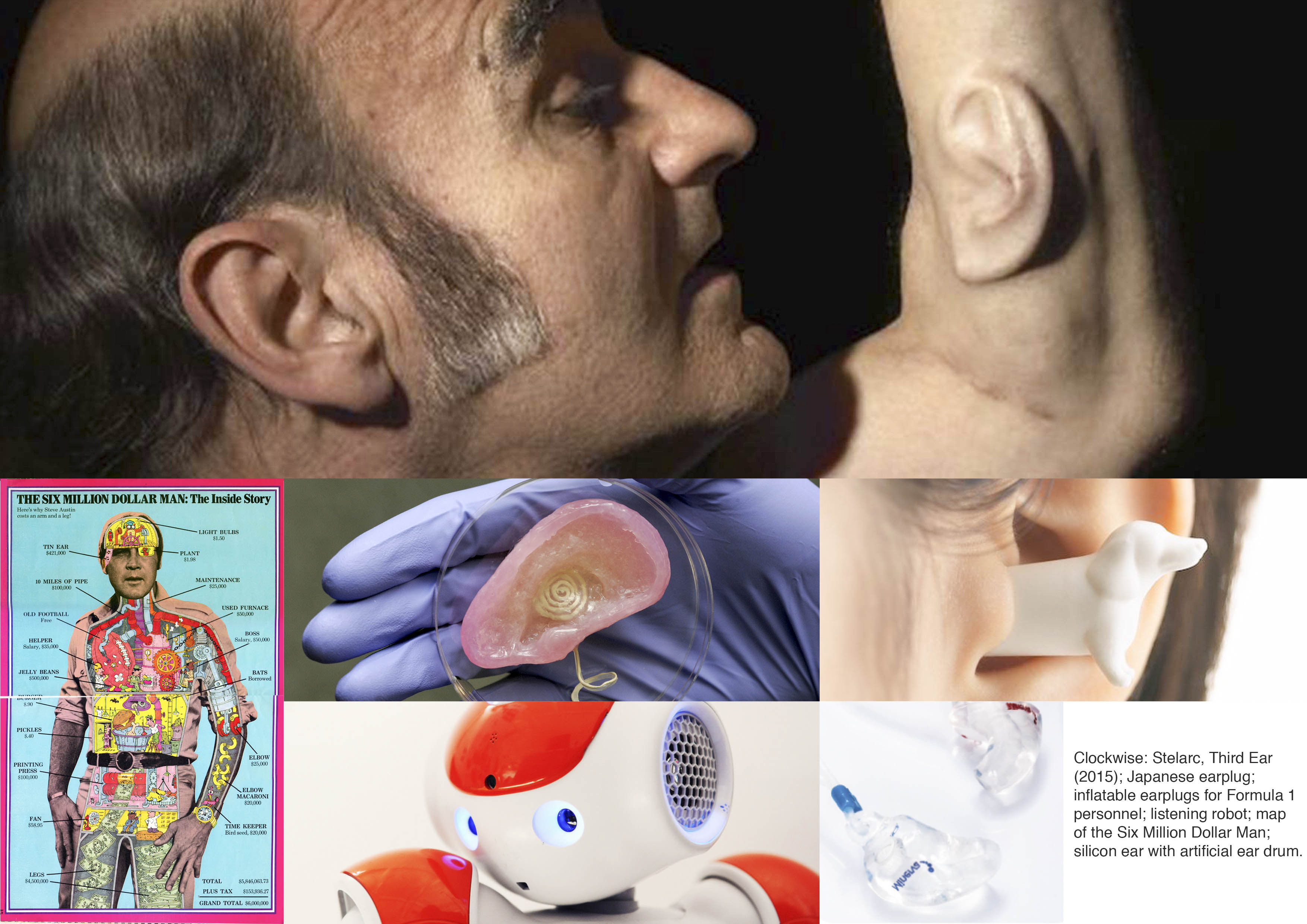 I cut a swirly swirl from baking paper and ironed it between two sheets of thermo-adhesive vinyl. After a first try-out I cut the vinyl in strips to make a inflatable swirl.

I folded a piece of baking paper and cut out some diamonds and circles (like in kindergarden, where we made ‘lace’ from paper towels). It resulted in a beautiful symmetric form that also worked as an inflatable. 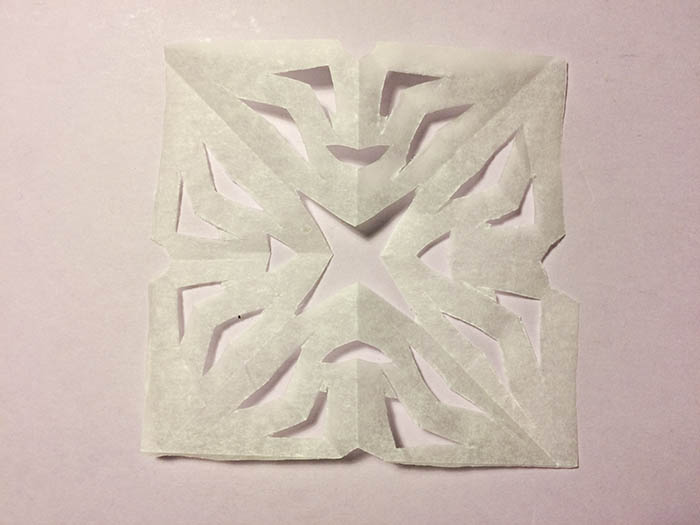 ‘Plant’ nr. 1. I wanted to see how I could make organic leave shapes. I cut out symmetrical ‘organic’ shapes from folded baking paper. The first version looked like a camping bed. Then I cut out the seperate leaves and indeed it became an organic plantish thing.

‘Plant’ nr. 2. Or rather: flower. Now I first cut the seperate strands from the vinyl and cut the baking paper to fit in. This was tricky. The result is more like a sea creature that lives in a coral.