The focus of this week was around soft robots and their applications in different feilds. 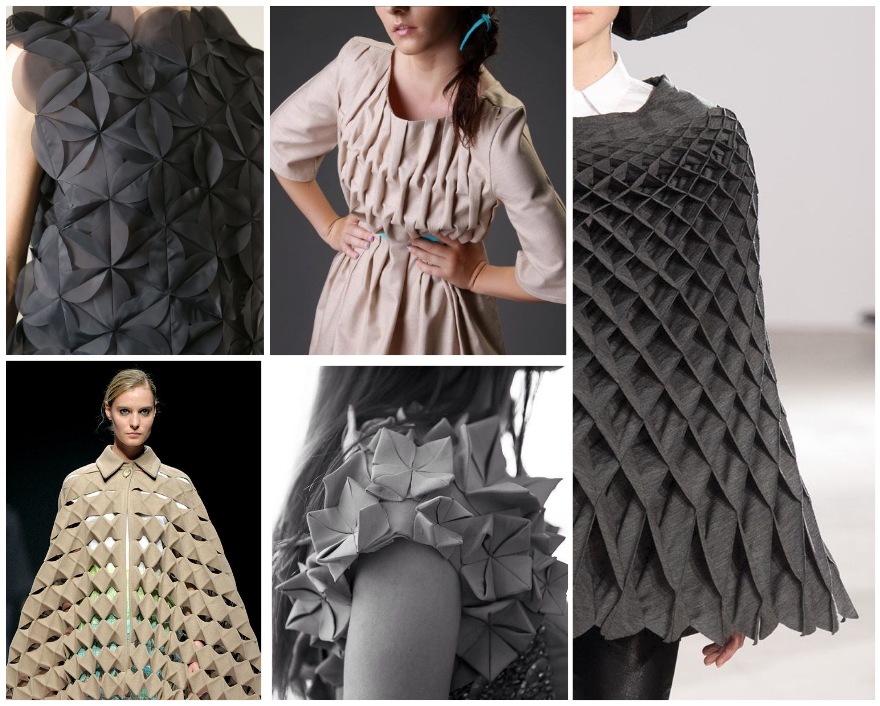 If you have watched Big Hero 6 movie you should have a brief idea about soft robots!

Soft robots are a special type of robots constructed from materials similar to those found in living organisms. Soft robotics draws heavily from the way in which living organisms move and adapt to their surroundings. The movie Big Hero 6 demonstrated the concept of soft inflatable robots through Baymax the lovely health assistant. They are used in many different applications (refer to the link); however, bionic prosthetics, orthotics and rehabilitation are considered the most interesting ones.

Soft robots are gentle and safe to use with human when compared to the metal/ hard robots. Moreover, the softness makes the robots adaptive to the systems in which they are embedded onto.

The Assignment of the Week¶

I got inspied by oragami paper art and paper folding methods. I have simple patterns using the concepts of oragami and modularity and I made the following three designs. 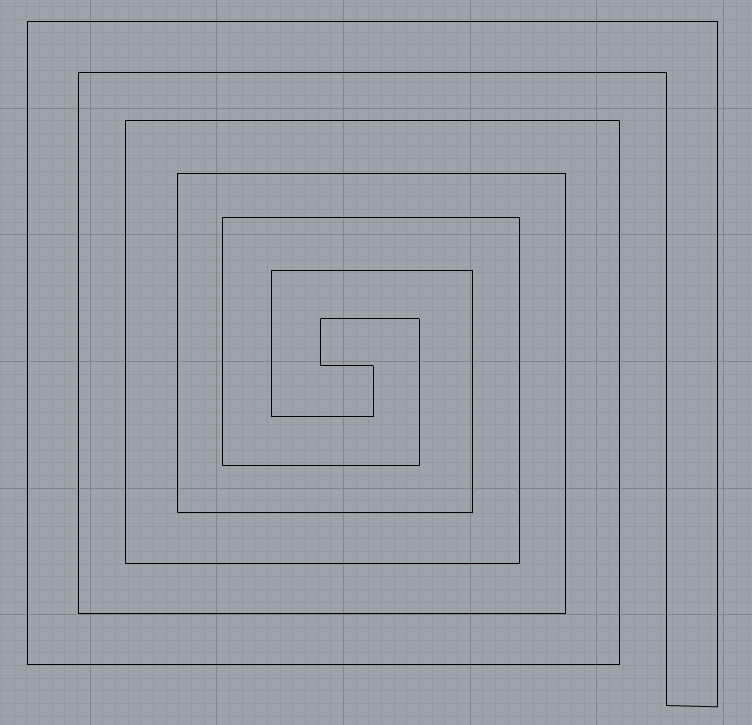 I have taken a screenshot from the design I have developed in Rhino and then I opened the image in Silhouette Studio software. I am using copy paper or baking paper which is very thin paper, to cut the design. 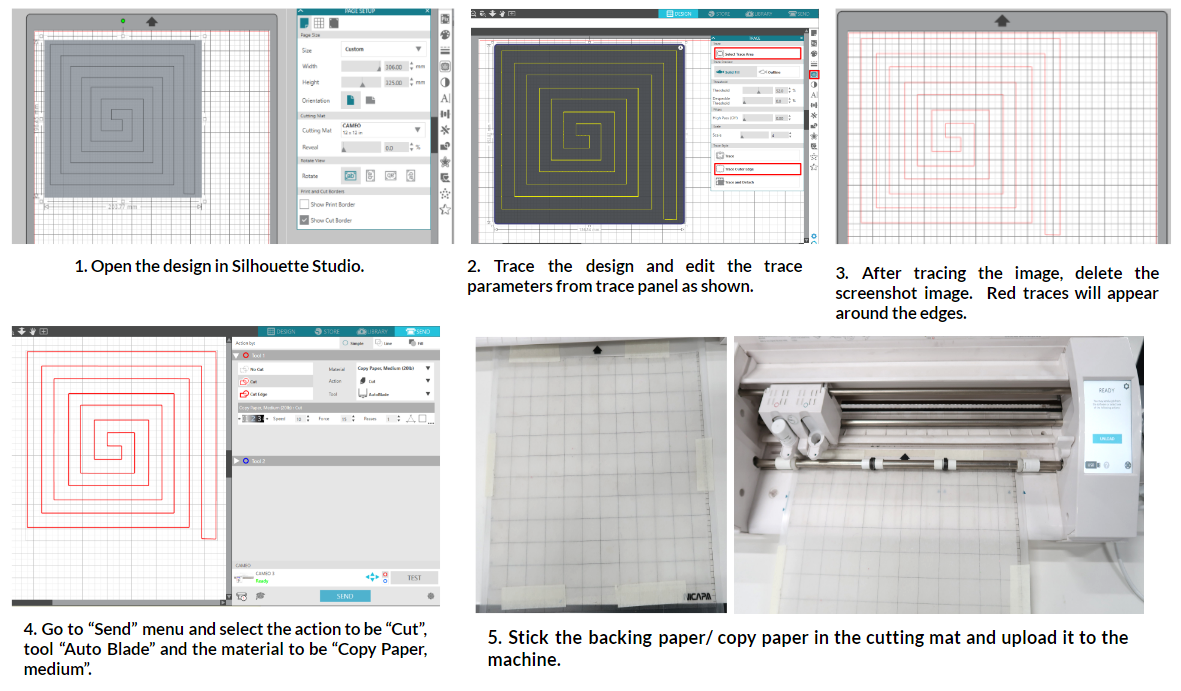 As the vinyl cutter did not work, I decided to use laser cutter I followed the steps below. 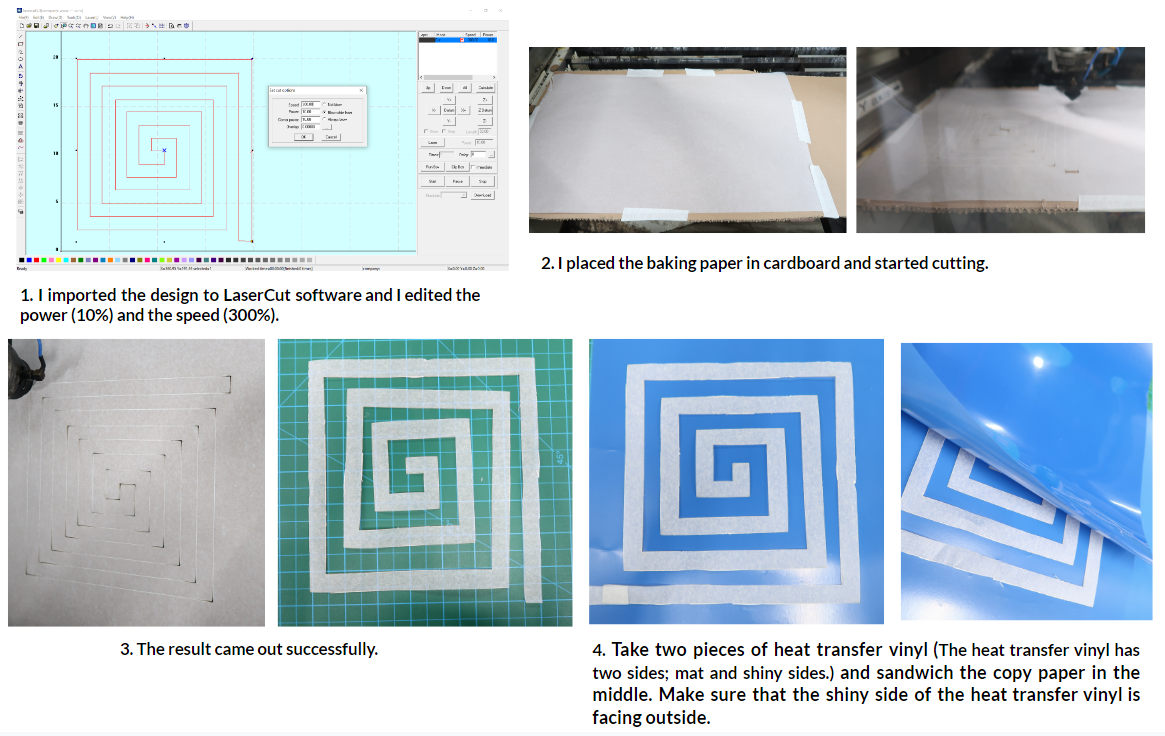 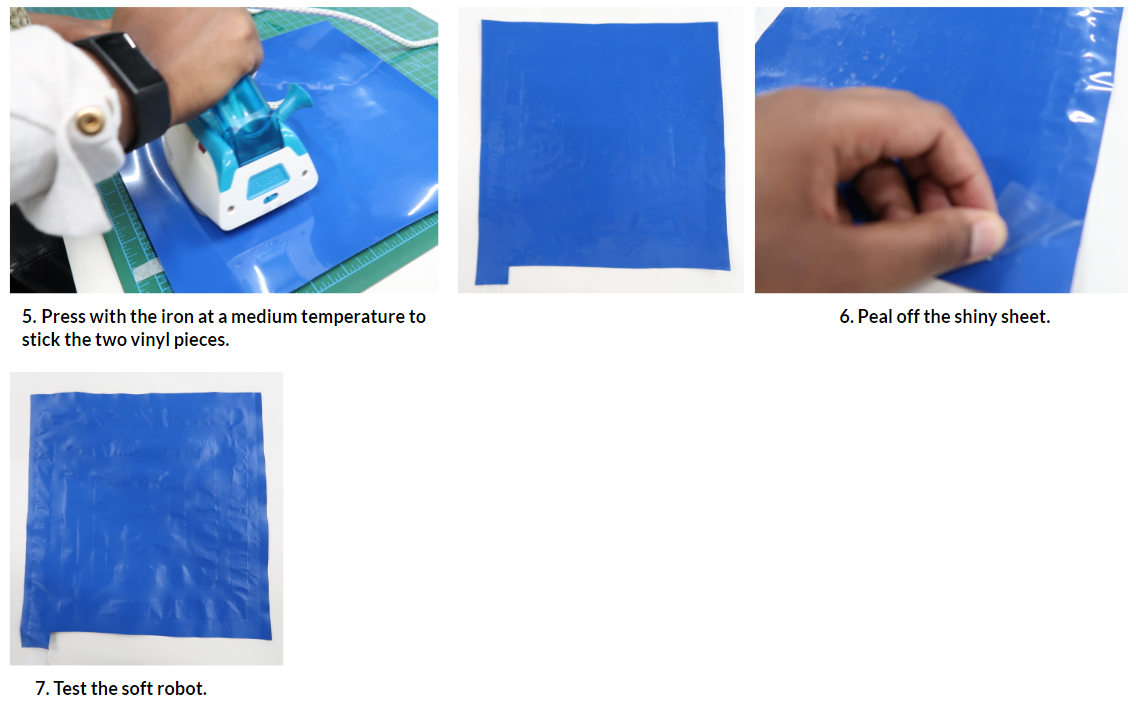 Finally, I tried inflating the soft robot with a pipe and got this! 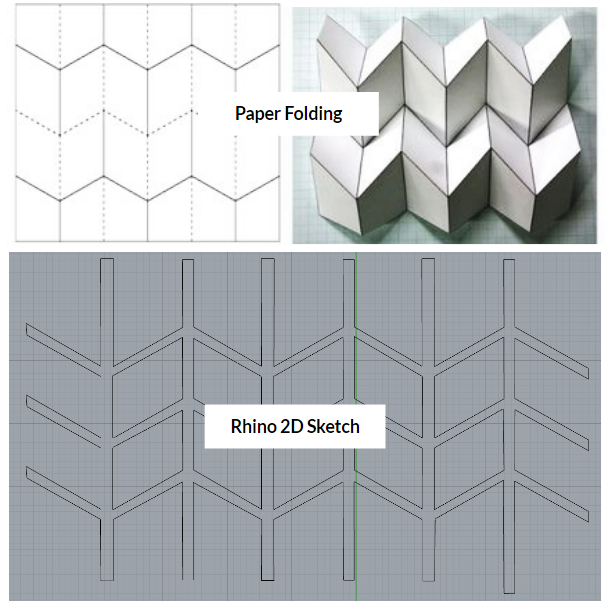 I again used laser cutter to cut the design. 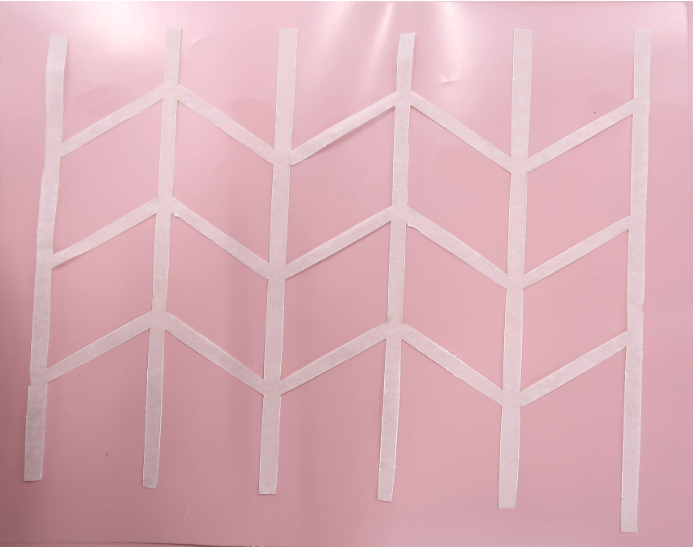 This design is a modified version for the modular fashion week's project. I am using the star as a single soft robot and also as a modular design. 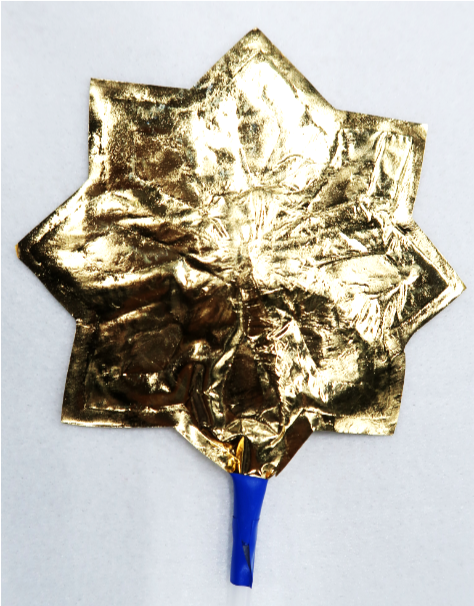 The process for making a soft robotic actutor is quite simple as illustrated in the following figure.

Refer to the link for detailed guide on how to fabricate a simple soft gripper.

I have designed a small gripper that I would like to control its movement in two directions; up and down similar to the one in the figure below. To do this, I need to imbed two soft robots together back to back.

Using Rhinoceros, I developed simple 2D models for the laser cut molds for the gripper. 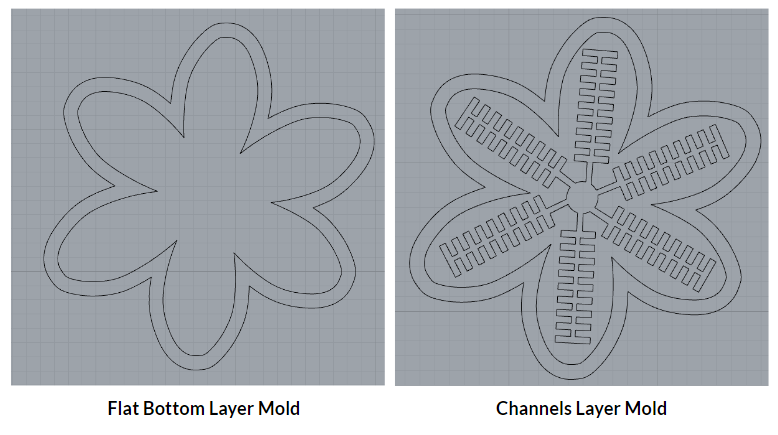 As I need to fabricate molds using laser cutting machine, I have exported the 2D design from Rhino and I have used two acrylic of different thicknesses to cut different layers. The following figure shows that the buttom flat layer thickness could be 3mm or 5mm; however, for the channels layer, the channels should be made with a thickness smaller than that of the mold surrounding walls. Therefore, the channels should be cut separetly with a different acrylic to ensure that there is a gap to pour the silicon rubber. 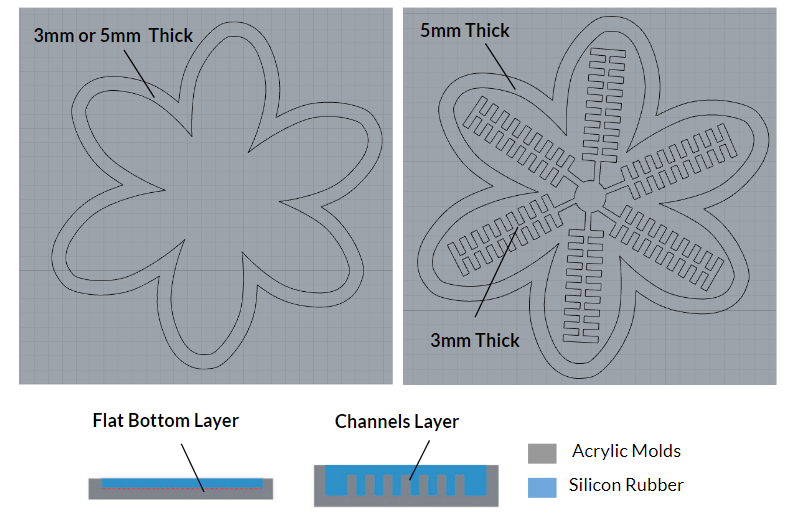 Using the Laser Cut software, I have imported the parts and I processed the 3mm and 5mm acrylic parts seperatly as they have different laser cutting parameters.

Cutting and assembly of the molds' parts. I have used sure glue to stick the parts together.

I have used Dragon Skin 20 silicon rubber from SmoothOn. 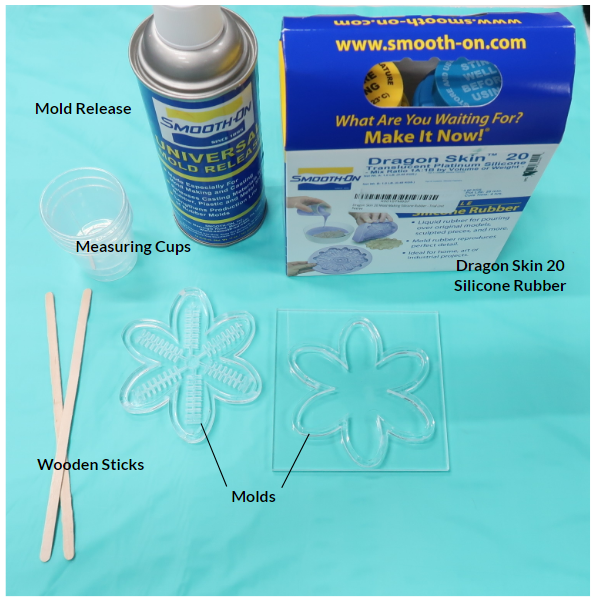 The following figure shows the required components to build the control circuit.

This circuit only does the inflation using the air pump. However, to add deflation feature, each pump or mini DC motor needs to be coupled with a solenoid valve.

Refer to the comments to understand what each line of the code does.

To test the air inflation and deflation circuit, I hacked a small cheap blood pressure monitor and I desoldered the DC motor and the small solenoid valve.

I have used one circuit for autoinflation and deflation to with the gipper. To blew air, I have used a tube with needle attached at the end. Then I punctured the soft robot with the needle at the middle where all air channels are connected.

It seems that the air channels design is fine; however, the petals of the gripper are short which makes bending quite difficult. I have design another gripper but only with five petals and I made them longer. 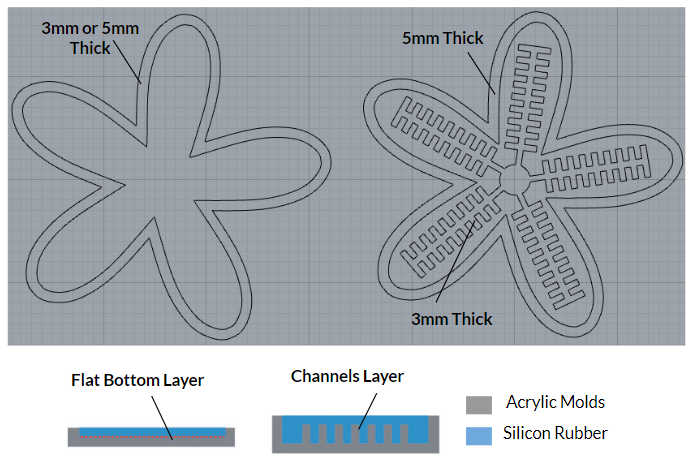 I repeated the same process to cut the molds and to cast with silicon rubber but this time I used Ecofle 00-30 which is more flexy silicon rubber and I used Dragon Skin 20 again but for sealing the two parts of the robot together. It seems working!! 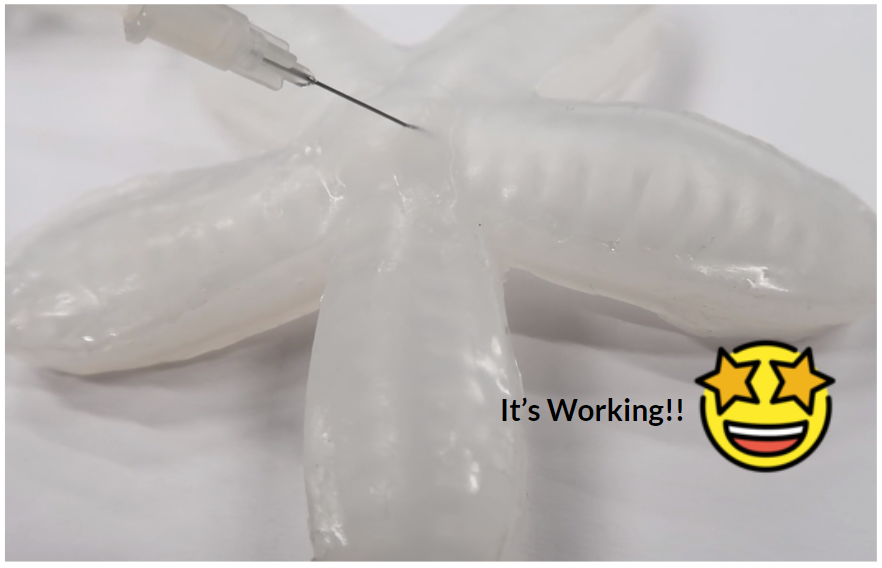 Now the same process needs to be repeated for the second gripper and then they need to be attached back-to-back.

As in soft robot the movement is simple generated and controlled by air blowing through air channels, it is very important to design them in a way that will assist movement in the desired direction and behaviour (Refer to the slides by Adriana for more details). It is also very important to consider the relation between the length of air channels and the number of needed air inflation sources. i.e. for long or big designs, more than one source of inflation is needed. For istantance, for my zigzag soft robot there should be two sources of inflation as follows to obtain the desired folded paper look.

The movement of the soft robot depends on the elasticity of the silicon rubber which is defined by material shore hardness. Smooth on products are represented in a nice figure showing the hardness and the application of the different silicon rubber materials.

The direction of the movement of the soft robot can be controlled by adding a piece of fabric to the silicon rubber to add stifness which will control the direction of bending (Check the link for Adriana Cabrera workshop in Qatar for more details).