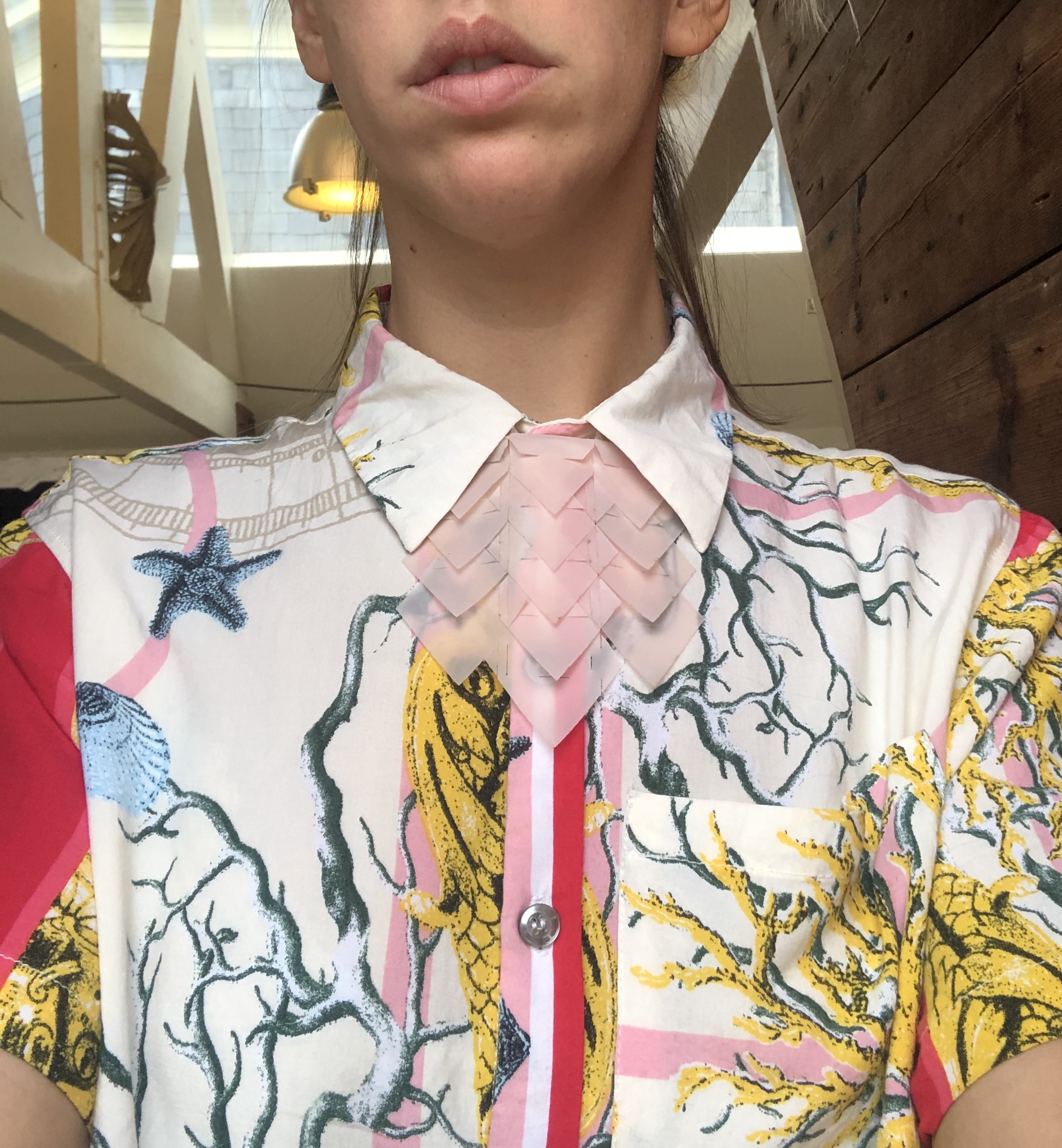 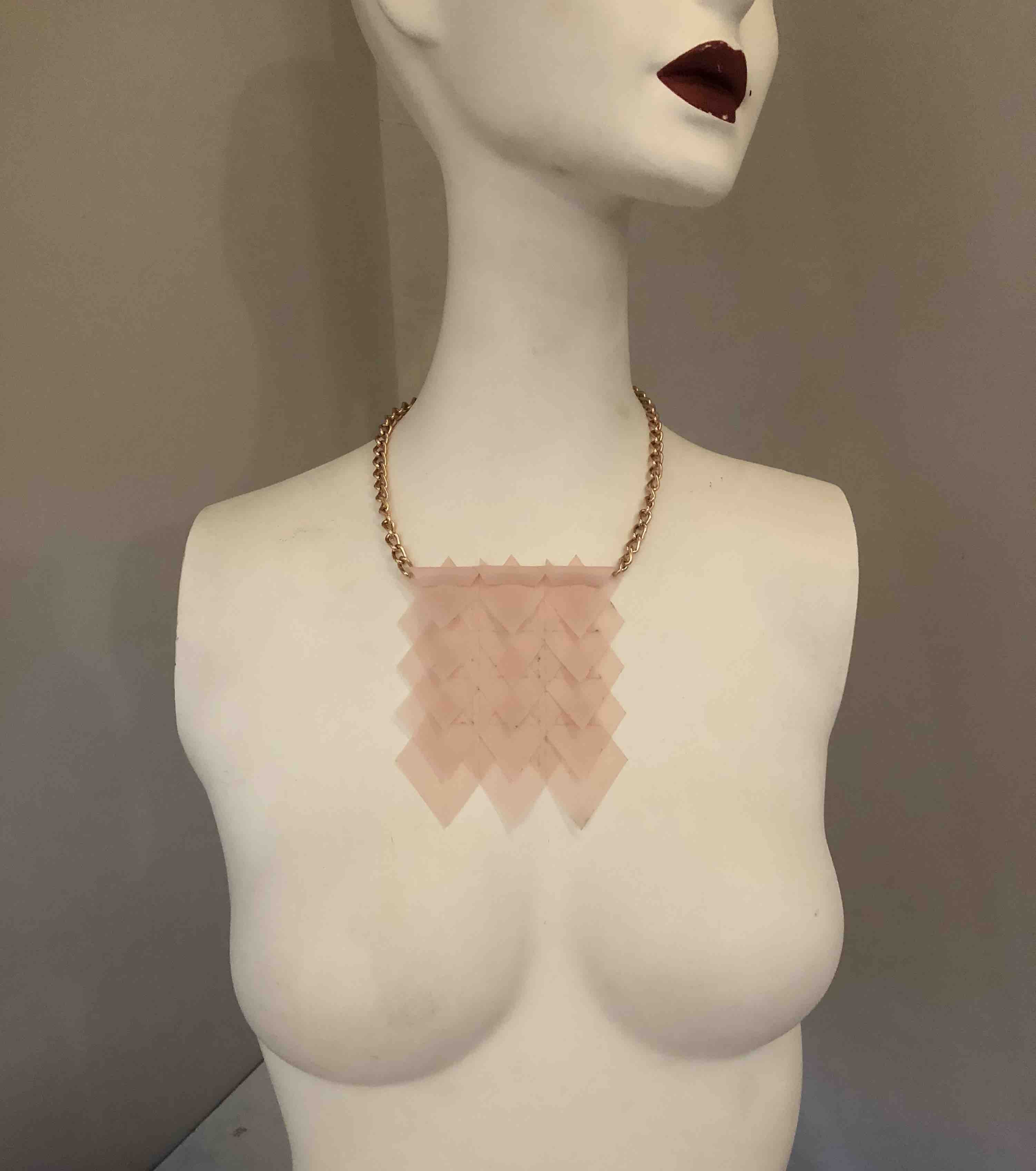 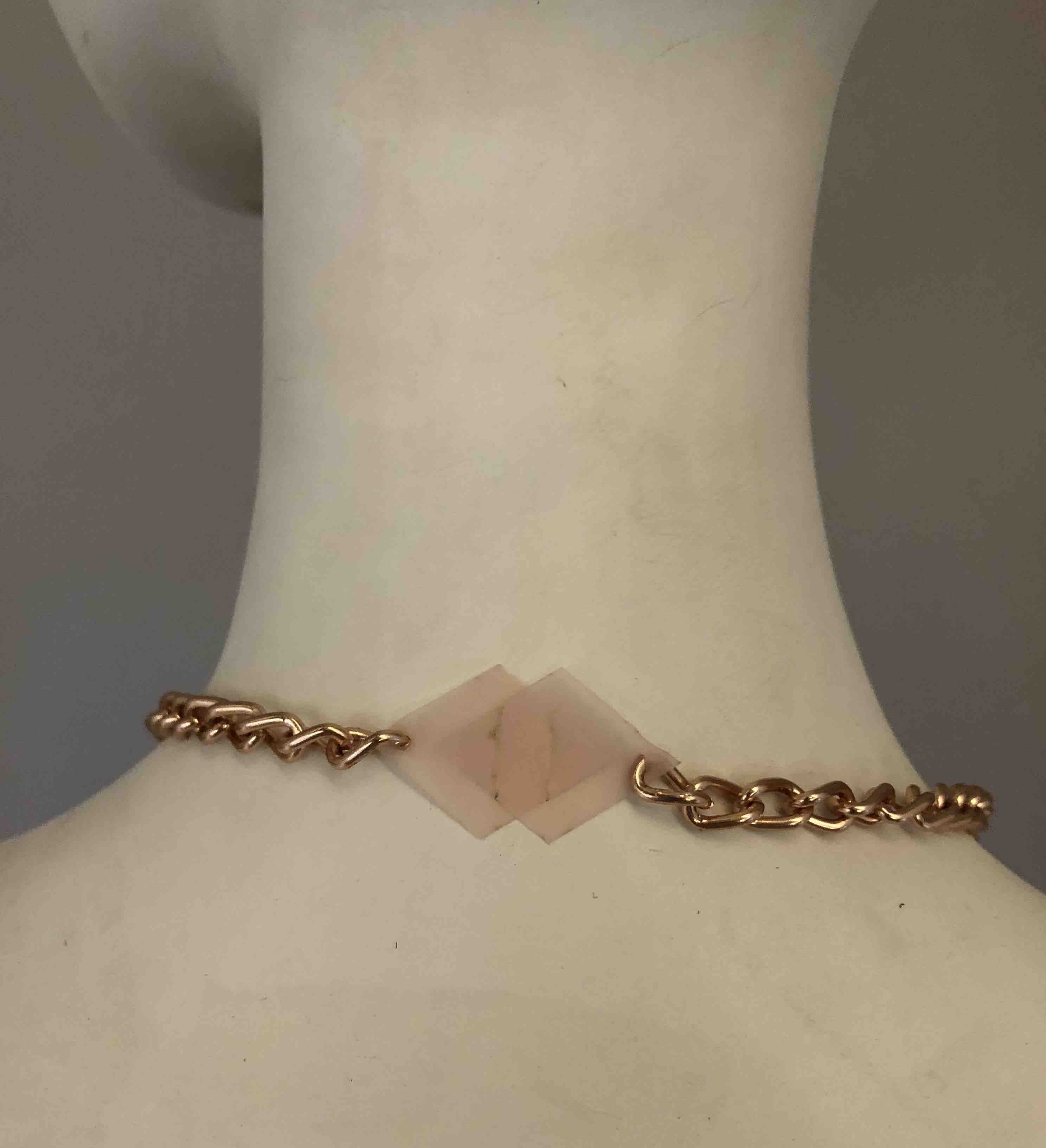 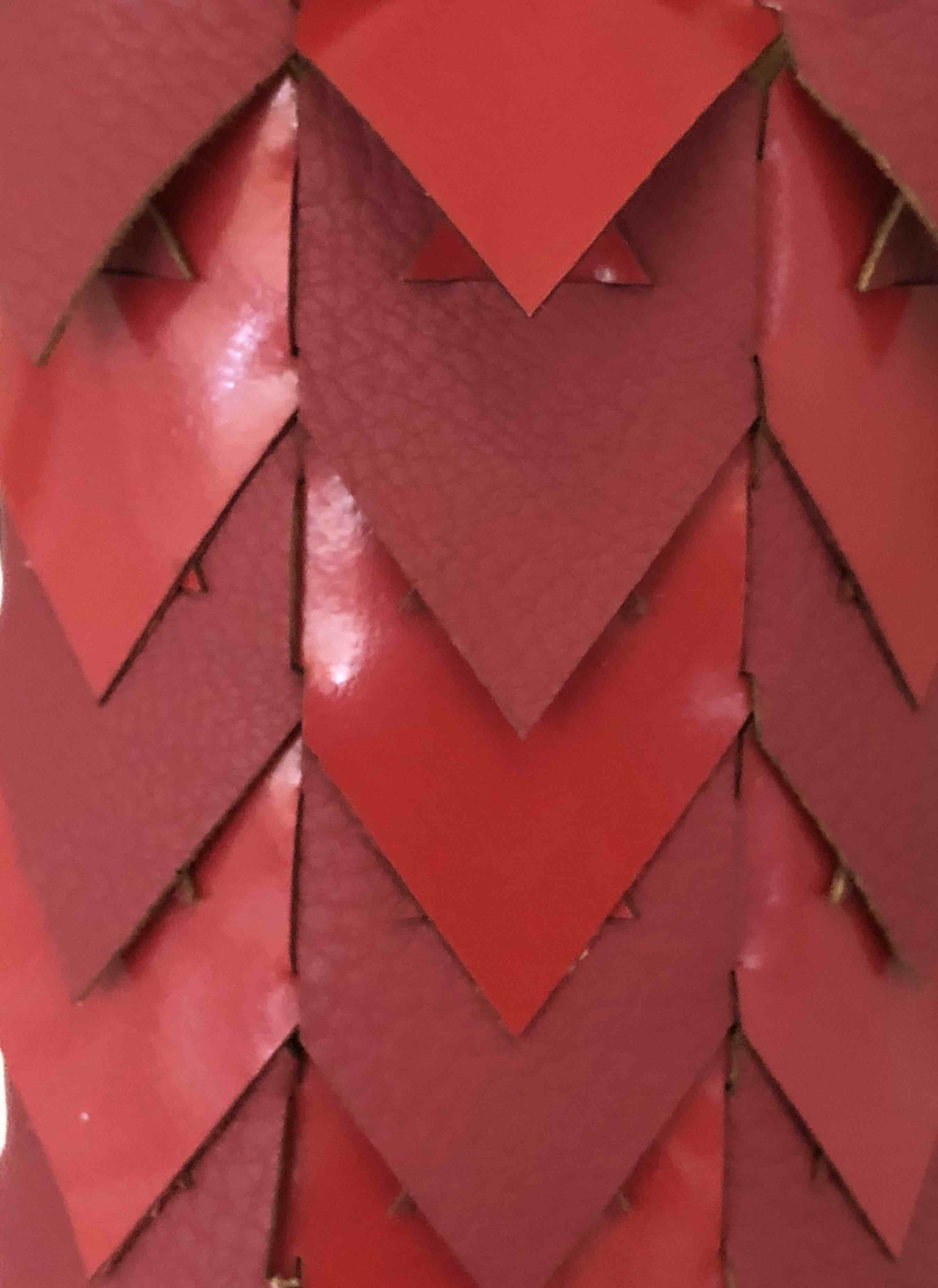 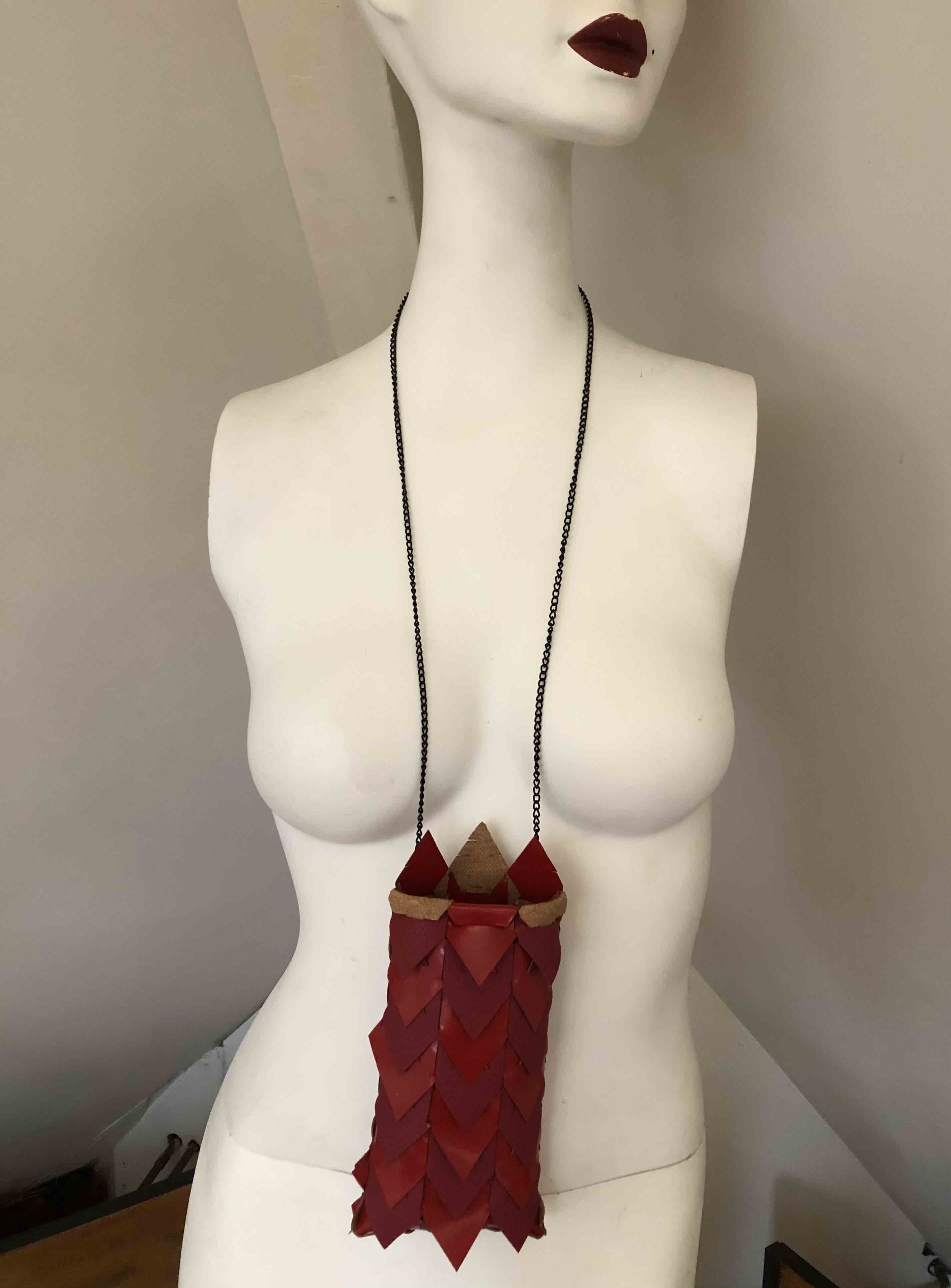 The first source of inspiration I had was some fish scales that I have been keeping in a drawer for more than 2 years now. The scales where given to me by some fishermens at a beach in Brazil, there were all discarded in the sand from the fishing of the previous day. I got totally fascinated by them, the shape, transparency, texture and silver color tip are all so beautiful. So my first step on this week's process was to start digging in the world of the scales, how do they form a pattern and also researching about this fish in particular, called Camurupim (known as Tarpon in english), a huge fish that looks right out of pre-historical era. 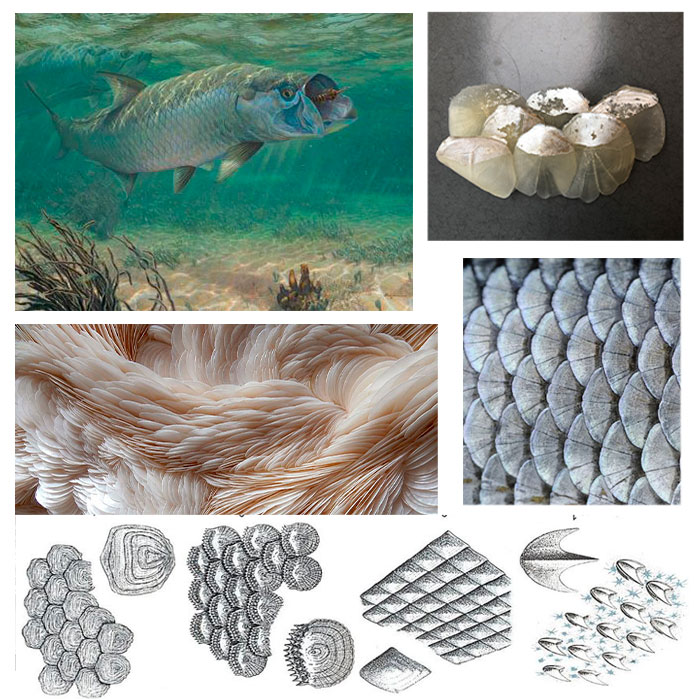 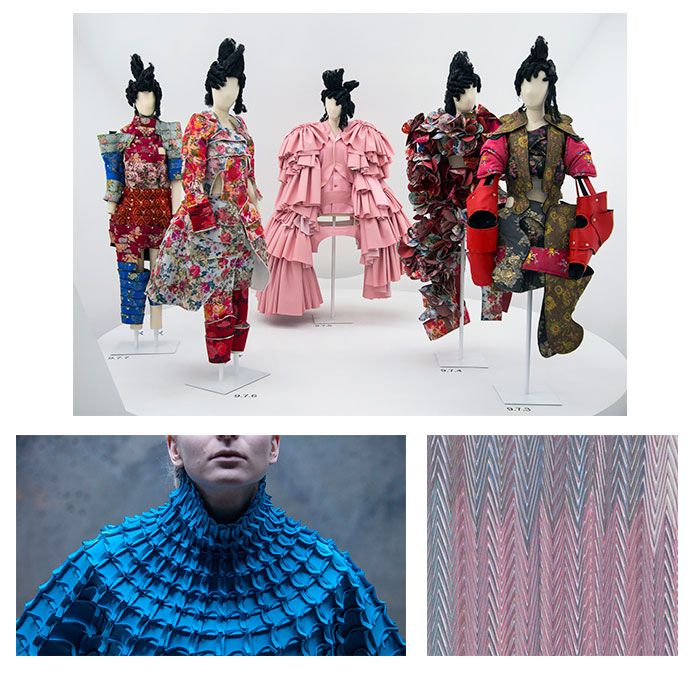 Other source of inspiration came more from the fascination I have with traditional patterns in the fashion industry, how they shapes cultures and are instant recognizable. I reccomend here the Articles of Interest podcast where they explore the reasoning and history behing such common concepts in fashion that we are not used to think about.

This week I has A LOT comes and goes. So I'll try to explain how the process was with it's UPs and DOWNs.

Finally these were all the different shapes and fabrics I used, below the specification of laser cutting. 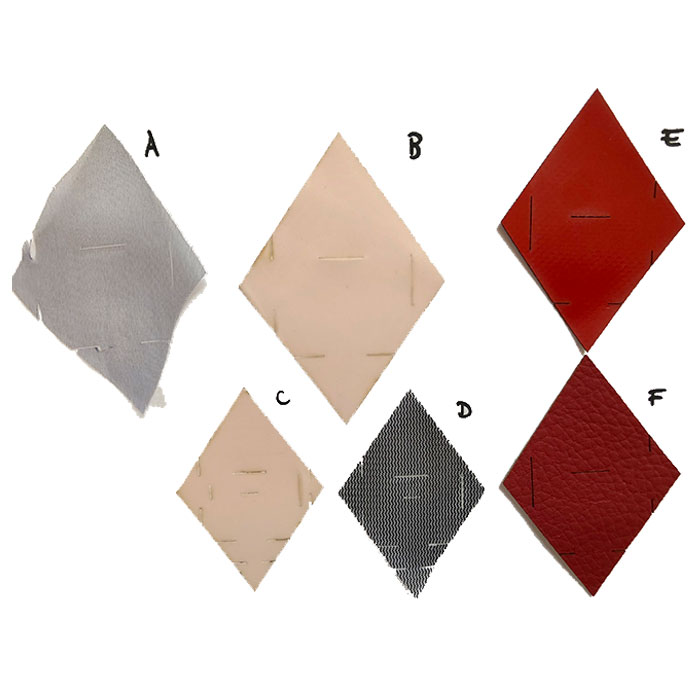 A. Fabric Type: Organza | Composition: 100% poliester | Lasercut specs: Speed 150 - Power 12 - Corner Power 12 | tip: to cut organza you want to make sure to have a paper underneath your fabric, so is not flying away, the best solution was with a cardboard sheet under and spraying water to have them "glued" antoher important thing is to make sure to have the laser cutting first the lines inside the module and then after the outlines, so you make sure the fabric don't move as well

B. & C. Fabric Type: Translucent Forsted Matte TPU Soft | Composition: 100% Thermoplastic Polyurethane | Lasercut specs: Speed 150 - Power 15 - Corner Power 15 | problem: since I choose a light color, I had a problem with burning the edges with the laser, so I got some brown stains that I couldn't remove

The module I decided to use as a final version is a diamond shape intercalated in a way to leave no open gaps. It was intriguing to me to create something we are used to see as a plain fabric in a modular construction, that at a first glance doesn't seems a module.

This is the step by step on Rhino for this module: 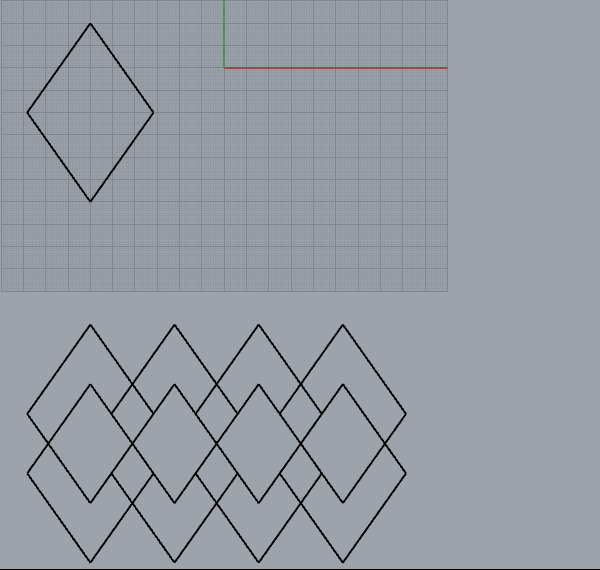 SEPARATE THE OVERLAPPING PIECES AND CREATING THE CONNECTING LINES 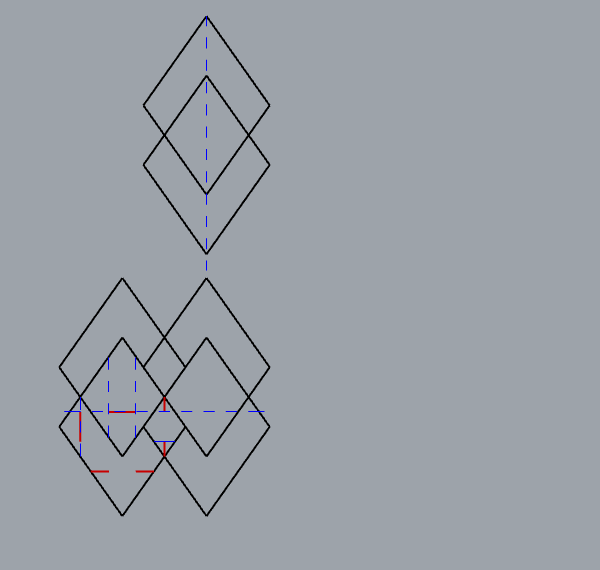 HOW THE MODULES CONNECT HORIZONTALLY

HOW THE MODULES CONNECT VERTICALLY

THIS IS THE SAME PATTERN ON A DIFFERENT VERSION: WITH DOUBLE CONNECTIONS TO MAKE THE STRUCTURE STRONGER 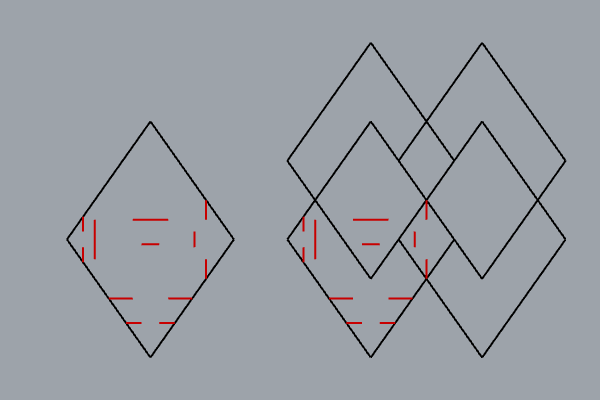 I've made a video/tutorial on how to make the modules on Rhino software. They are very basic instruction but I like to think that it might one day help a lost person like I was last week :) 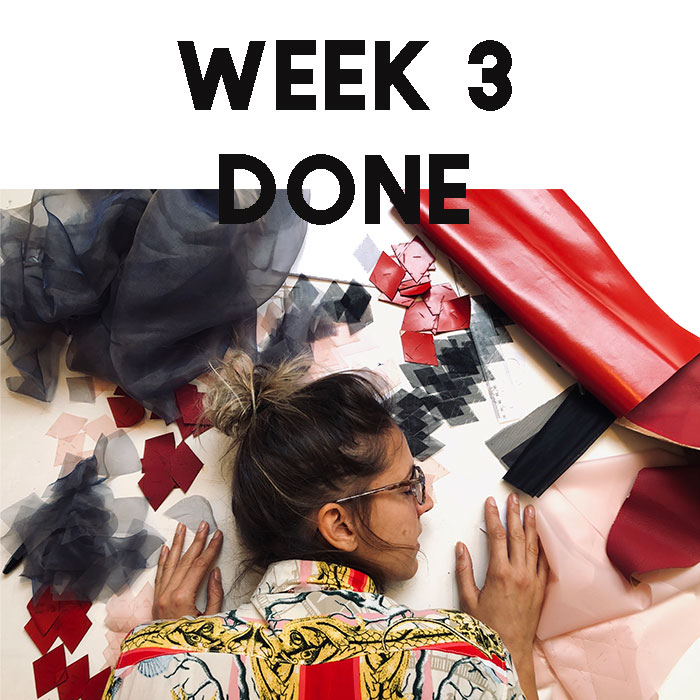