This week we were introduced to sof robotics concept and examples. One of the main idea that I really enjoyed this week is that robots don't need to have those characteristics that they are immediately remember for, as mettalic, complex, rigid, big, (and often ugly) structures. Automated structures or moving objects can be also very simple and organic. Using nature as a reference, biomimicry can devlop amazing structures that are able to execute more with less and definitely looking better.

We started the experiments with a vinil paper/fabric, that is a special heat sealing material. It has a shiny side and usually a white side. The white side is the one we use to "glue" the fabric together.

By placing a baking paper in between the vinyl fabric and iron (or heat press), the part that had the paper won't glue to the other side and will create a guide for the air to flow. 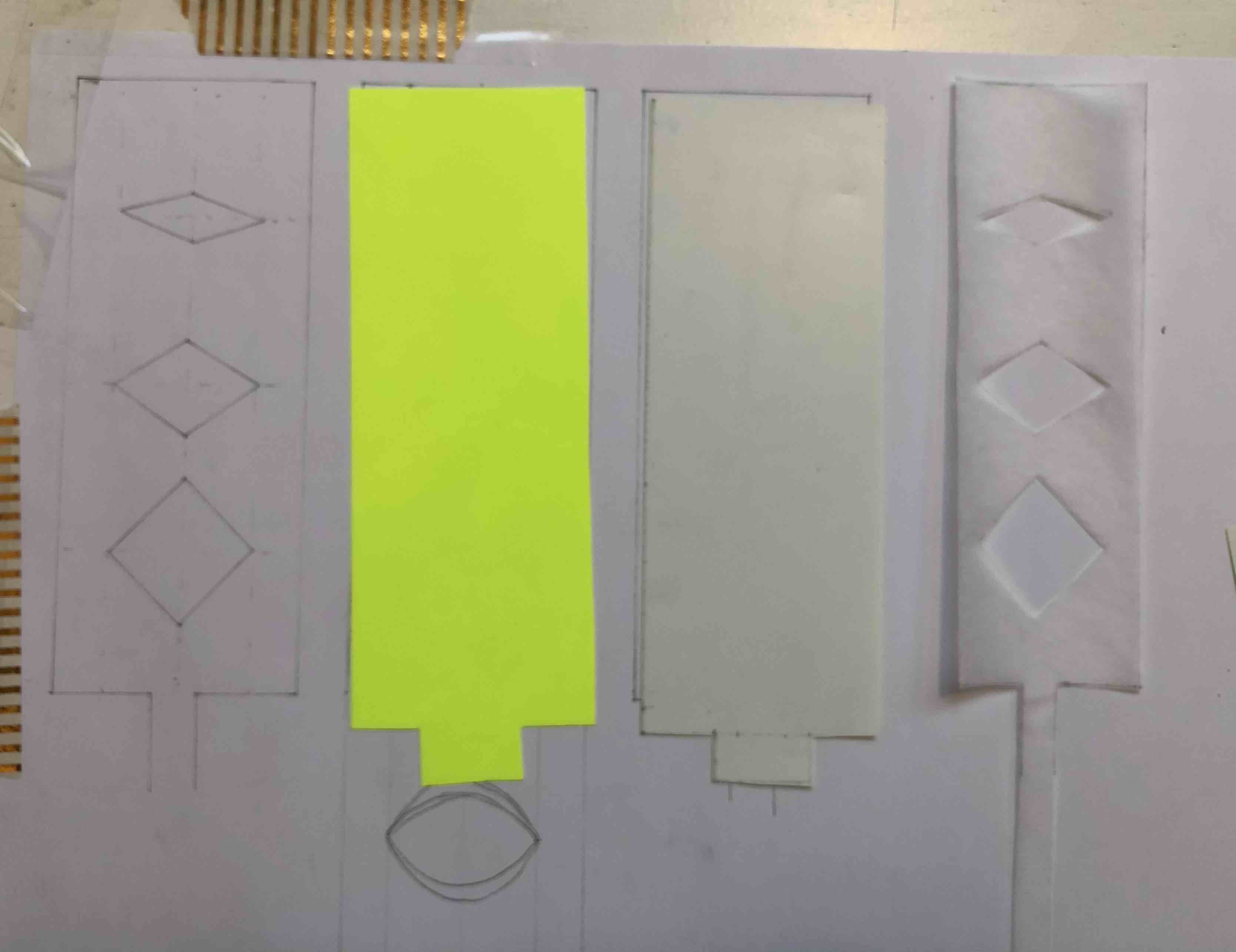 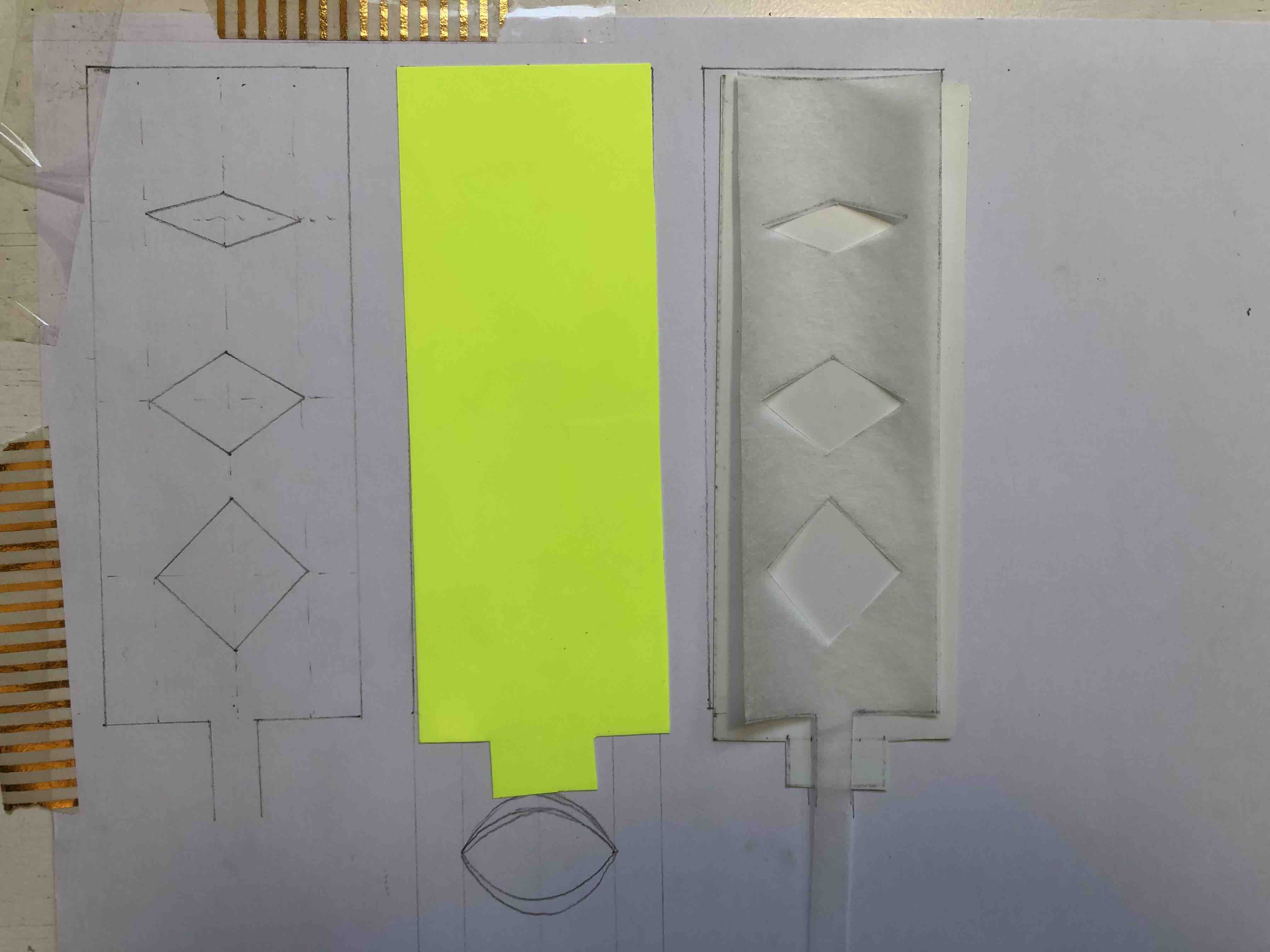 I also experimented with TPU matte transulcid fabric (or something like Waterproof Transparent Thermoplastic Polyurethane), it's very easy to melt/weld with heat and it has a nice texture like some sort of silicone fabric.

First test on paper with a round shape 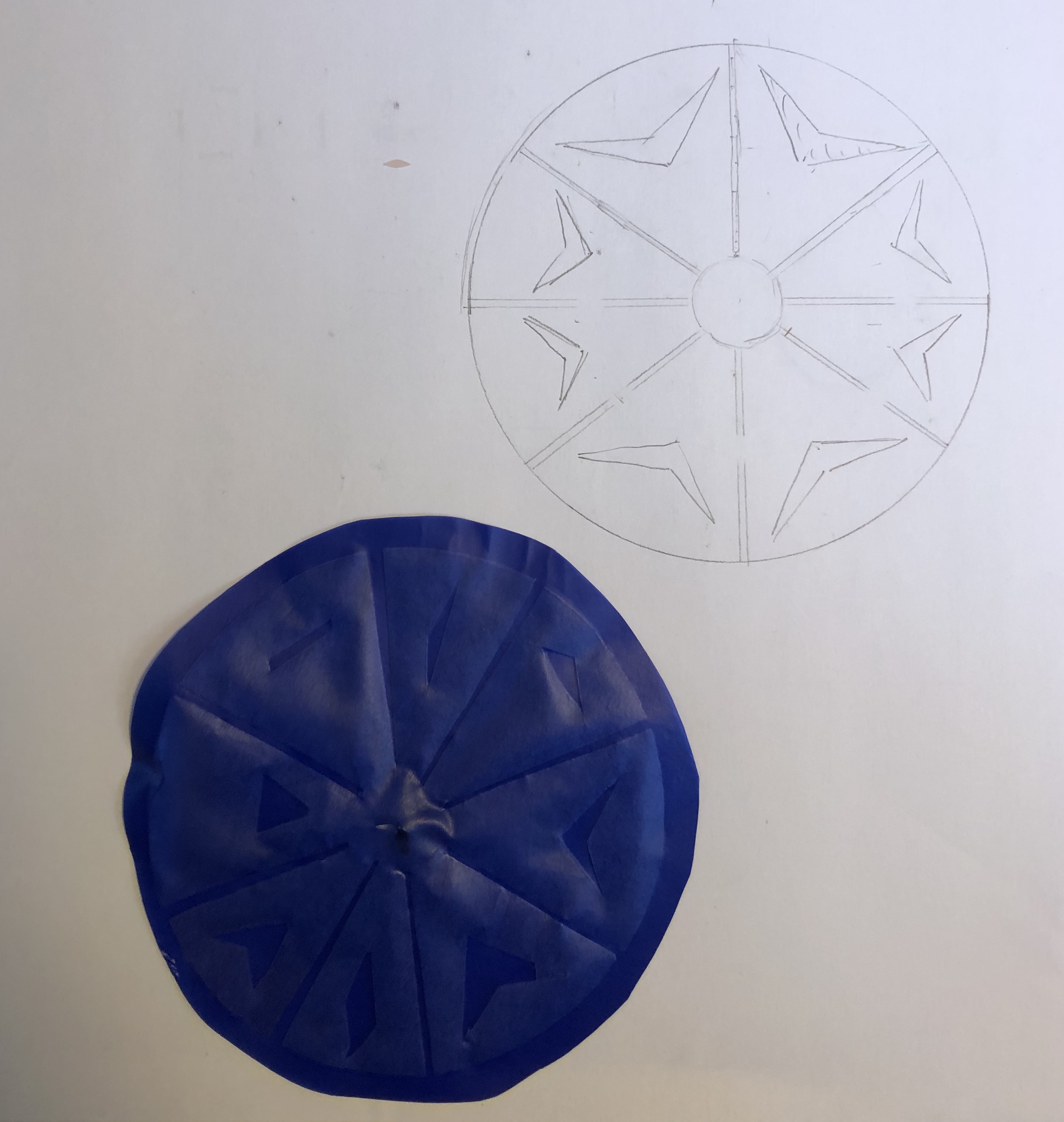 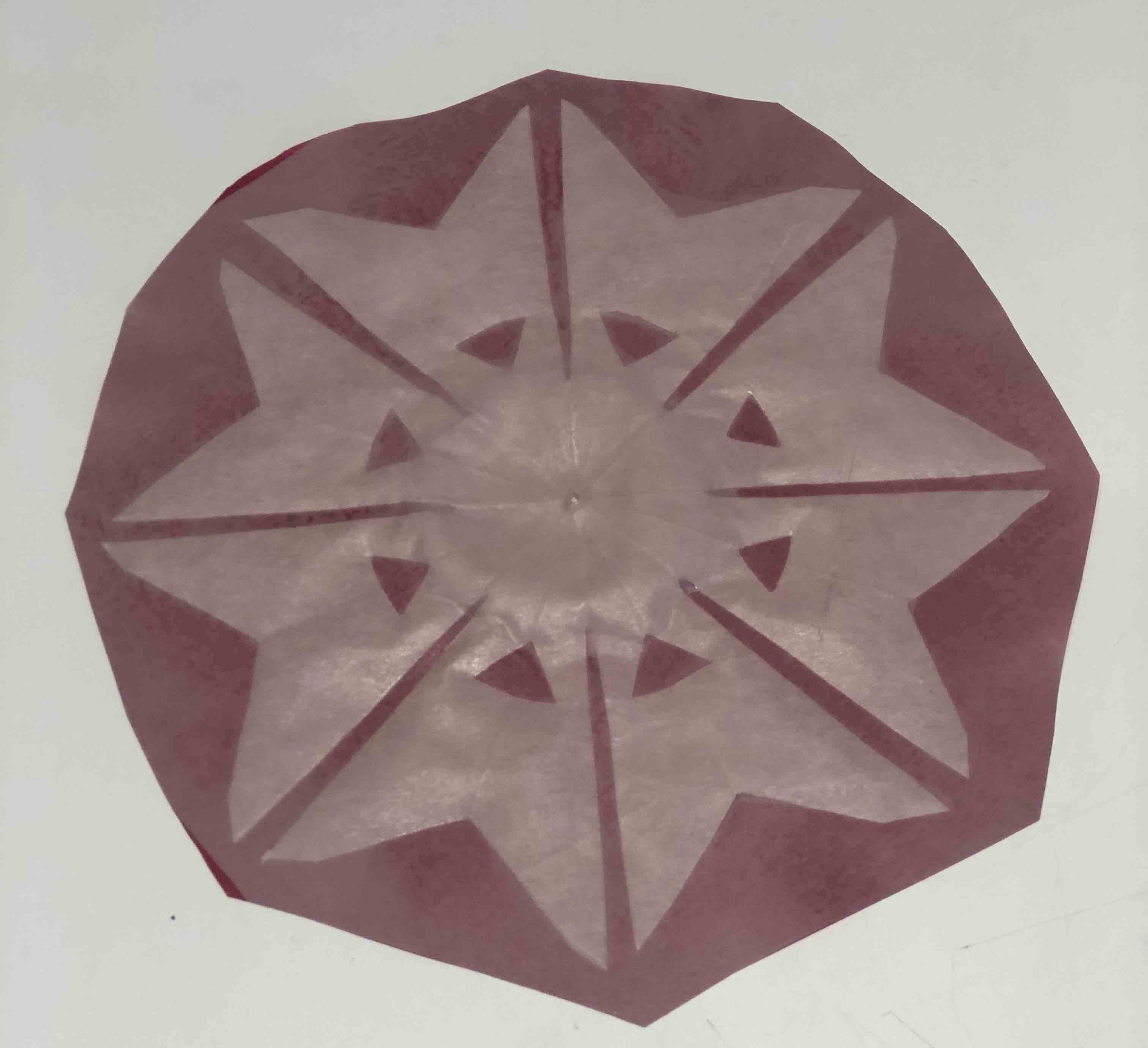 This was a larger exepriment but it was very hard to make sure that it was all welded, because I has to iron in different parts, so it kept eventually breaking in some places. The tip here is to keep it small (which of course I didn't follow later!!) 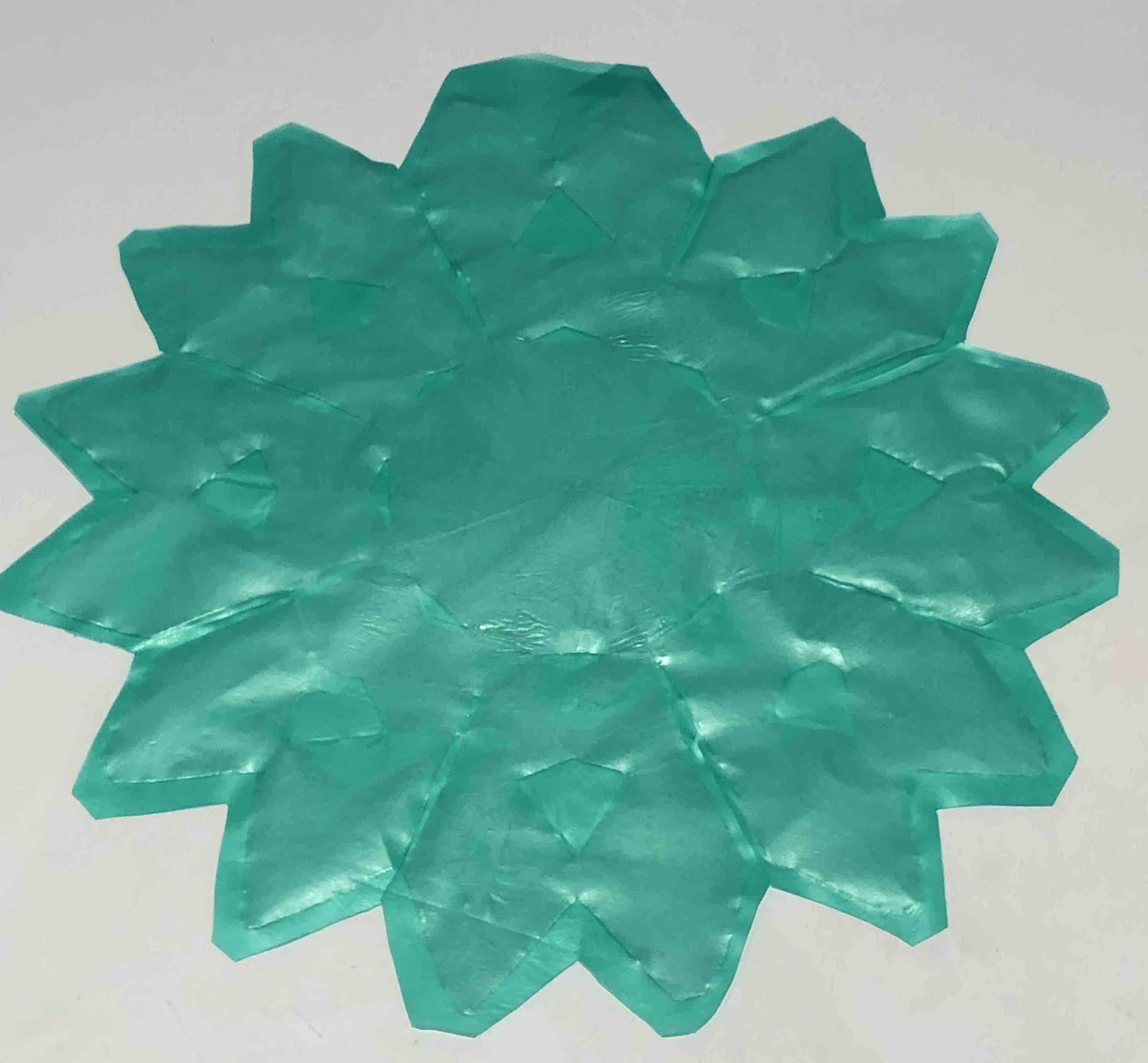 While researching for some inflatable ideas, I found this link of instructables that explains how to use the laser cut machine for welding. So decided to try this with the TPU. Loes did most of the setting tests on the laser cut, while I was trying to come up with a pattern that could work on Rhino, so I believe is better to check on her documentation the step by step to get to a good weld setting here.

I had a pattern in Grasshopper from week 8 that I really liked and wanted to exepriment with, I made it with the help of this tutorial

Because I had to do an air flow path, I decided to add some circles in the intersection of the triangles, buuuutttt it was a nightmare to remove only the parts I wanted from the intial shape trou GH, so I decided to bake the curves like that and mannualy in Rhino delete the parts I didn't want. This is the baked pattern from gh: 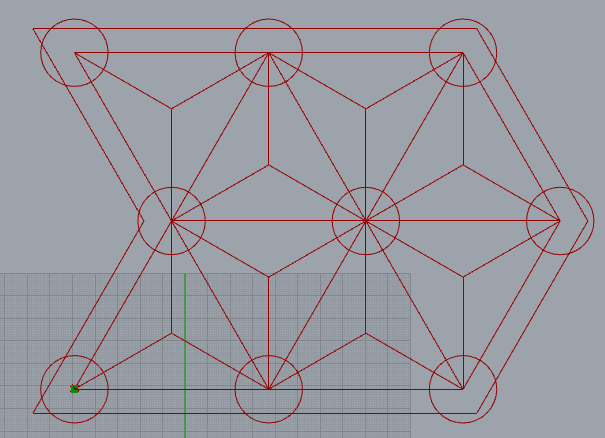 After editing in Rhino, this is the final pattern to be laser cutted. Red lines are the ones to be welded and the green ones to be cutted: 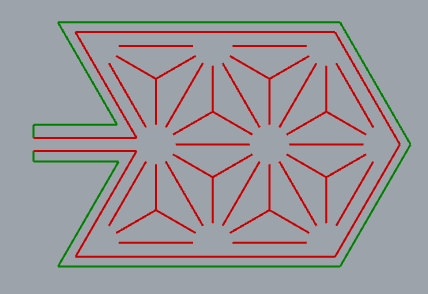 For some reason my Rhino file is gone, but with the GH you can replicate it :) or get the DXF file straight to the lase cut machine.

The main trick to weld instead of cutting is to have the laser out of focus, and you do that by moving laser cut lens holder up, the height I'm talking about is beautifully represented by Loes hands here: 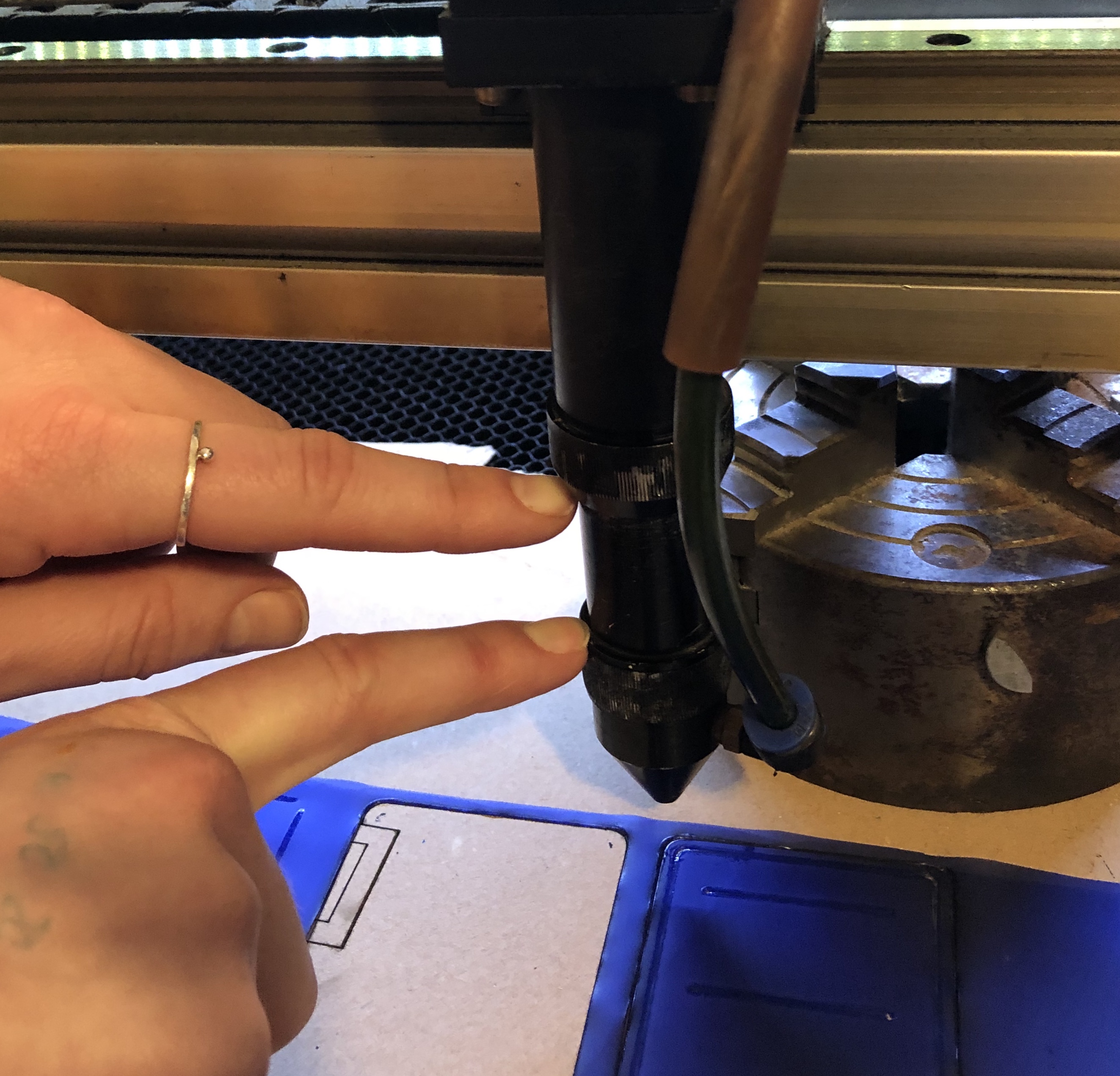 The first test I did, was using the laser cut height of 22mm and settings of : Speed 100 | Power 20 | Corner Power 10. But it happened that I had some double lines (design fault) but also in places that were simple lines, the laser was too strong and made holes. The final shape still worked but very fragile and opening the sides easily. 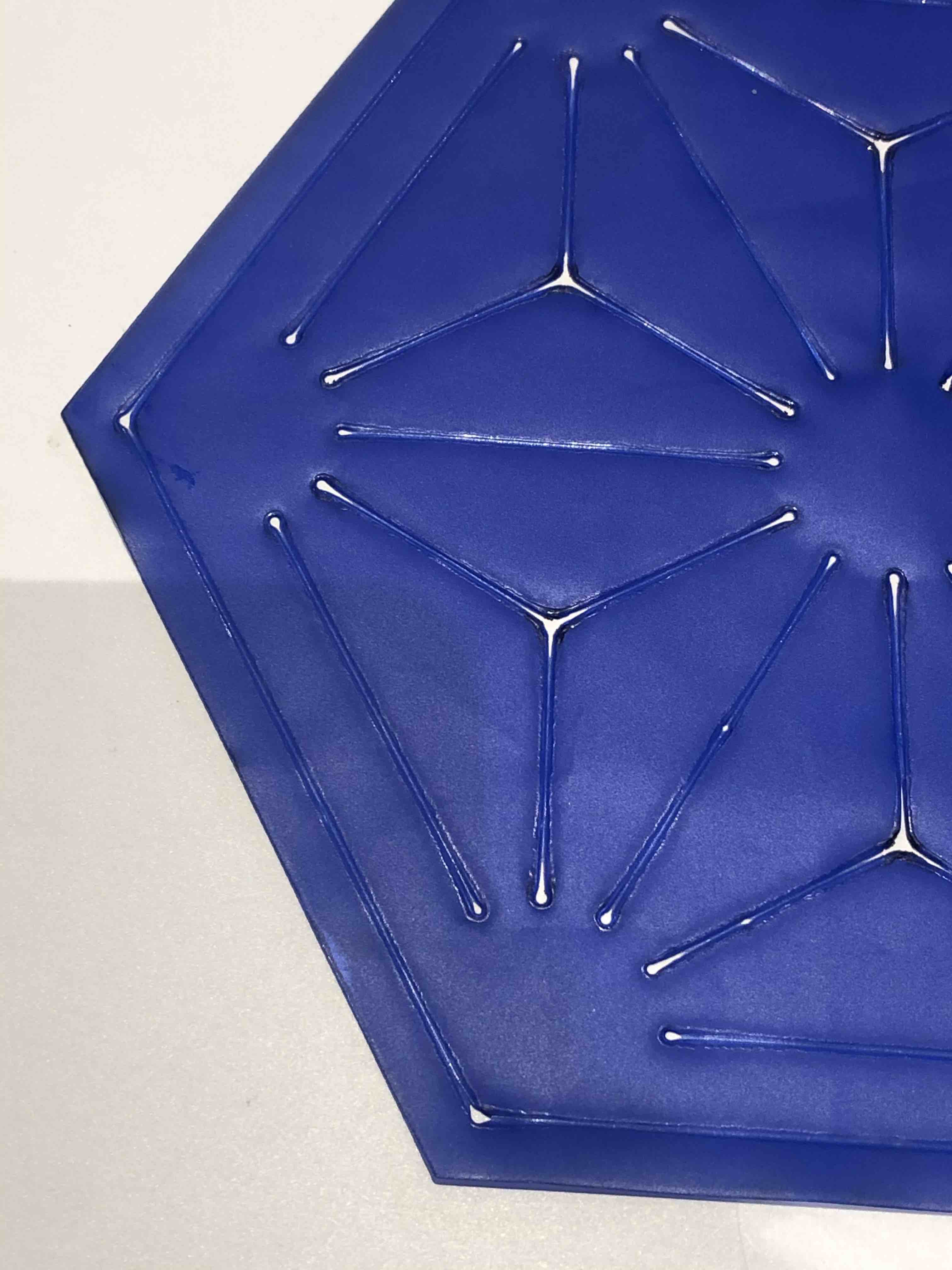 I tried changing speed and power settings, but realized those were acutally quite good so I started changing the height of the laser tip and finnaly reached the 15mm that worked best for this design with sharp corners and overlaping curves (with round edges you might want to have the height at 22mm as Loes did) 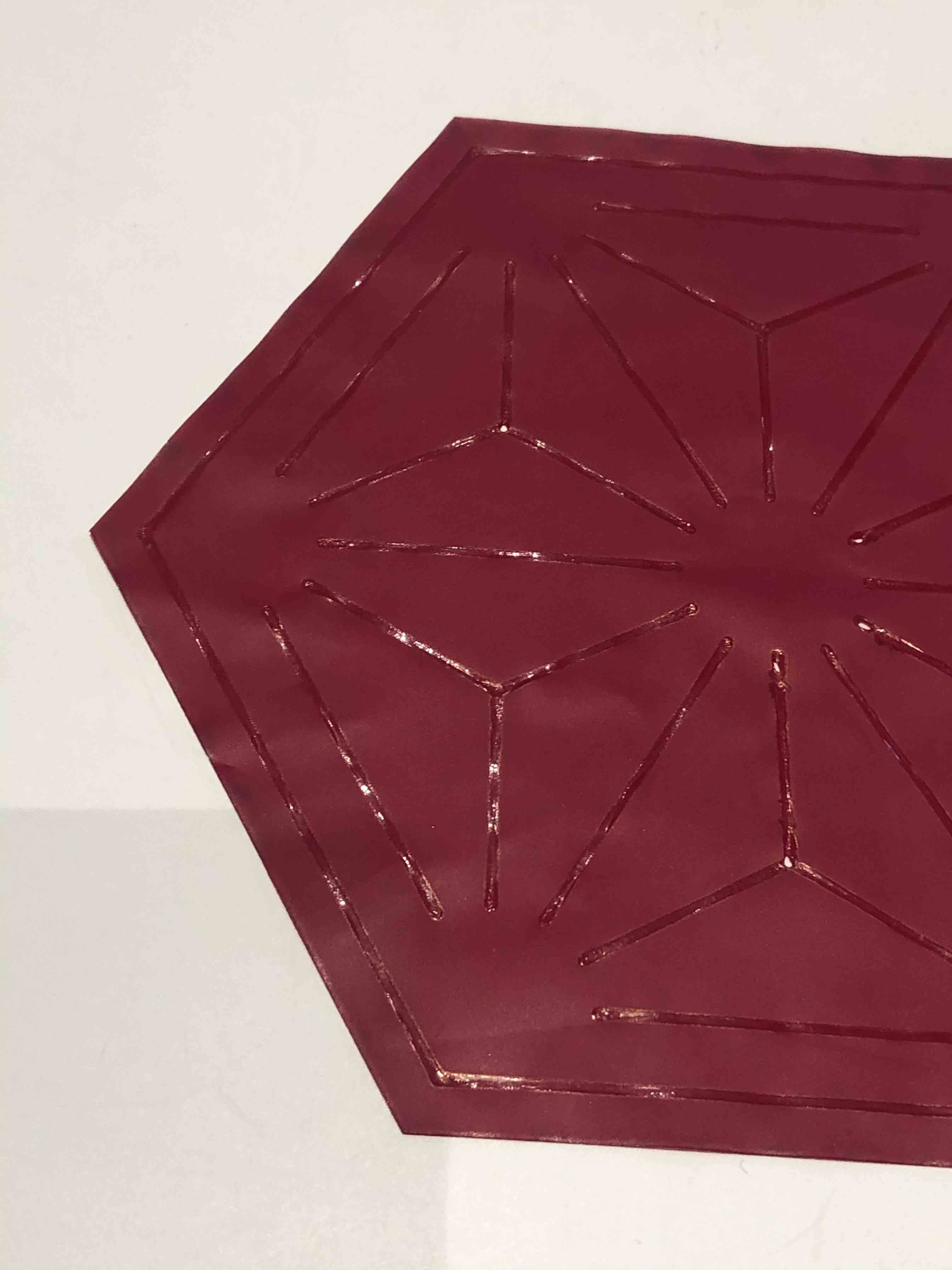 After reaching a good setting, I decided to explore again the radius/circle object and made this pattern in Rhino (out of the one above) 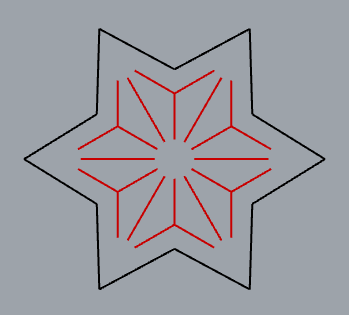 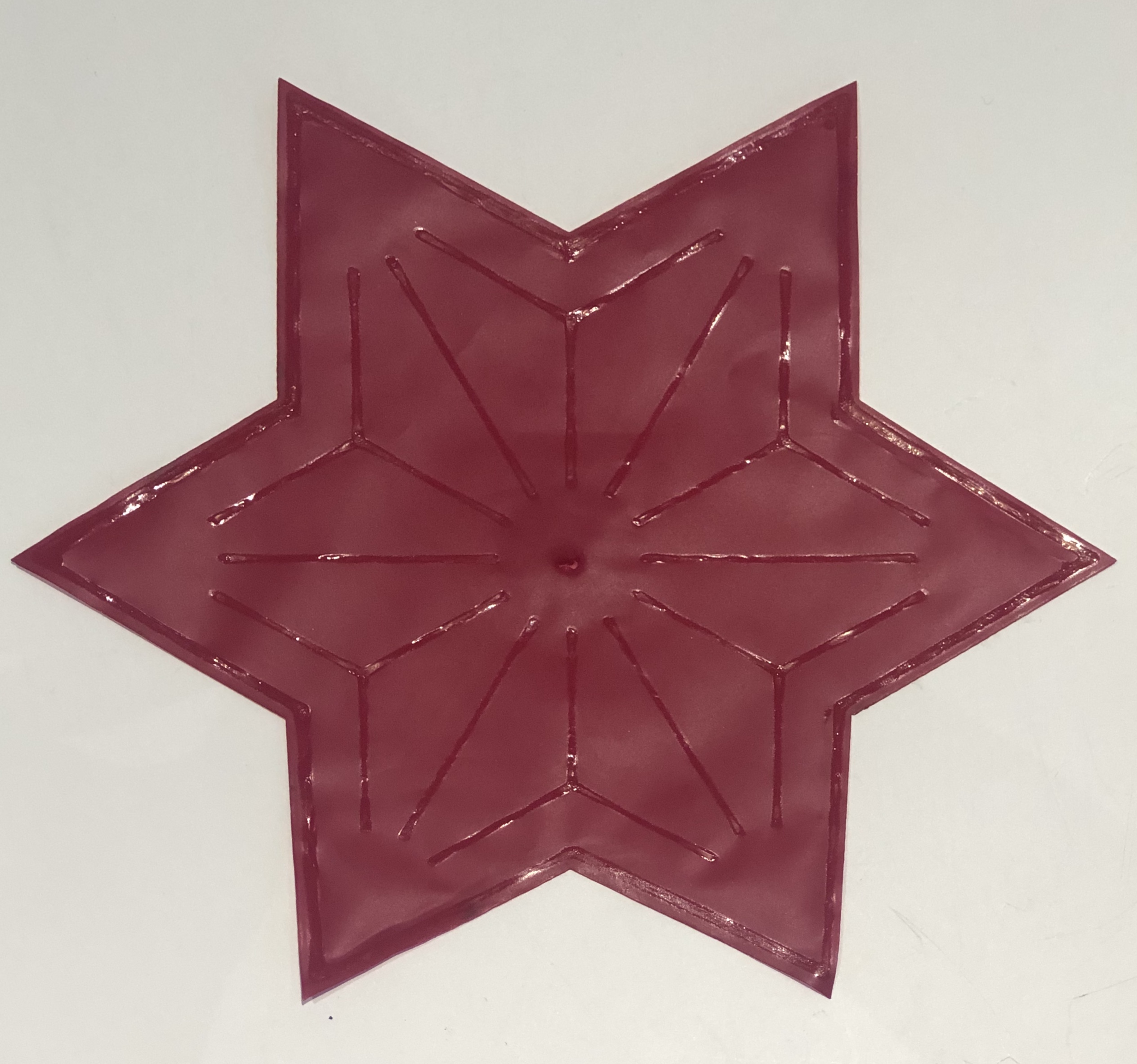 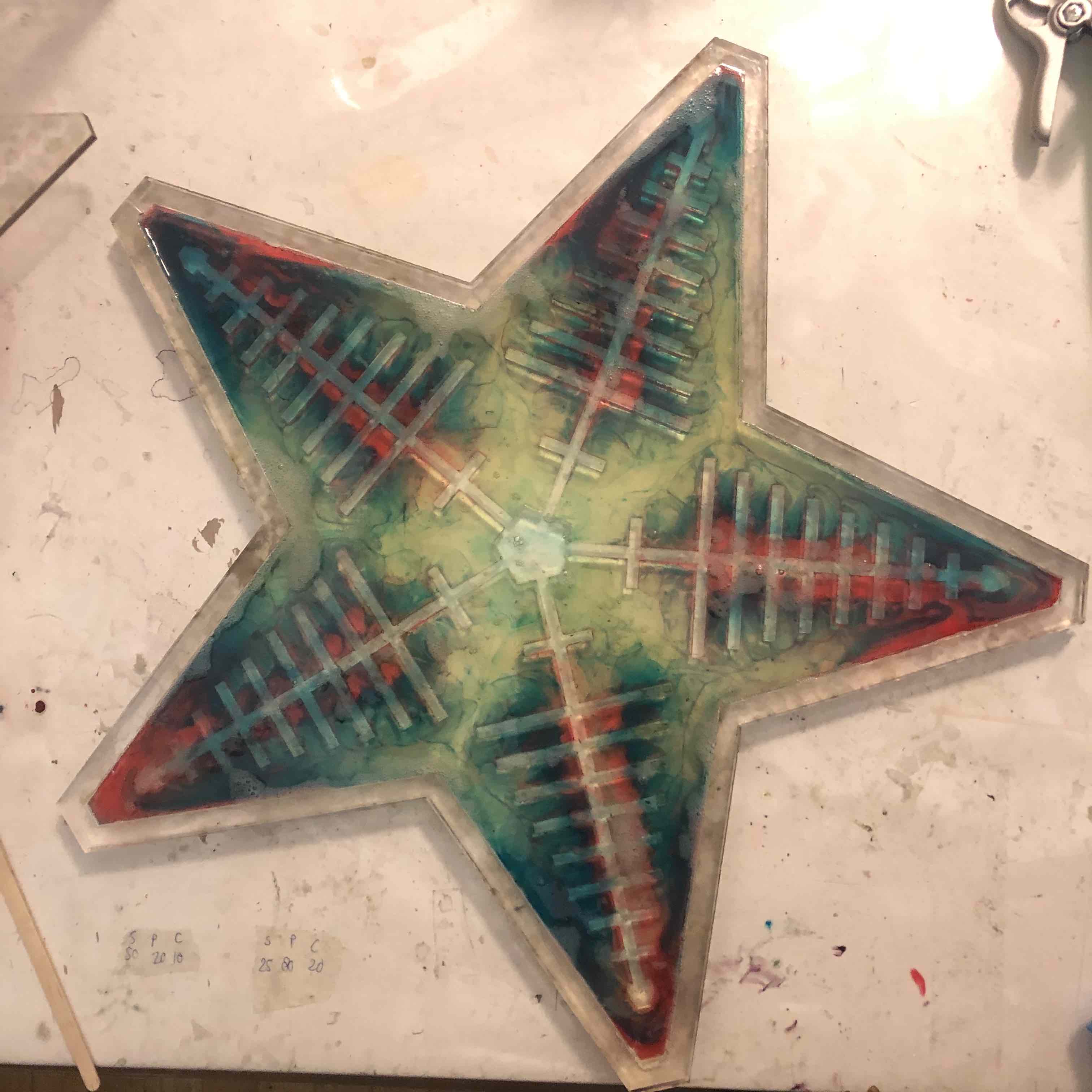