This section aims to describe the process I have been through in the past months, how the ideas were born, developed, mistakes and best practices. 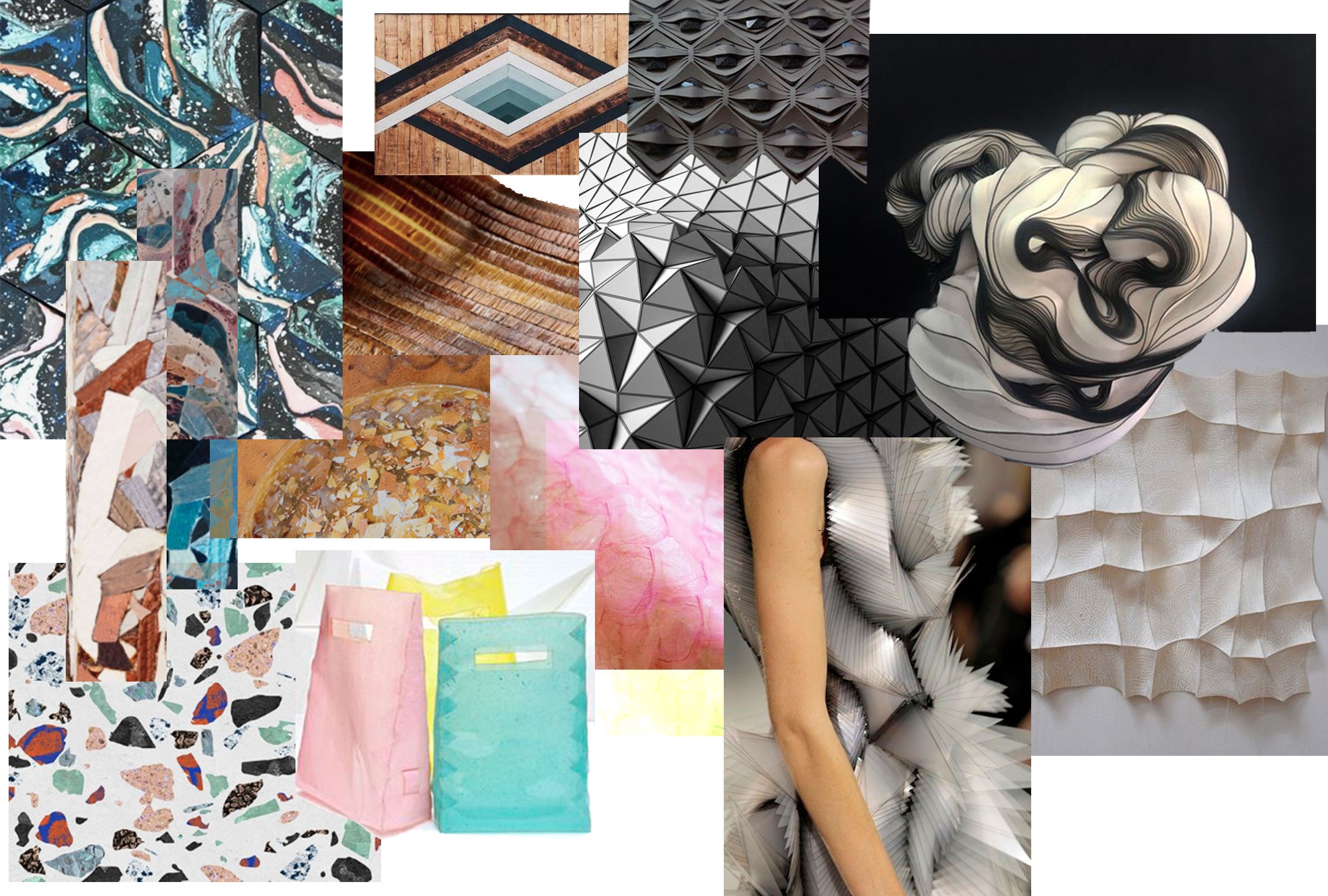 The aesthetics of the final product is a very important value in my project. Since the beginning I decided to follow an approach that would allow me to go back and forth with material and design, given that one directly impacts the other.

After spending hours searching into different styles I liked, I started to narrow down to some main atributes. I want something that looks modern, minimalist, with some geometric/triangluar/3d shape aspect incorporated. It will be a belt bag that can also be worn as a crossbody bag, the goal is that the final look is also gender neutral. I came across a japanese brand, called I Ro Se, that has a full collection on seamless bags and similar aesthetics that I aim for.

Inspired by Austin Kleon in his book Steal like an Artist, I decided then to replicate one of their products, the I ro se - shoulder bag. Understanding how interlocking works, mainly from our Circular Fashion assignment at week 3, helped a lot in trying to come up with a 2D pattern of this bag. My goal is to have a base pattern that works and from that on develop into new ideas and a final product. 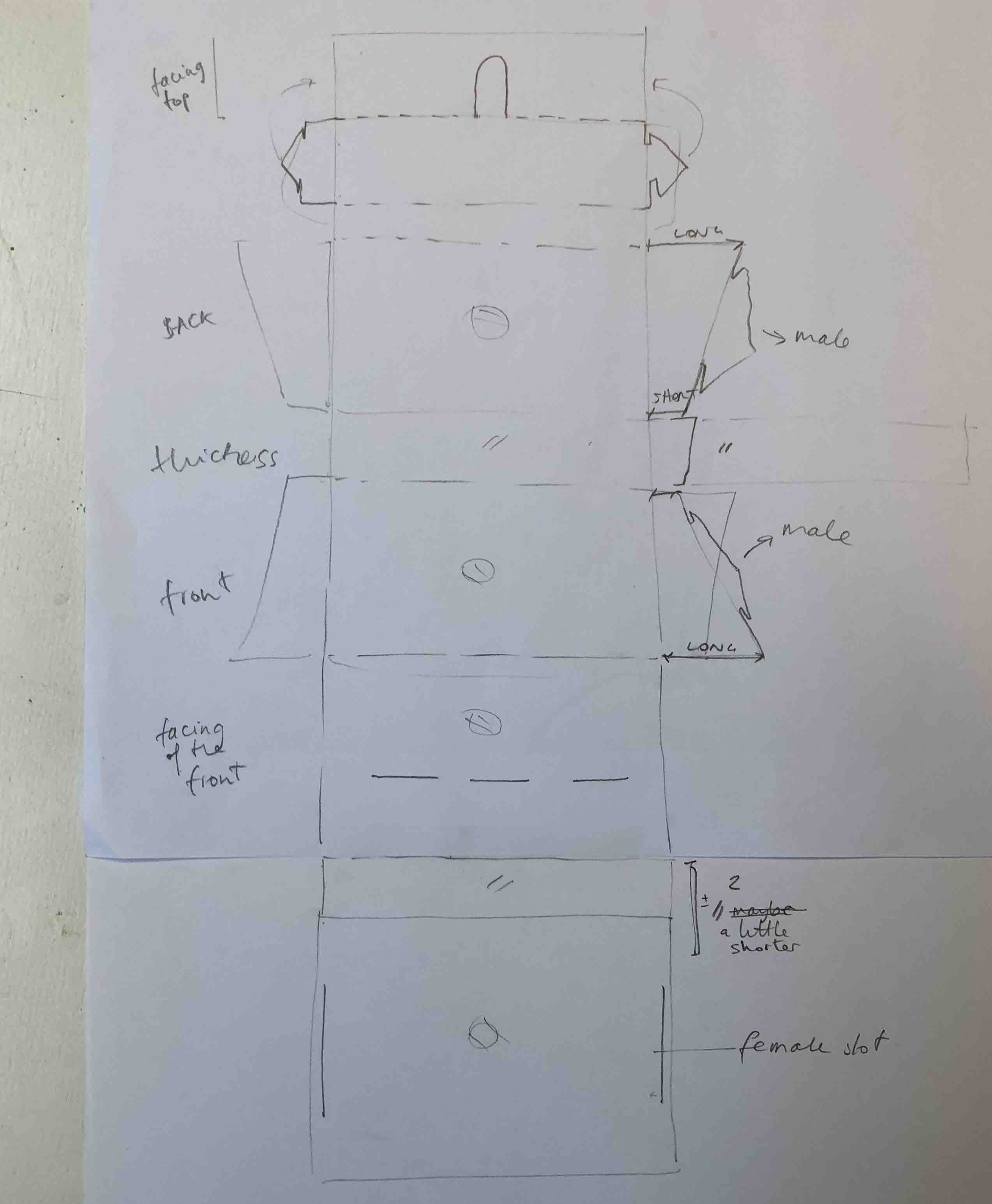 first draft by me and Cecilia

Later in Rhino, I had to make sure that all the connections worked and the distances were good. 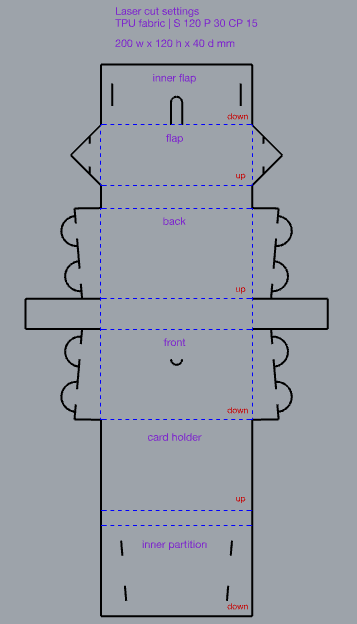 Decided to test on a PU fabric, synthetic fabric - leather like. The idea here was to use a fabric that I already know the properties, that "holds" well the connections and is also not so thick to fold multiple time. 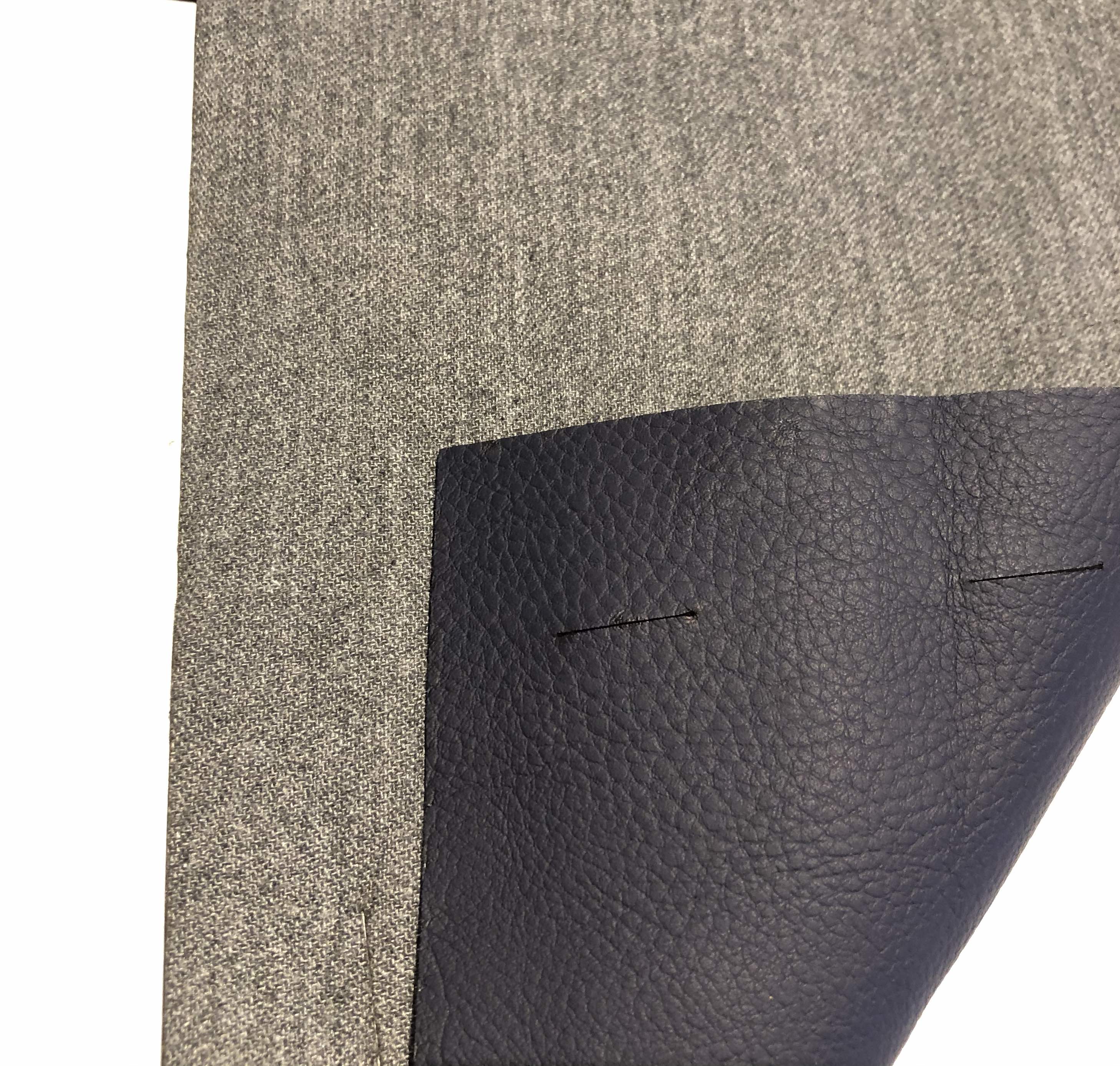 Surprisingly the first design was functional and worked well! 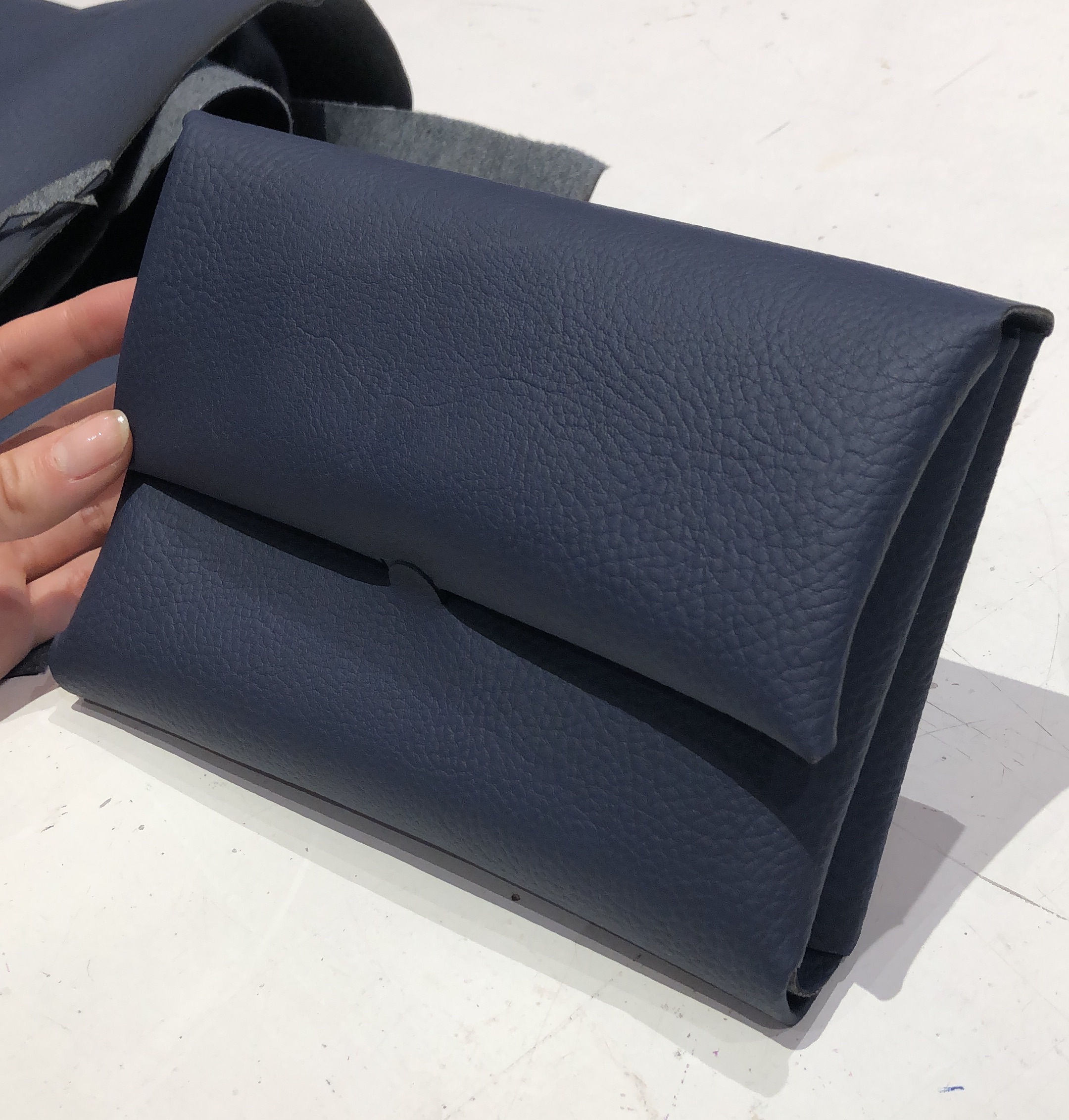 In order to better understand possibilities of the bag construction, I decided to watch and replicate some origami videos. There are a lot of tutorials online, and I decided to go with basic ones, focused on exploring different folding ways and shapes. 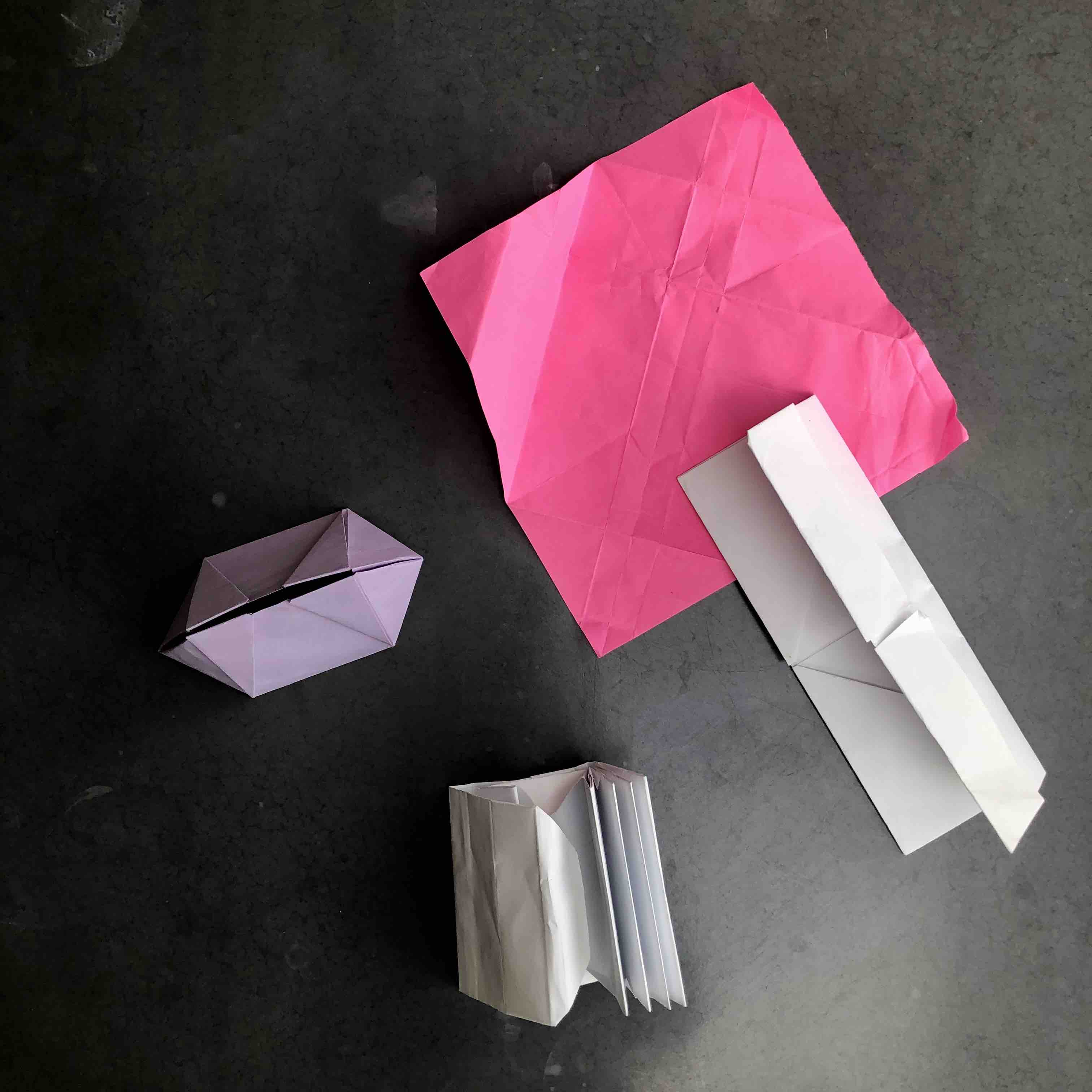 Versions evolution - from V2 to V8¶

In total there were 8 different protoypes to reach the final version. I will explain the difference between them, changes and improvements. 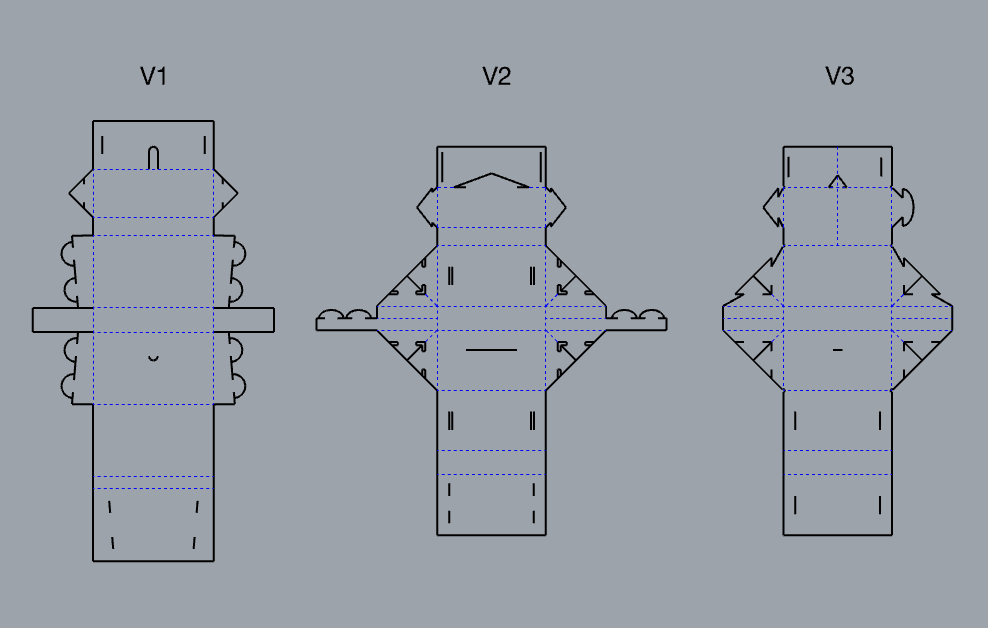 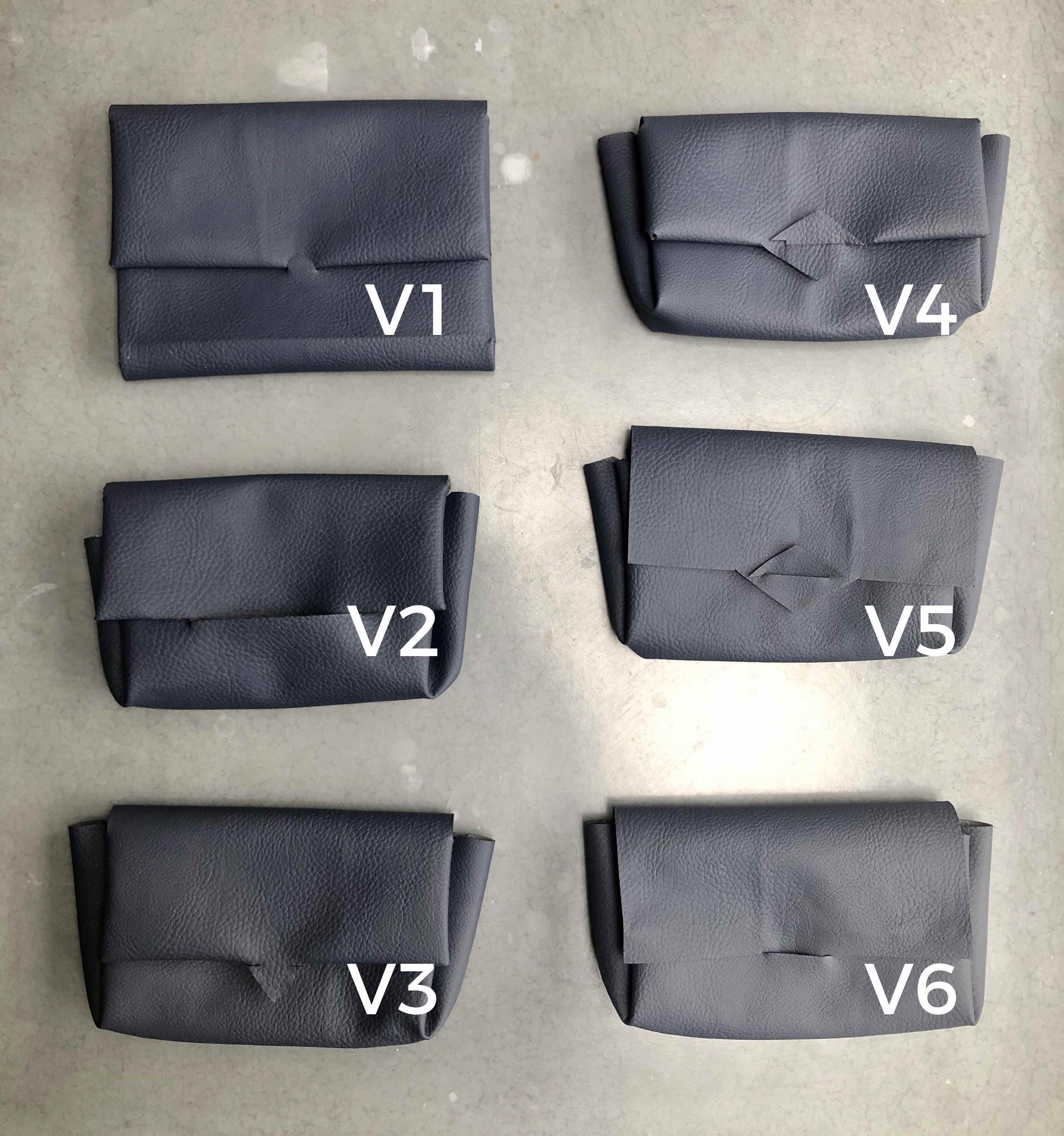 The V5 and V6 were the first ones to be cutted on a biomaterial that I developed. 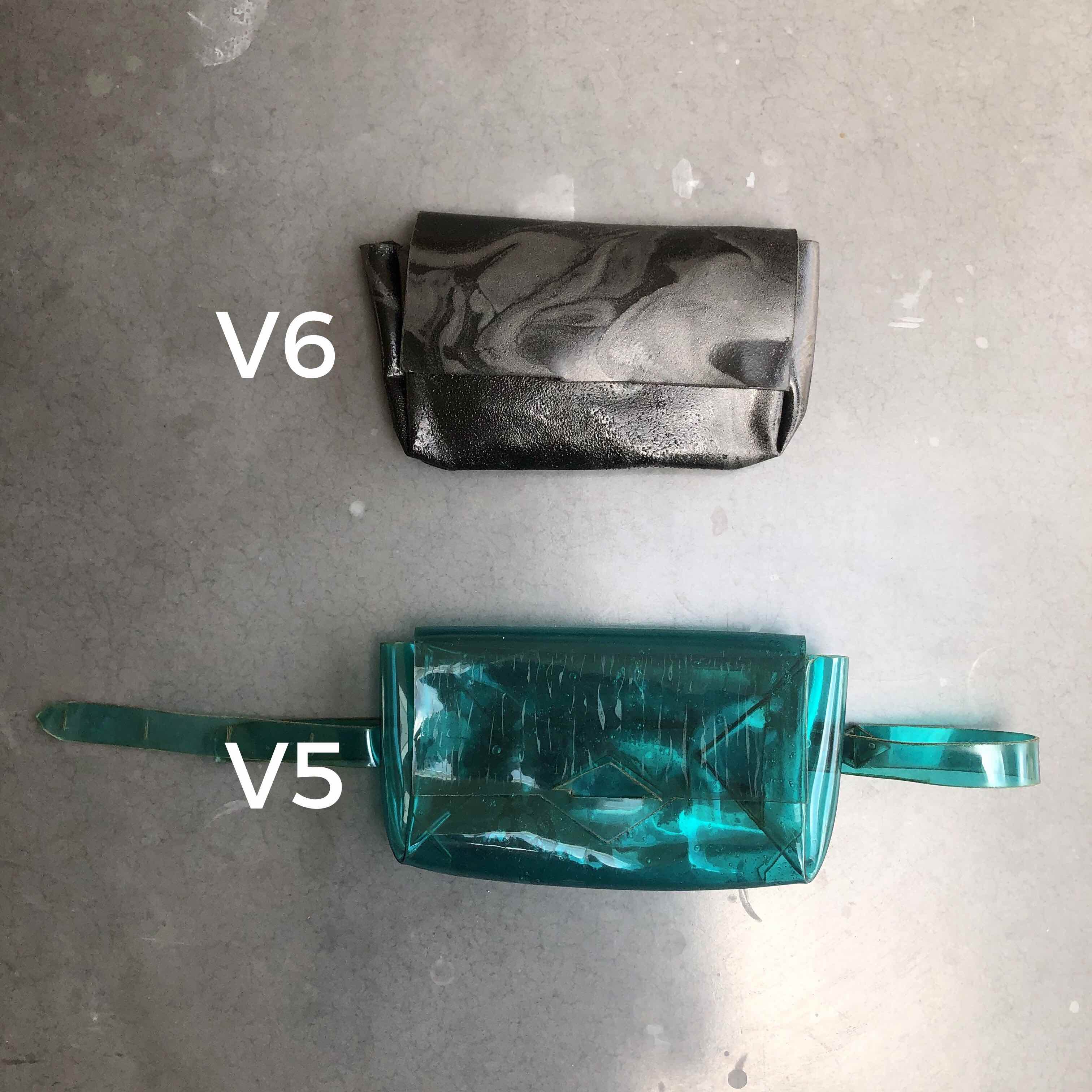 Ephemeral Bag Prototype - made out of gelatine bioplastic 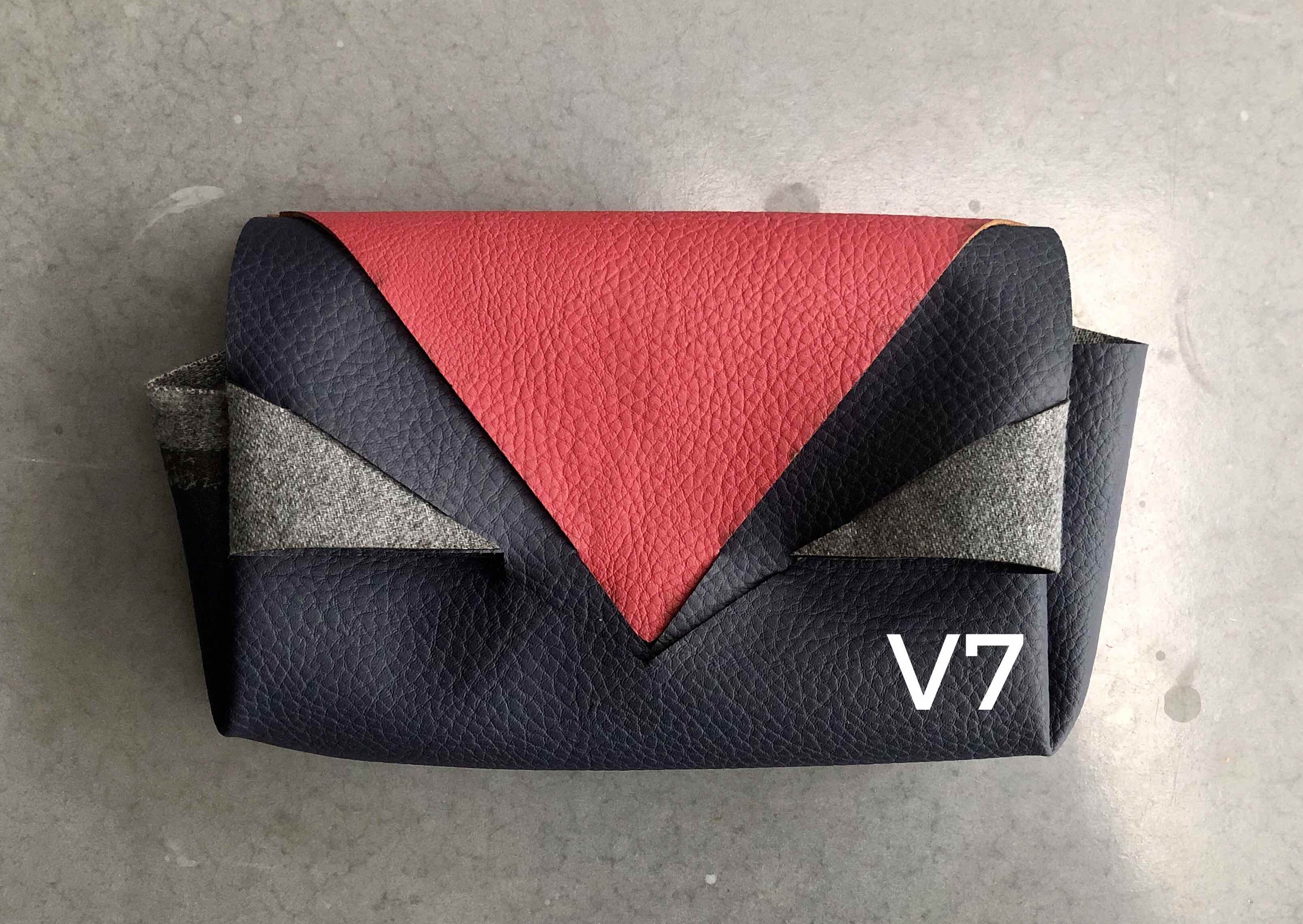 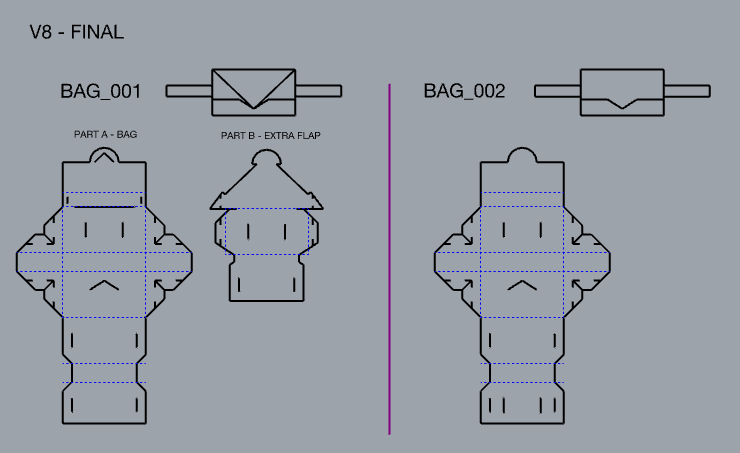 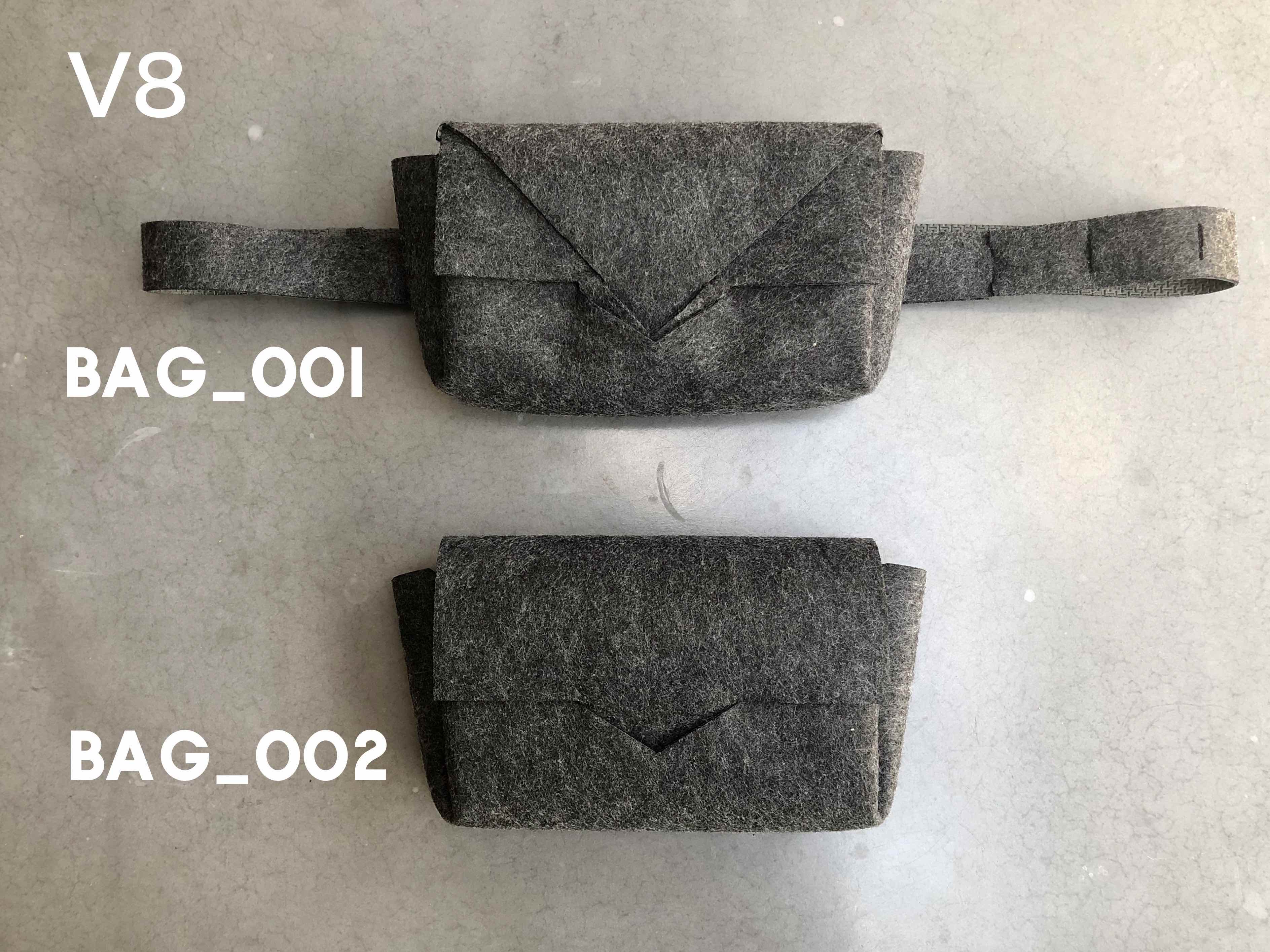 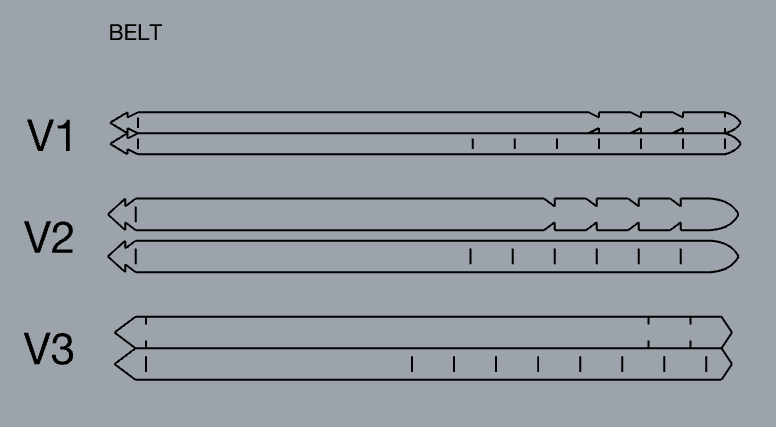 The first belt was very thin because of material availability, but the intended width was always 3cm. The main challenge with the belt is that it must be small enough to use on the waist and also big enough to use as a crossbody bag. So multiple possibilities of size adjustments are needed.

After getting excited with the bag (and heavily incentivated by Bela, who needed a wallet), I decided also to make a wallet. For this one I used a neoprene we had available at the lab and need to re-check the laser cut settings. 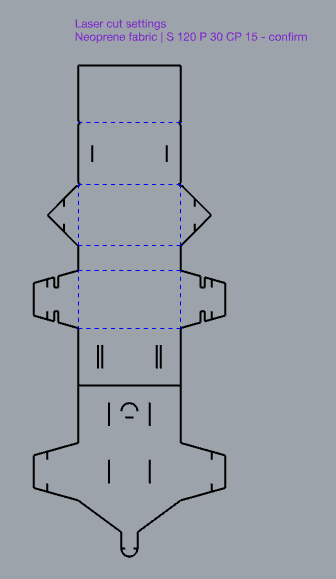 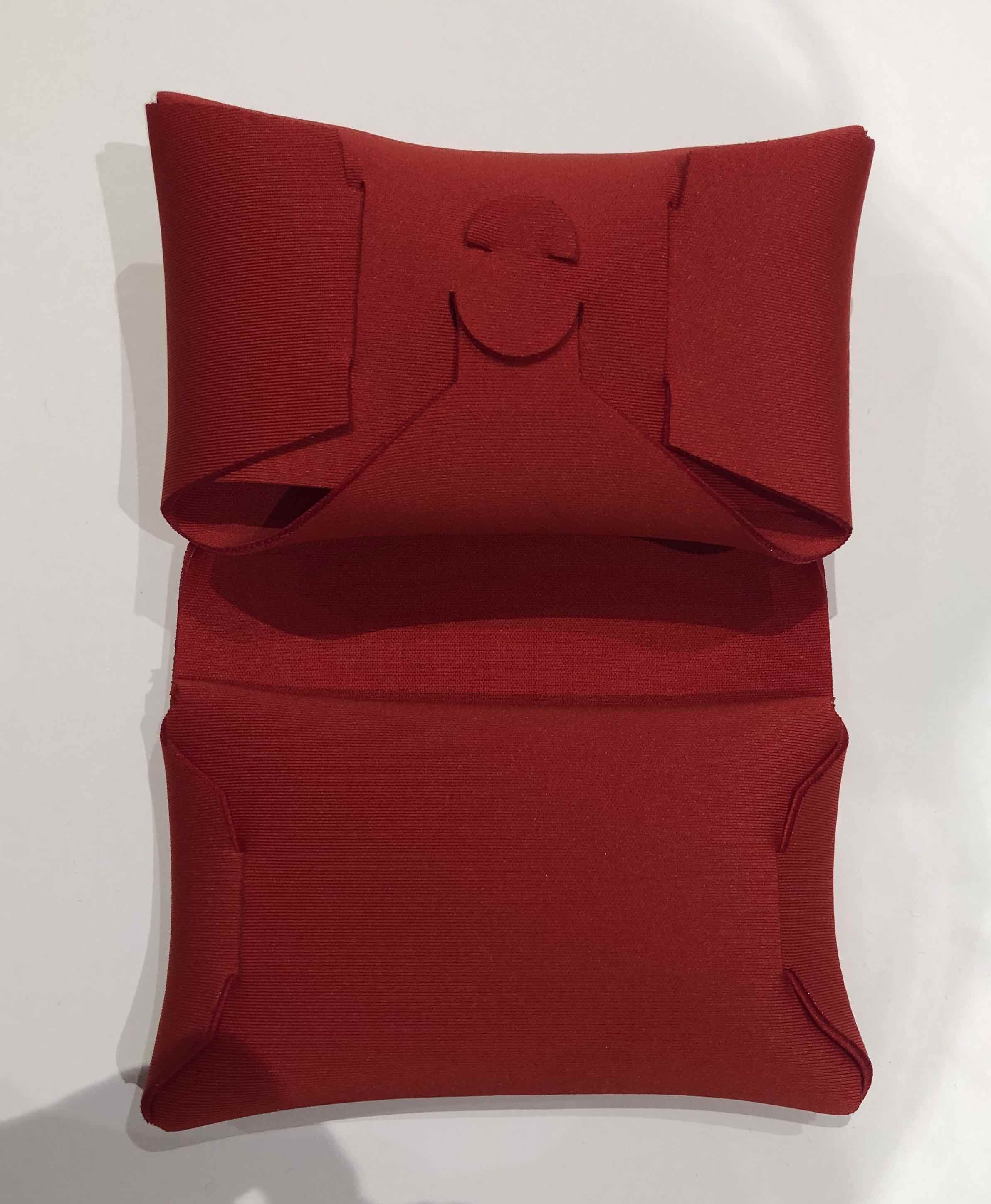 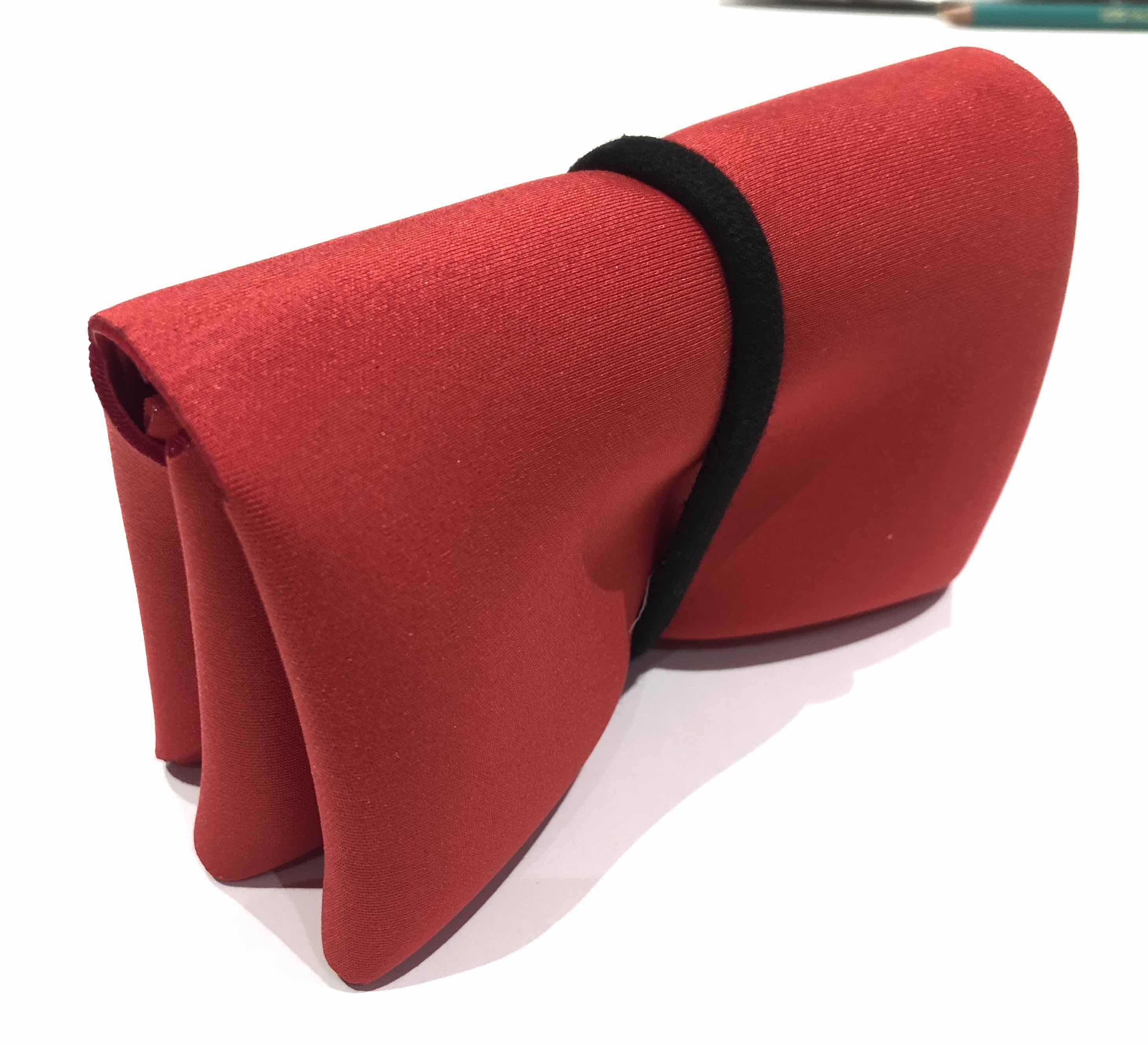 The wallet/card holder, came out nice and also functional. However I decided to put this product development on hold and focus only on the bag version for now.

One main aspect of any fashion product is it’s base material, whether for aesthetic or sustainability-related reasons. In this project I wanted to bring new alternatives for traditional materials used in bags, such as leather or synthetic leather like textiles, mostly fossil fuel based materials.

The initial research was organized in three fronts:

Not every initial experiment developed into a final material to be used in the final product, but for sure some have a lot of potential to further explore.

For this category of materials, I used as an initial base the recipes from Biofabricating week of Fabricademy.

The materials selection was guided mainly by the pillars of sustainability and circularity. However, having the bag design in mind, the final material/fabric should have similar characteristics as leather or other fossil fuel based material to succeed. Flexibility, strength, water resistance, are some of the attributes aimed in the experiments.

The final results were split in 4 groups based on it’s main ingredient.

Gelatine (from Latin: gelatus meaning "stiff" or "frozen") is a translucent, colorless, flavorless food ingredient, derived from collagen taken from animal body parts. Is the only animal derived ingredient used on EFL experiments. Some of the reasons for gelatine use are being a by-product from the meat industry, its recyclability and biodegradability properties as well as being a good polymer substitution on the fabrication of bioplastics. Plus the gelatine based materials showed to be the most versatile and matching most of the desired characteristics.

Jelly fabric is the name commonly used by fashion brands to describe bags and shoes that are made of a polyvinyl chloride (PVC) material. They are usually transparent, very flexible and ressemble rubber or plastic. Even though this material can be recycled, it is fossil fuel based and its production and incorrect end of life destination can result in the release of dangerous toxins. The material has been subject of intense debate over the past decades leading to many brands and governments banning or restricting its use.

However with a very simple bioplastic recipe that combines Gelatine, Glycerol and Water only, the final look and feel of Jelly material can be achieved. EFL brings the new BioJelly alternative for bags, shoes and other accessories in fashion.

The BioJelly fabric can be colored with many different natural dyes and additives to its base recipe. 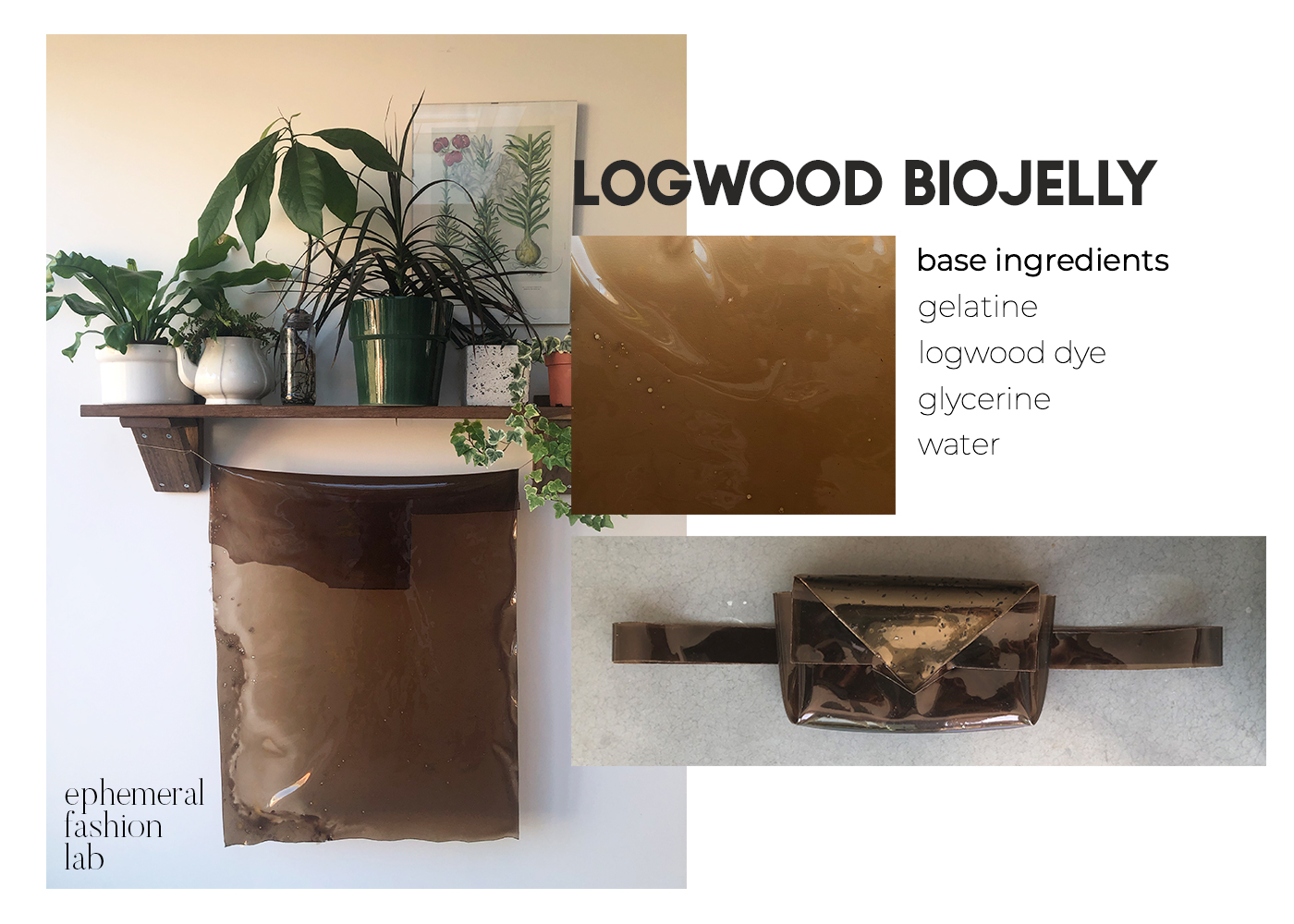 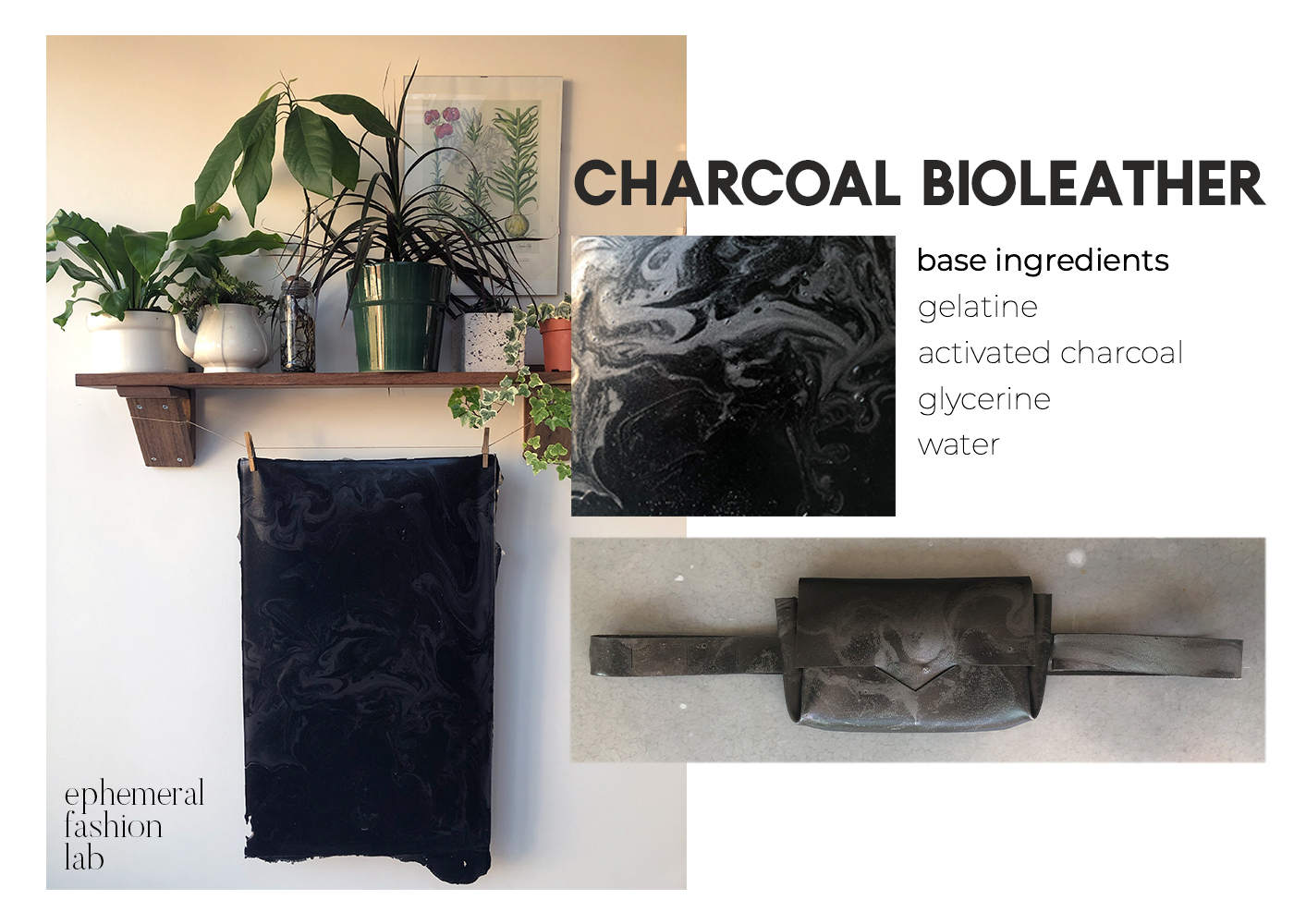 This material was inspired by the Restology Project that developed a series of biomaterials containing activated charcoal as a possible solution for air pollution in the city of Monterrey, Mexico.

“Activated charcoal is one material that seems especially applicable to Fab Lab makers, because of its ecologically sound and purifying properties. It is essentially a form of incredibly microporous carbon, processed from natural carbon-rich materials by applying various gases or chemicals to ‘burn’ in tiny holes and thus exponentially increasing its surface area. The result ? A material that can efficiently filter out all manner of impurities and toxins. A super-sponge, if you will. Bioplastics present themselves as an excellent and similarly sustainable substrate for activated charcoal with a wide range of uses” Clara Davis on Restology

Using one of the recipes as a starting point, some adjustments were made and the final material had a very different appearance than the other gelatine bioplastics. Is completely matte and has a less “silicone” like texture, so it becomes closer to leather fabric then to plastic. This material also follows the same air filtering properties as the Restology project, so is a bag that cleans the air surrounding it.

Many of the bioplastic recipes that I found during research were based on starch, usually potato or corn starch. Coming from Brazil I’m very familiar with the amazing properties that Tapioca has as a thickening agent for food. Then I also found some recipes that would use Tapioca starch as a polymer, started with some base ones and went on changing the recipe and method to come up with my own preferred one.

I tried to use some recipes that were based in startch/maizena but changing it to tapioca. Te results weren't so exiciting, is a very hard mixture to work with, super sticky and not easy to get a "sheet" out it. The other bad thing is that it takes a lot of time to dry, after more then a week some of the recipes were still not dry.

I intend on a further try to use the tapioca blended with some other bioplastic to see if it works better.

After finnaly drying the tapioca seems to be a nice very elastic translucid material. Im not testing on drying in the oven, is hard to manipulate once it gets very sticky from stiring in the pan.

Famous as an eating snack, fruit leather can also become an alternative for conventional animal or synthetic leather in fashion. The dehydration process of fruit puree, transforms it into a soft, flexible and yet resistant material.

Even though these are 100% vegetal ingredients based recipes and also compostable in your garden, they are not meant to serve as food. The idea is to give a useful destination for biowaste, so fruits that are overripe and would go to garbage instead.

Mango and Banana were the main experimentations in the project, however many other fruits can be explored and is important to understand what’s available locally to make recipe choices.

I wanted to test again Alginate, because in terms of resistance is one of the best bioplastic we saw so far. Is water resistant and also stand high temperatures, however is still a lot of strugle to control shinkage and deformation of the material as it dries.

I tested with fabric under (a light cotton canvas) but either it wasn't thick enough to peel of, or it just simply detached from the fabric. So still not much of success on this tecnique.

Made a big sheet of the extra glycerine version blended with the activated carbon, is very interesting but it got way too thin to be used and also a bit too elastic.

LINK FOR THE COFFEE RECIPE