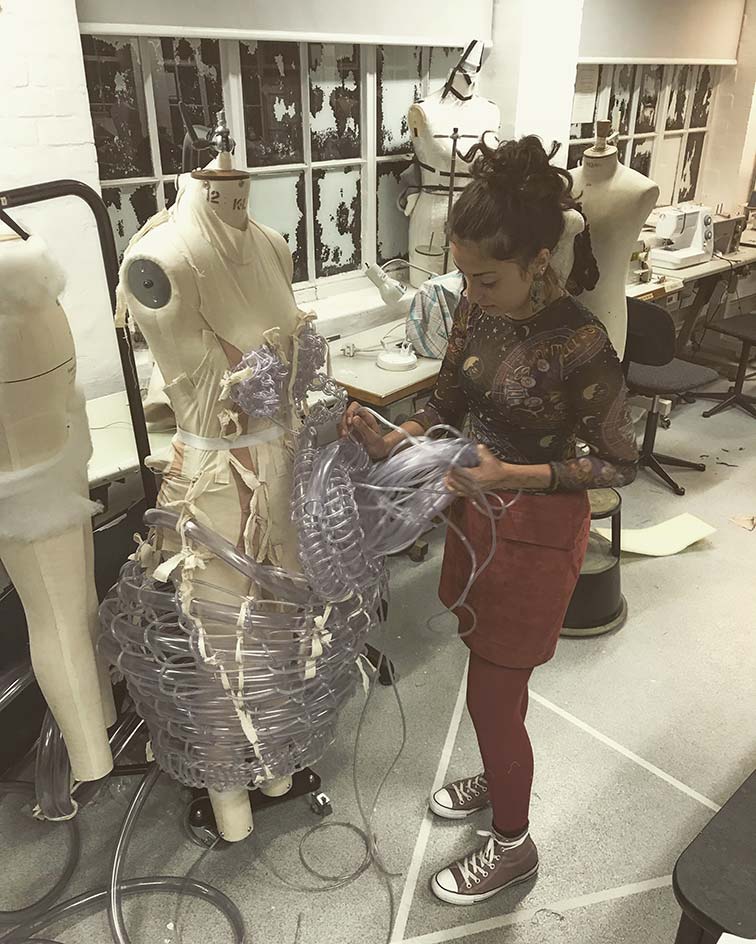 I Trained in Fashion Design in Brazil before embarking on the MA Costume Design for Performance at LCF - UAL followed by my move to Barcelona. My work focuses on developing textile through embodiment of peculiar elements in order to tell a story. I have also great interest in garment and performance technology, which tend to become important aspects of my creations and professional endeavours. It is also what led me to Fabricademy in the first place, I felt a need to discover this techonology of textiles in further depth. I have worked in opera, film, theatre and dance productions in Brazil and London and hope to slowly make my way into the field in Barcelona.

I also graduated as a classical ballet dancer once, which then led me to contemporary dance. When I found out how many different aspects of the body I could use in dance if I travelled from a style to the other I decided I had as a mission to find out as much as I could about new bodily rhythms and techniques. This resulted in my training Latin Ballroom Dance, Belly Dance, Street Dance and try to learn as many of the styles within these as I possibly could.

During my career, I have always actively attempted to bring out aspects of my origin. I try to insert Brazilian folklore and culture into my work, especially because this defines a huge part of what I am. I believe a creative must bring out their personality to their work in some level. I usually tend to have a very human-focused creative process. I very often try to study human behaviour and the relationship between members of society through my textural and bodily storytelling.

These studies (and plays) have taught me that the body is precious and have made me even more interested in creating an over-layer to it that could somehow enhance and compliment its capacity.

In my practice I attempt to mix my passions into one main creative burst. So far I have been able to find a quite decent harmony in between Body Training, Texture, Micro-motion Technology and Storytelling.

Some more about me and my ideals and acomplishments so far is available on my personal website: Gabriela Lotaif

When it comes to Creative Tech I've parttaken in a couple of workshops and have experimented, but in a rather shy way, I am hoping to let it all out now during Fabricademy. I have also travelled through the fields of Fashion Design and Styling and Performance as the performing body. In Costume Design for Performance, rather, I've established and extended most of my practice:

My latest project is called "Stranger at Home", a performance choregraphed and danced by the K.R.U.M.P. Amanda Pefkou and guided by Joseph Toonga first staged at The Place in April 2019, London, UK. 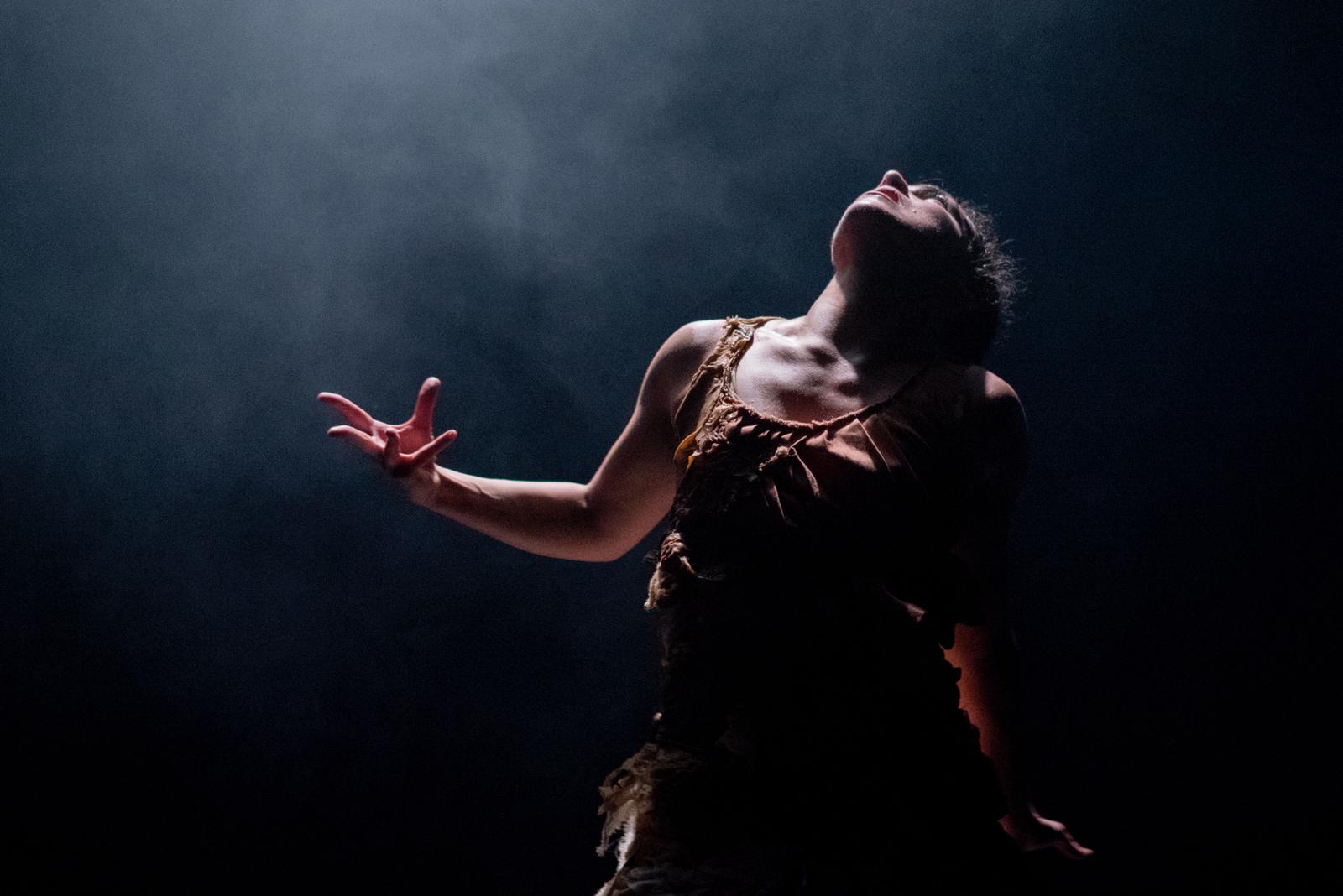 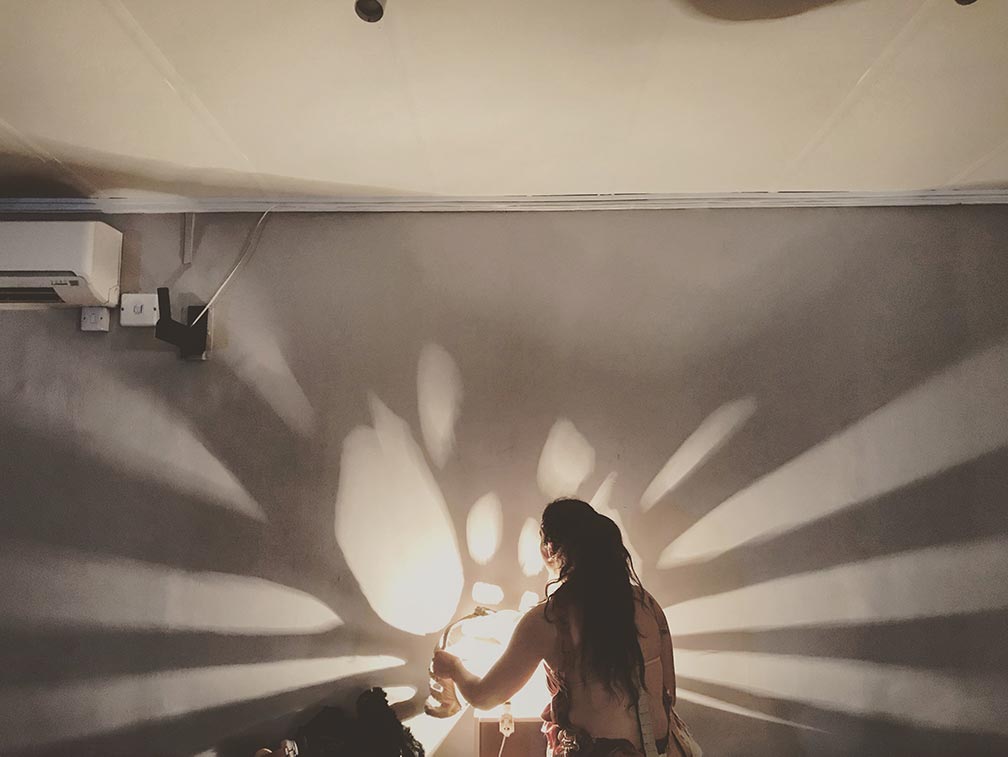 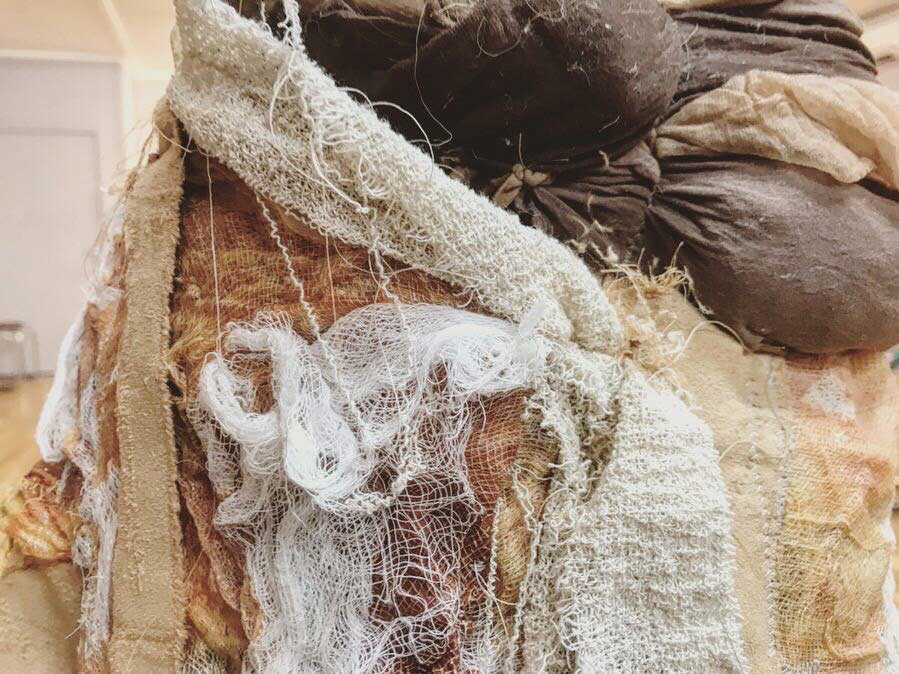 More in Stranger at Home

My final project at the MA Costume Design for Performance at LCF,UAL was "Mother of Water", a costume performance danced and acted by Maria, with mine, Radvile Kisieliute's and Nashwa Maatouk's secondary roles. The project was staged at the Sadler's Wells in December 2018 and supervised and prodcued by Agnes Treplin, with supervision assistance by Claire Christie. It is inspired by three Brazilian Folkloric female water entities. The aim of this piece is to establish water as a symbol of fertility through its embodiment in the figure of the water woman.

MOTHER OF WATER from Gabriela Lotaif on Vimeo. 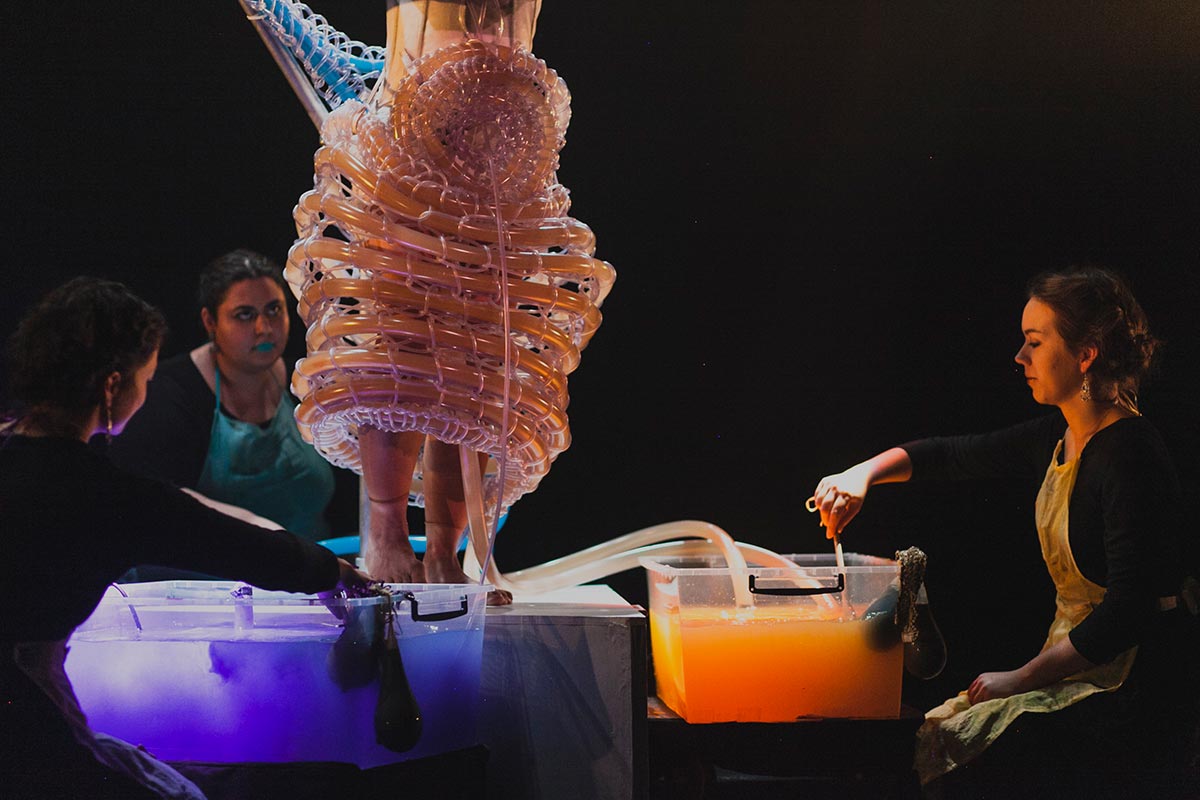 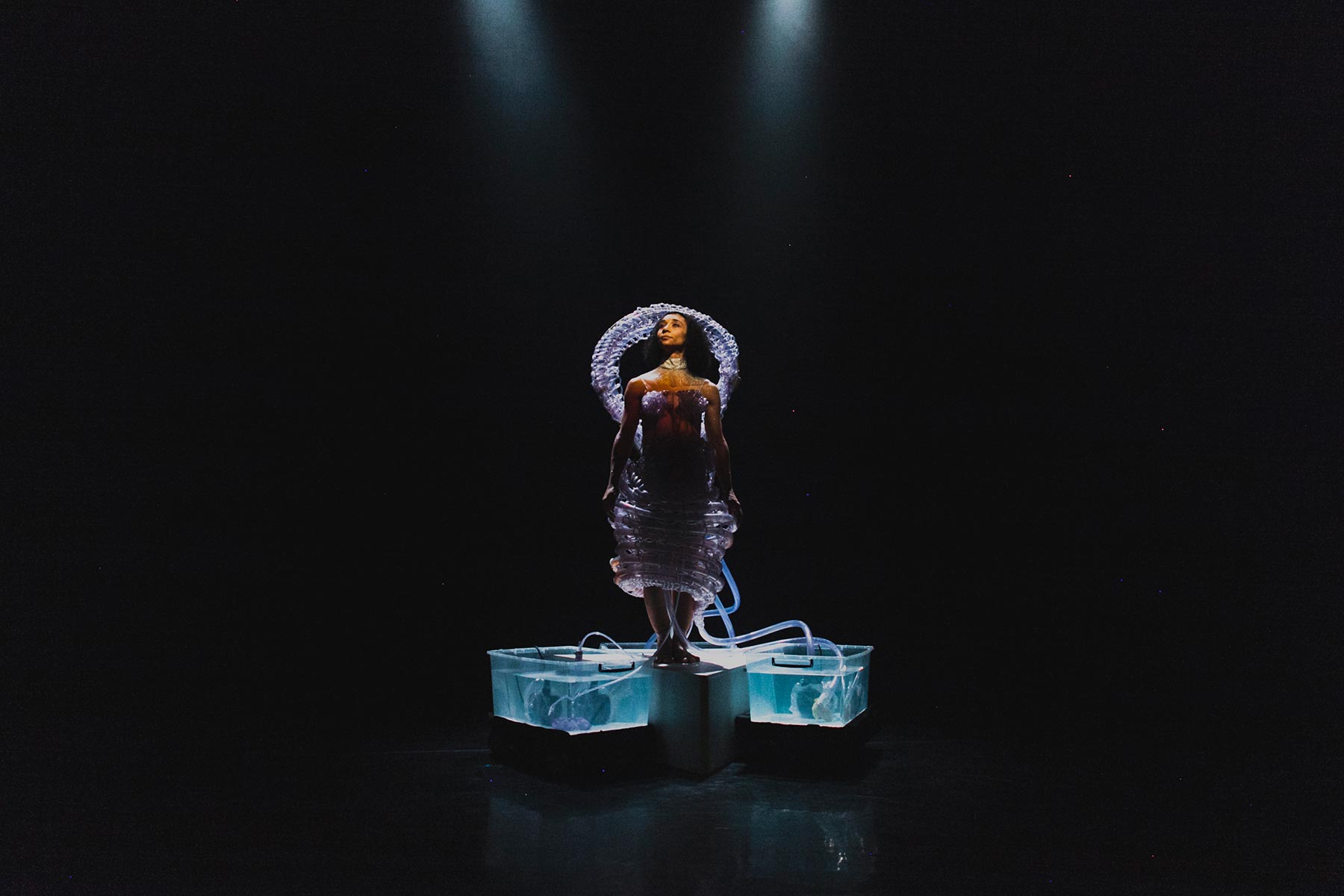 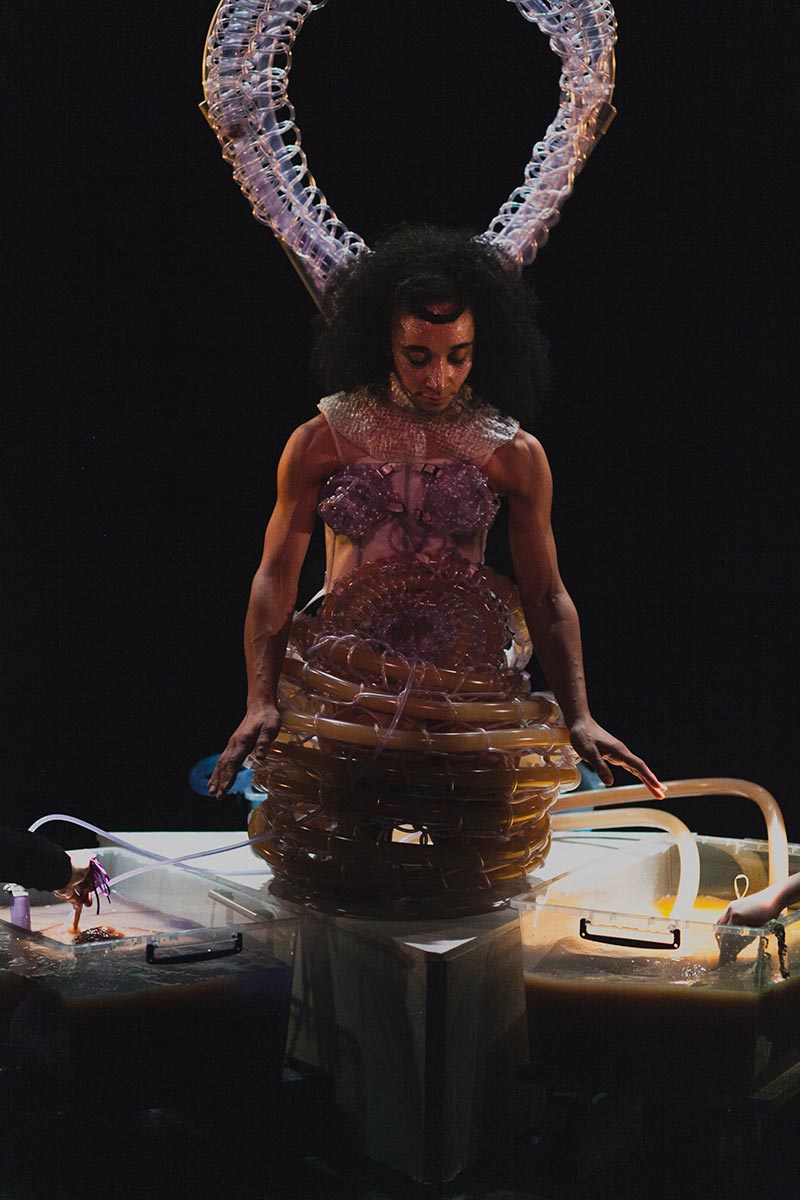 More in Mother of Water

Twelfth Night's feste is a costume film also designed for the purposes of the MA Costume Design for Perfomance at LCF, UAL. This second project of the course was supervised by Agnes Treplin and Claire Christie. Is was a physical theatre act by Simon Ambrose Brown based on the character "Feste" in the Shakesperean play "Twelfth Night". It’s conceptualisation was fundamentally inspired by this play’s discussion about identity and how it is defined through human behaviour and interpersonal relationships. 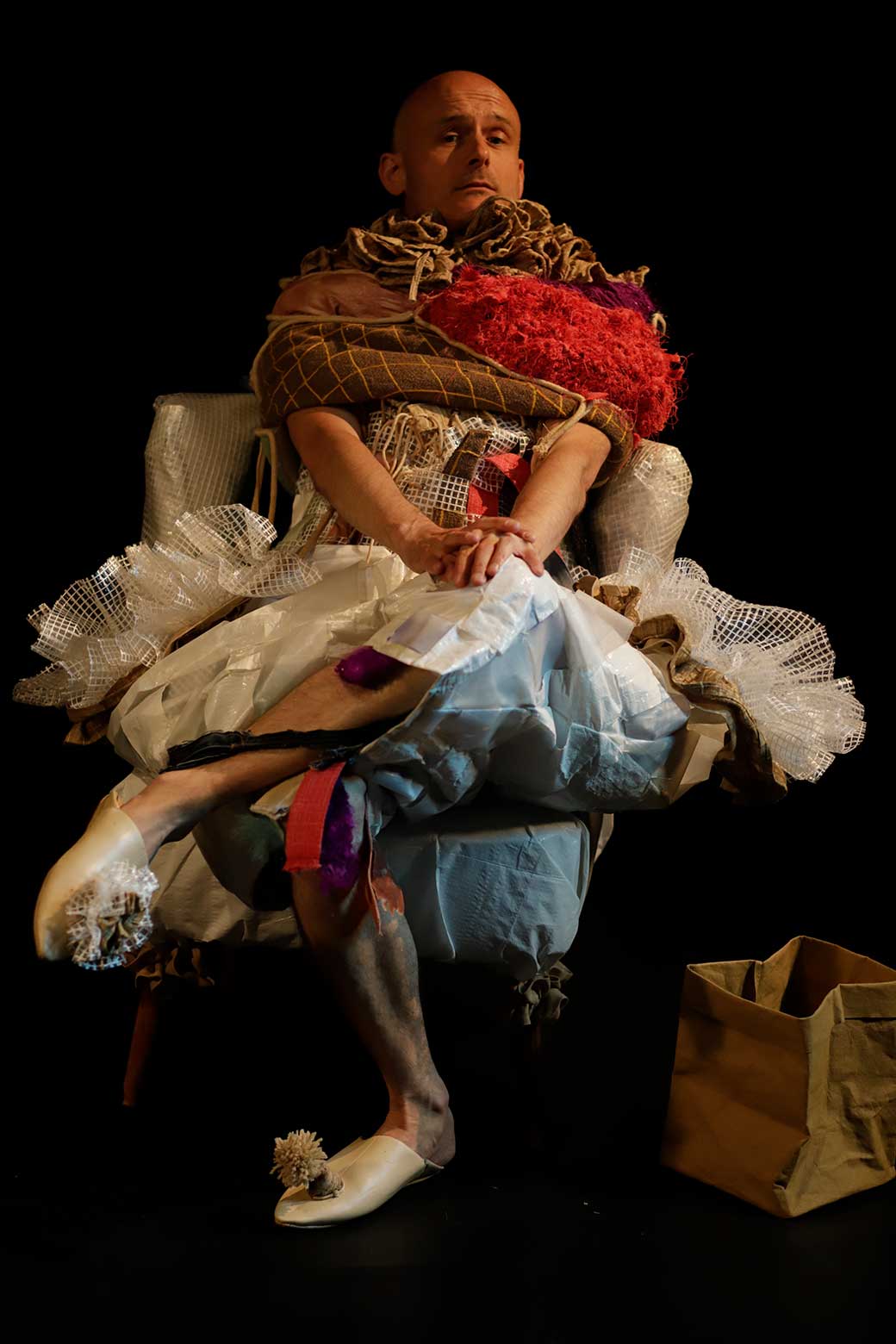 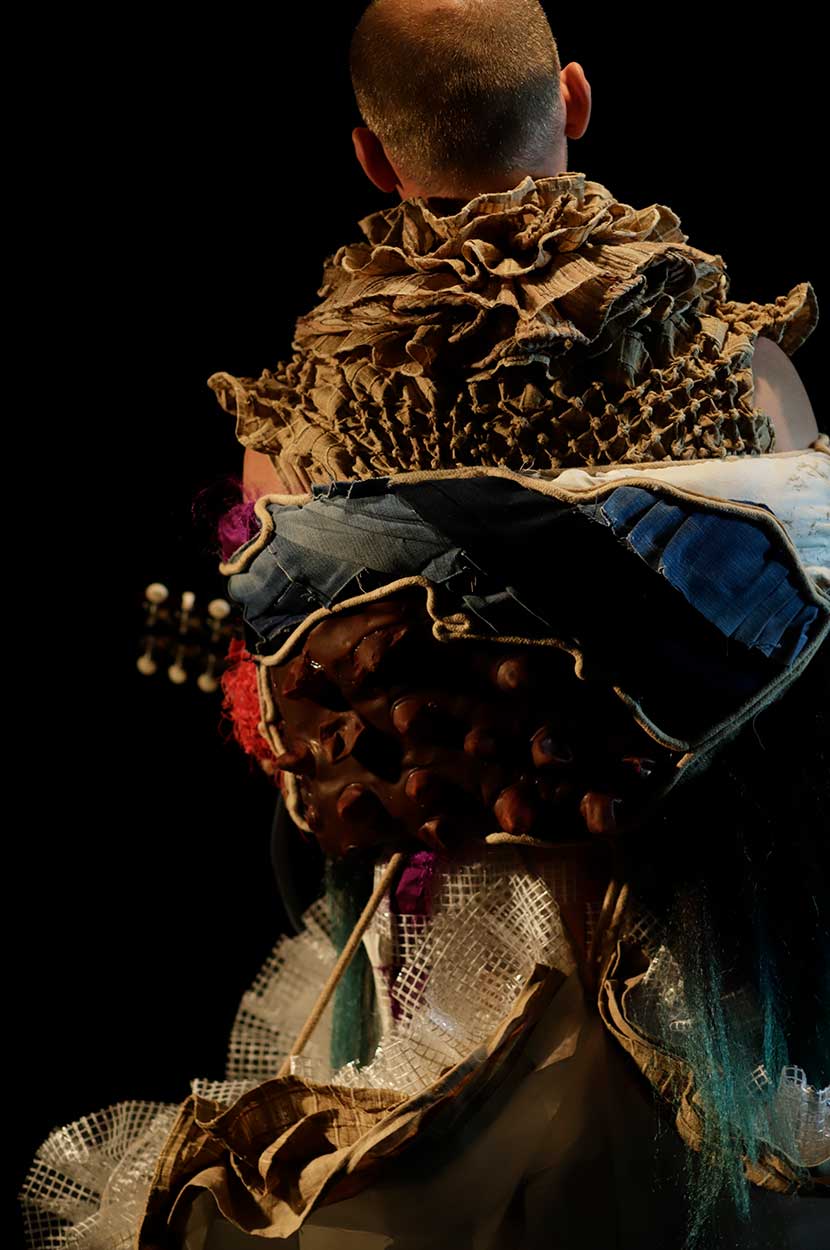 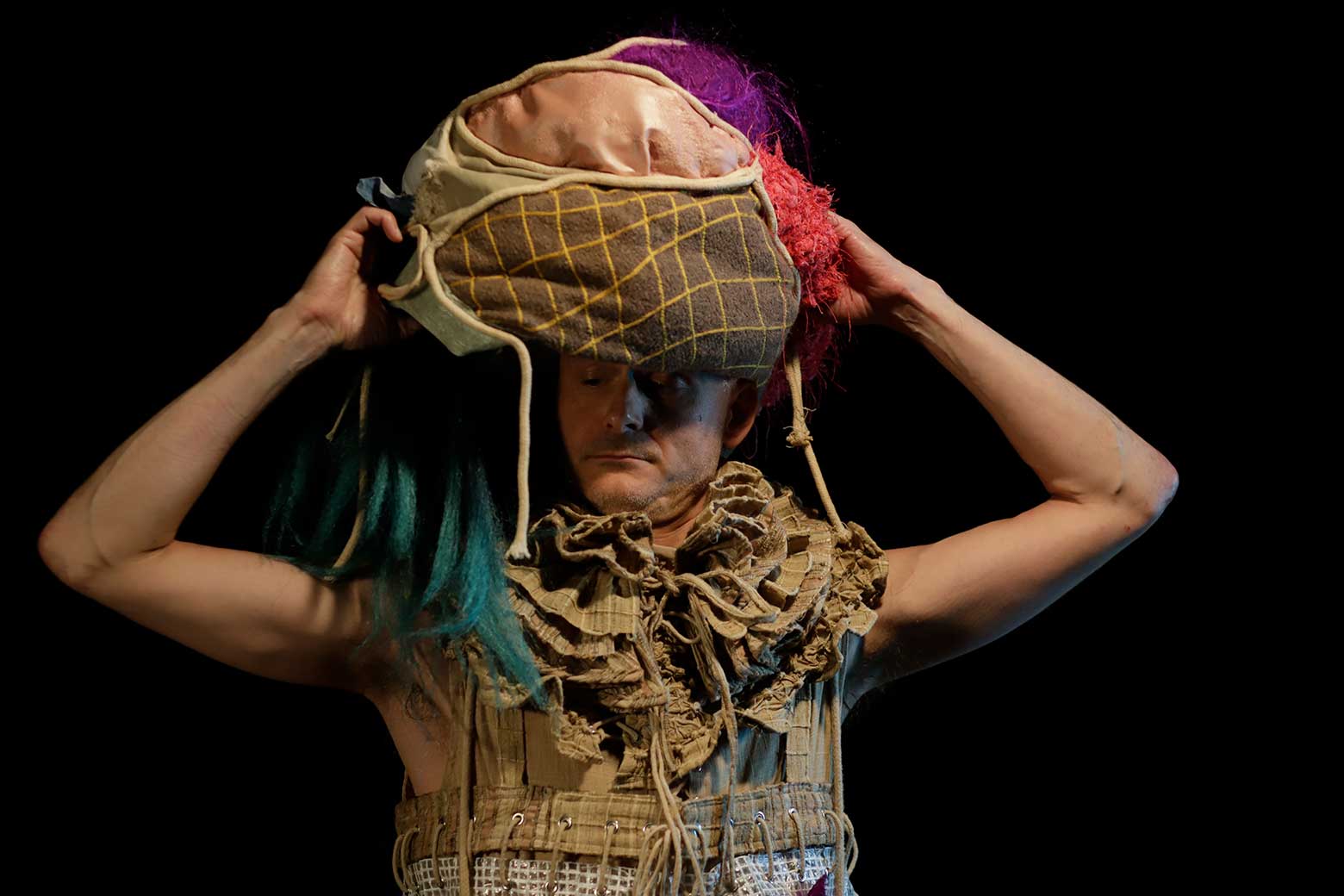 The Caucasian Chalk Circle’s Singer is a Live Performance costume based on the eponymous play. It resulted in a physical theatre worksphop led by Peta Lily and acted by Nancy Yuk and myself. This was the initial project at the MA Costume Design for Perfomance at LCF, UAL supervised by Donatella Barbieri. My version of Brecht’s play is placed on the Amazonian Rainforest, but a version of the formerly ancient and natural environment that has fictitiously been invaded by drug barons. 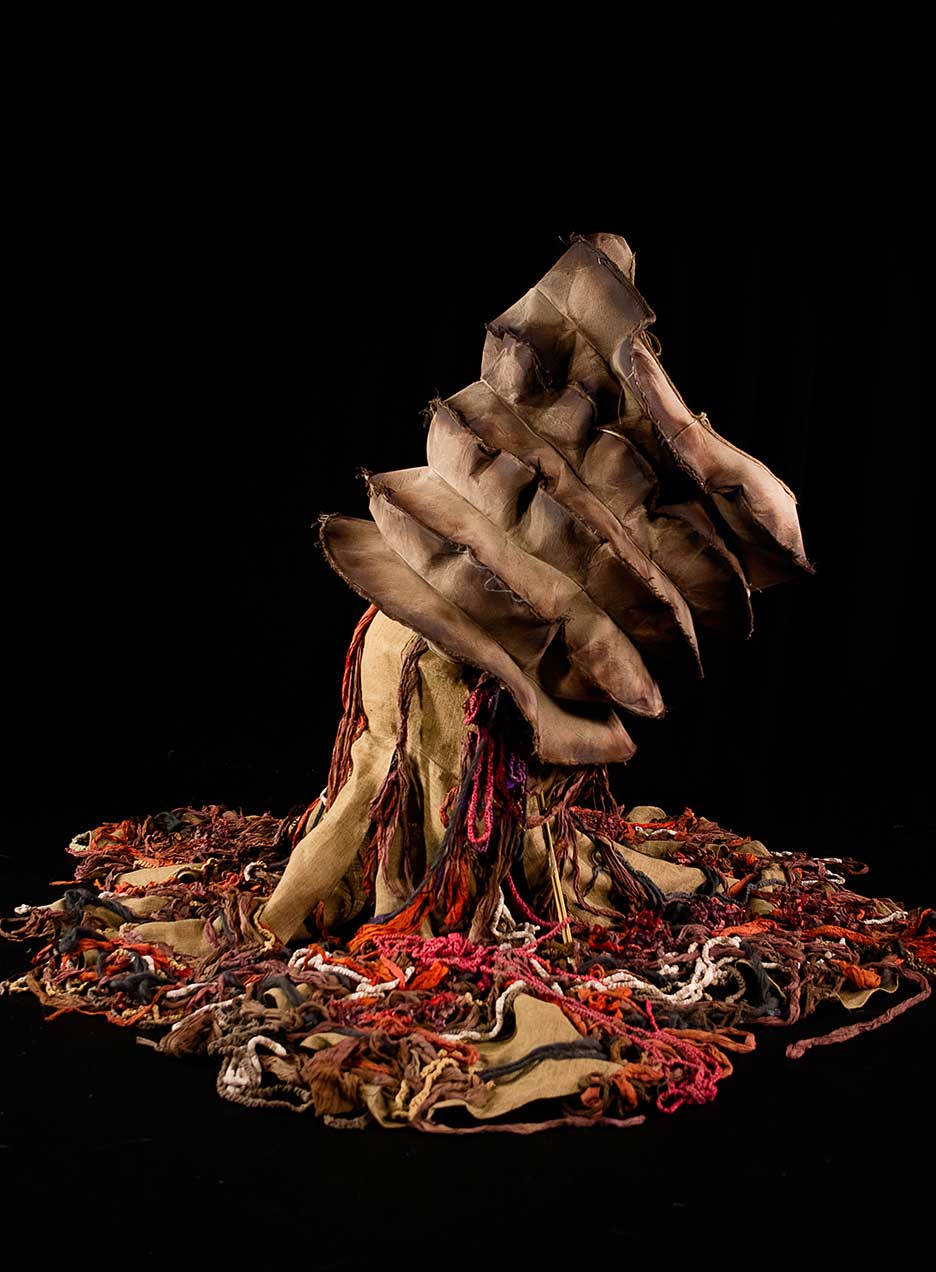 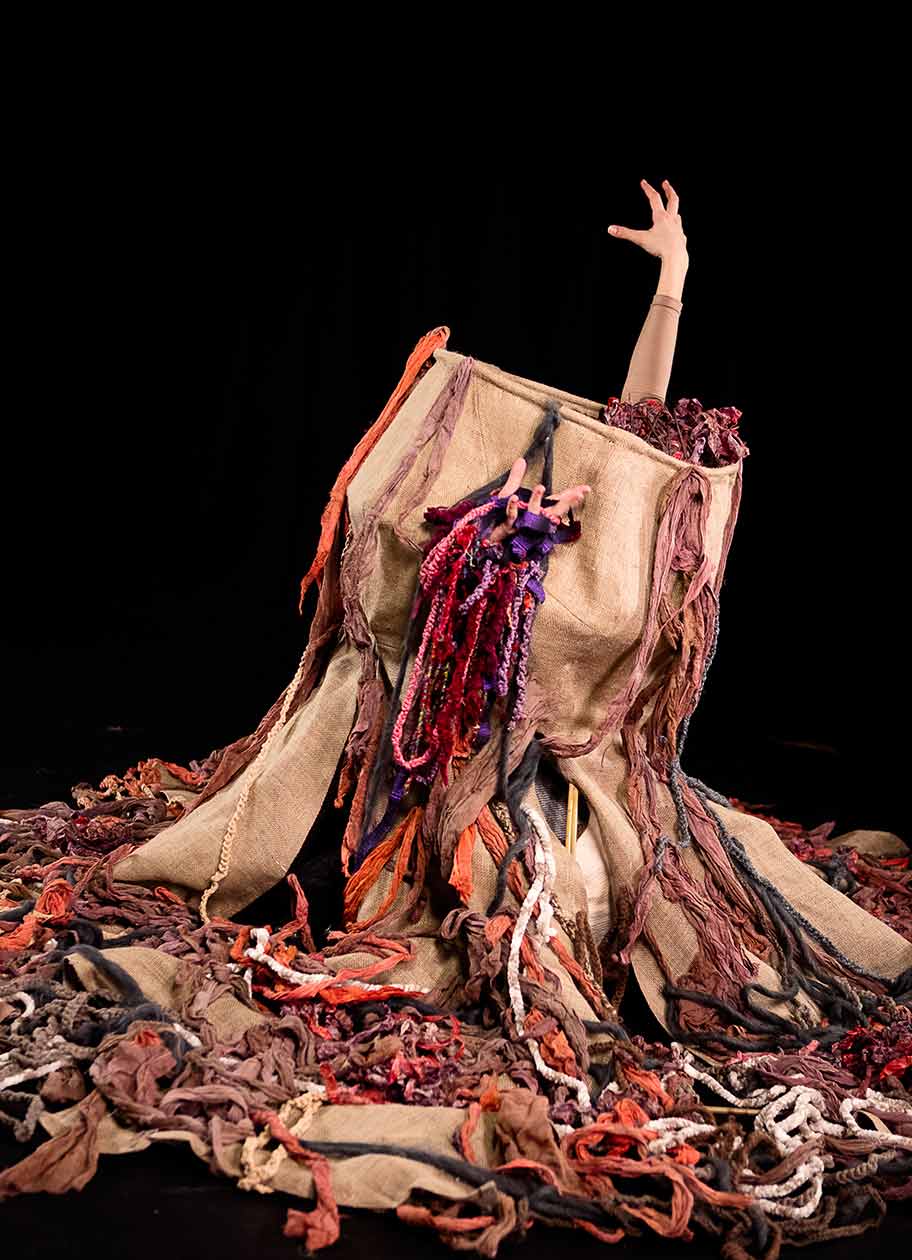 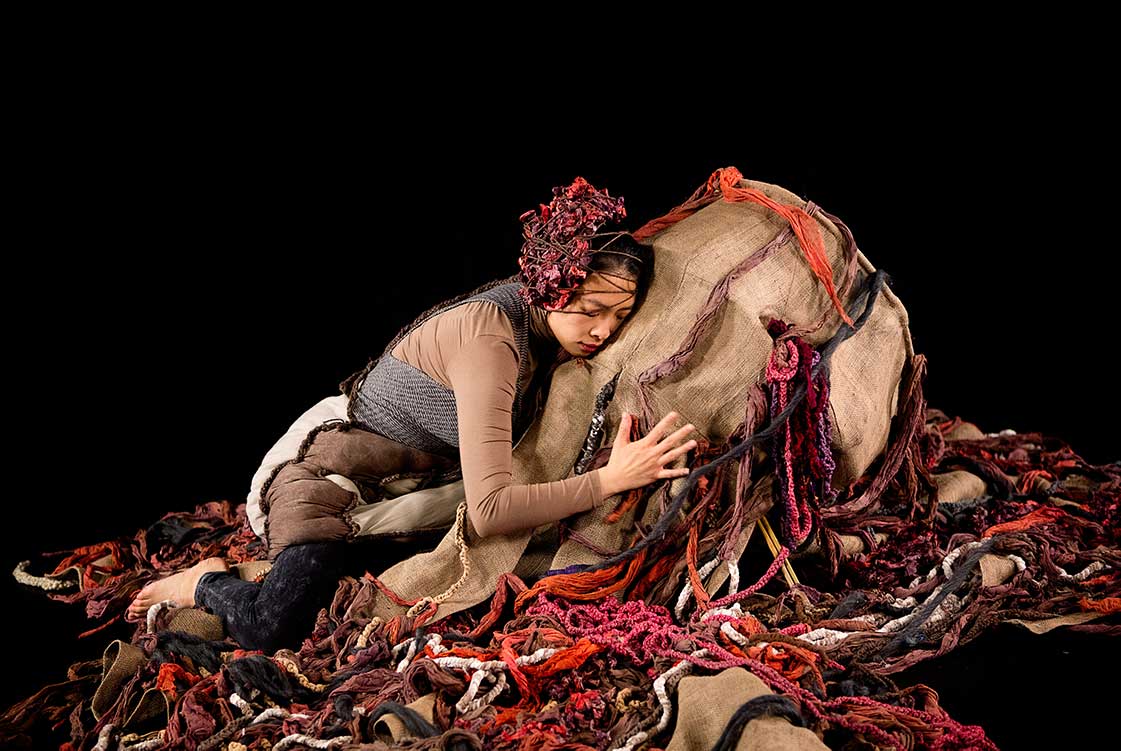 More examples of my work can be found in gabrielalotaif/work¶